Clinton and Patterson again team up for political thriller 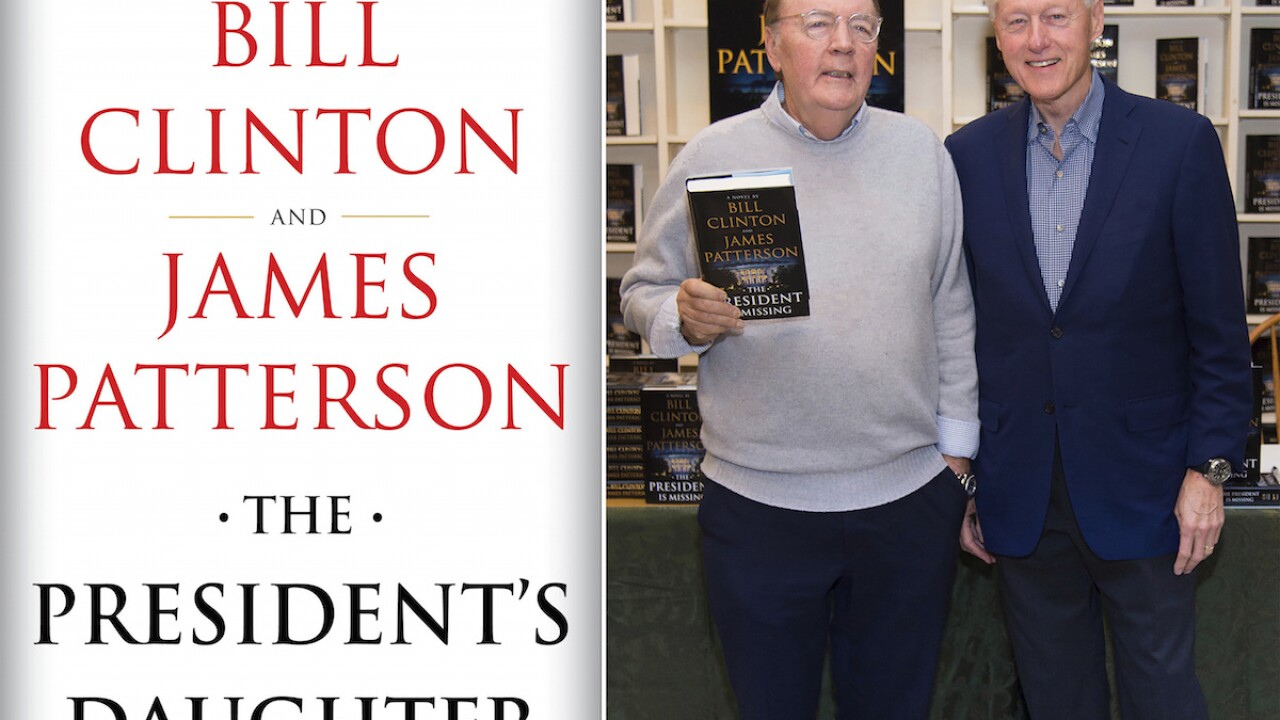 After co-writing the best-selling adult novel of 2018, Clinton and Patterson are working on another political thriller. "The President's Daughter" will be released in June 2021.

It is not a sequel to the million-selling "The President Is Missing," but a stand-alone novel with new characters, albeit one with a familiar occupation.

The plot centers on the kidnapping of a former president's daughter, retaliation for the U.S. policy of drone strikes overseas.

An excerpt of the book will be included in a release next week of a paperback edition of "The President Is Missing."