Clinton defends family's foundation, says it has been transparent 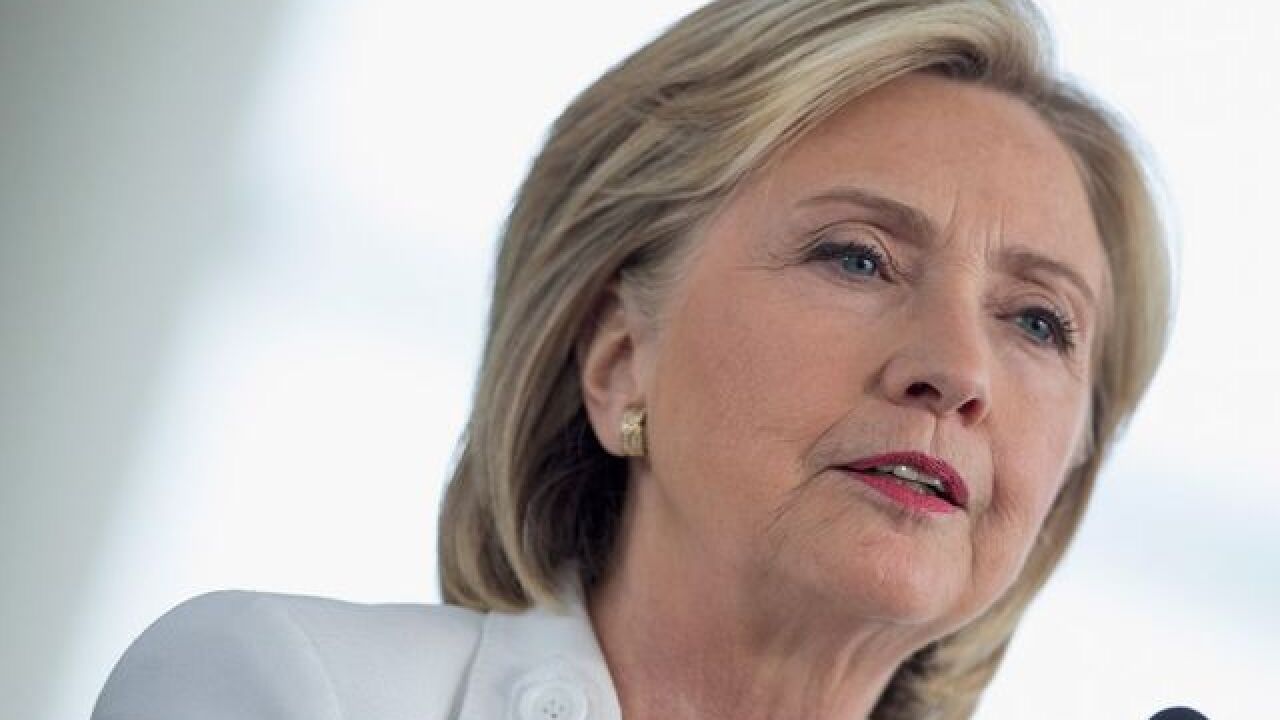 WASHINGTON (AP) — Hillary Clinton defended her family's charitable foundation on Wednesday against criticism from Donald Trump, saying it had provided more transparency than her Republican rival's sprawling business interests.
Clinton called into CNN's "AC360" to address Trump's suggestions that the foundation started by her husband, former President Bill Clinton, had been used to facilitate a pay-for-play scheme during her time at the State Department.
"What Trump has said is ridiculous. My work as secretary of state was not influenced by any outside forces. I made policies based on what I thought was right," Clinton said. She said the foundation had provided "life-saving work," adding that neither she nor her husband had ever drawn a salary from the charity.
"You know more about the foundation than you know about anything concerning Donald Trump's wealth, his business, his tax returns," Clinton said.
The phone interview came as her top campaign officials and allies are playing defense, arguing that the foundation has helped millions of people around the globe while Trump's business interests carry their own blind spots.
Before her interview, Clinton had largely ignored Trump's criticism of the foundation, with campaign officials figuring her late-summer advantage gives her few incentives to personally push back against the email criticism or allegations of pay-for-play.
Trump, helped by a revamped campaign team, has called for a special prosecutor to investigate the foundation and said it should be shut down immediately. The Republican nominee, who donated to the Clinton Foundation, has repeatedly charged that his opponent, while secretary of state, provided access to foundation contributors in exchange for donations to the charity at the heart of Bill Clinton's post-presidential legacy.
Clinton leads Trump in national and state polls, leaving many of her aides and supporters to conclude that addressing the issue isn't worth the risk to her electoral standing. But the issue is one that ties into voters larger questions about her trustworthiness — a problem that will follow her into the White House should she win.
Traveling in California, the Democratic nominee has kept out of the public eye for days, spending most of her time wooing celebrities, financial titans and technology moguls at private fundraisers. On Tuesday alone, she raised more than $6.2 million at four events in Southern California and the Bay Area.
Her last full-blown news conference was December 2015 in Iowa, more than 260 days. But the questions about emails and the foundation keep piling up, and she is certain to be challenged at the first debate with Trump on Sept. 26.
On Monday, the State Department said it was reviewing nearly 15,000 previously undisclosed emails recovered as part of the FBI inquiry, which was closed after investigators recommended against criminal charges.
On Tuesday, an Associated Press report found at least 85 people from private interests who met with or had phone conversations scheduled with Clinton while she led the State Department donated to the Clinton foundation. Combined, the donors contributed as much as $156 million to the charity.
Pushing back, Clinton said of the AP report, "I know there's a lot of smoke and there's no fire." She said it excluded 2,000 meetings she had held with world leaders and U.S. government officials and came to the conclusion that meetings she held with philanthropists like Melinda Gates or Nobel Prize winner Muhammad Yunus was connected to the foundation. "That is absurd," she said.
"It is only now because she is running for president that the work of the Clinton foundation is being tarred," spokesman Brian Fallon told MSNBC earlier in the day. "If any American voter is troubled by the idea that the Clintons want to continue working to solve the AIDS crisis on the side while Hillary Clinton is president, then don't vote for her."
In the CNN interview, the former secretary of state reiterated her regret about her use of a private server, saying, "I've been asked many, many questions in the past year with emails. What I've learned is that when I try to explain what happened, it can sound like I'm trying to excuse what I did. And there are no excuses."
Clinton is not expected to discuss the issue during a Thursday speech in Reno, Nevada, which will be focused on attacking Trump to the so-called "alt right" movement within the Republican Party that has strayed from mainstream conservatism.
"Hillary Clinton is in a pretty strong spot right now in the campaign given the repeated missteps by Trump and quite frankly if I'm her it may not be a bad thing to let Donald Trump be the only candidate making news on any given day," said GOP strategist Ryan Williams, a veteran of Mitt Romney's presidential campaigns.
Bill Clinton announced that next month's Clinton Global Initiative meeting in New York will be the final gathering. The meeting is scheduled for September 19-21, which means it will happen exactly one week before his wife's first presidential debate in New York.
Copyright 2016 The Associated Press. All rights reserved. This material may not be published, broadcast, rewritten or redistributed.