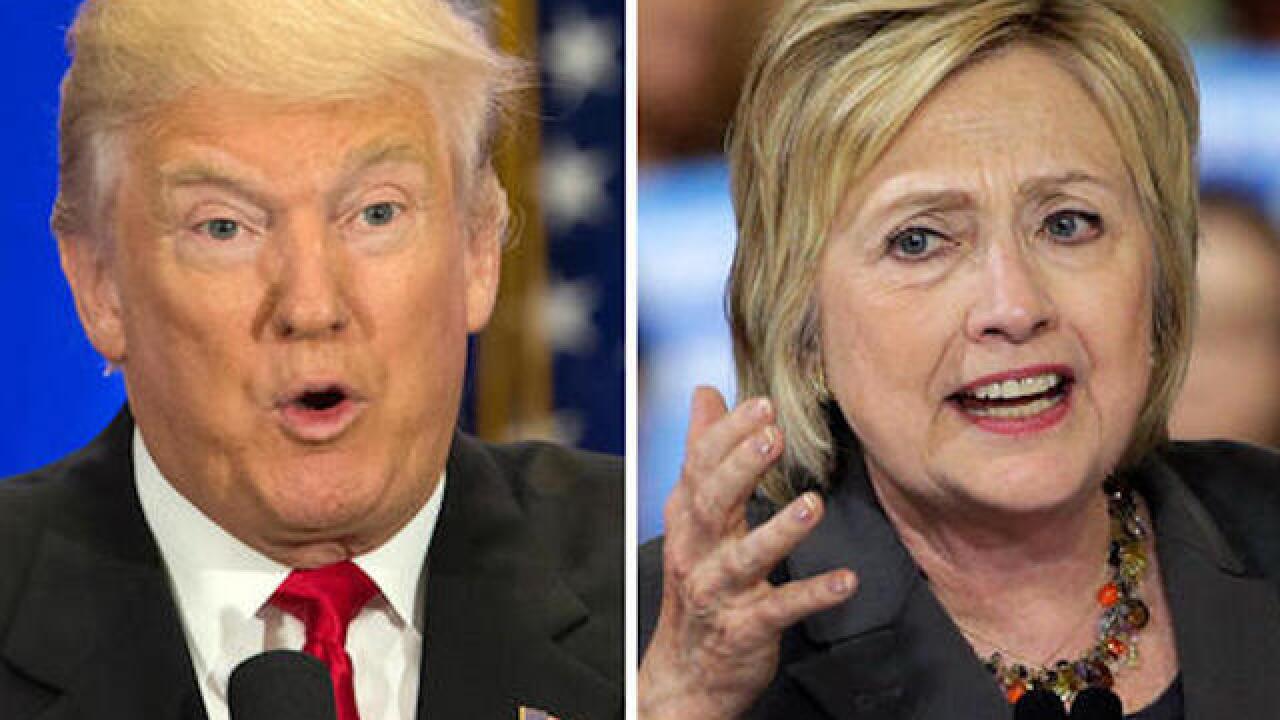 HANOVER, N.H. (AP) — While some voters may wish the presidential candidates would just go away, Dartmouth College has created an app for those who want to find them around every corner.

Instead of searching for Pokemon creatures, those playing the new augmented-reality game must find the nearest Hillary Clinton or Donald Trump "booth" and send their preferred candidate "good vibes" that allow them to grow in support.

Once a booth has received more than 50 percent of the "good vibes" from those who have discovered it, it takes on the face of that candidate. Players viewing the candidates will see them react with humorous expressions and hear them recite soundbites from the campaign trail.

The college says the game can be played in nearly 1 million locations in parks, libraries, monuments, cafes and other public places across the United States, as well as U.S. embassies around the world.

"Since the birth of democracy in ancient Greece, modern politics has been, in essence, a competitive game," said professor Mikhail Gronas, a specialist in digital humanities and Slavic studies who created the game with professor Joseph Bafumi, who specializes in American politics. "Games are often considered a less serious social activity; however, elections are some of our nation's most important political decisions and are very much game-like: we follow the scores or polls, and we root for our teams,"

Gronas said perhaps the game can "inject some lighthearted competition into this election season, lessen the acrimony and allow us to take a brief break from the tensions of the campaign."

Bafumi said he hopes the game will engage more people in the political process.