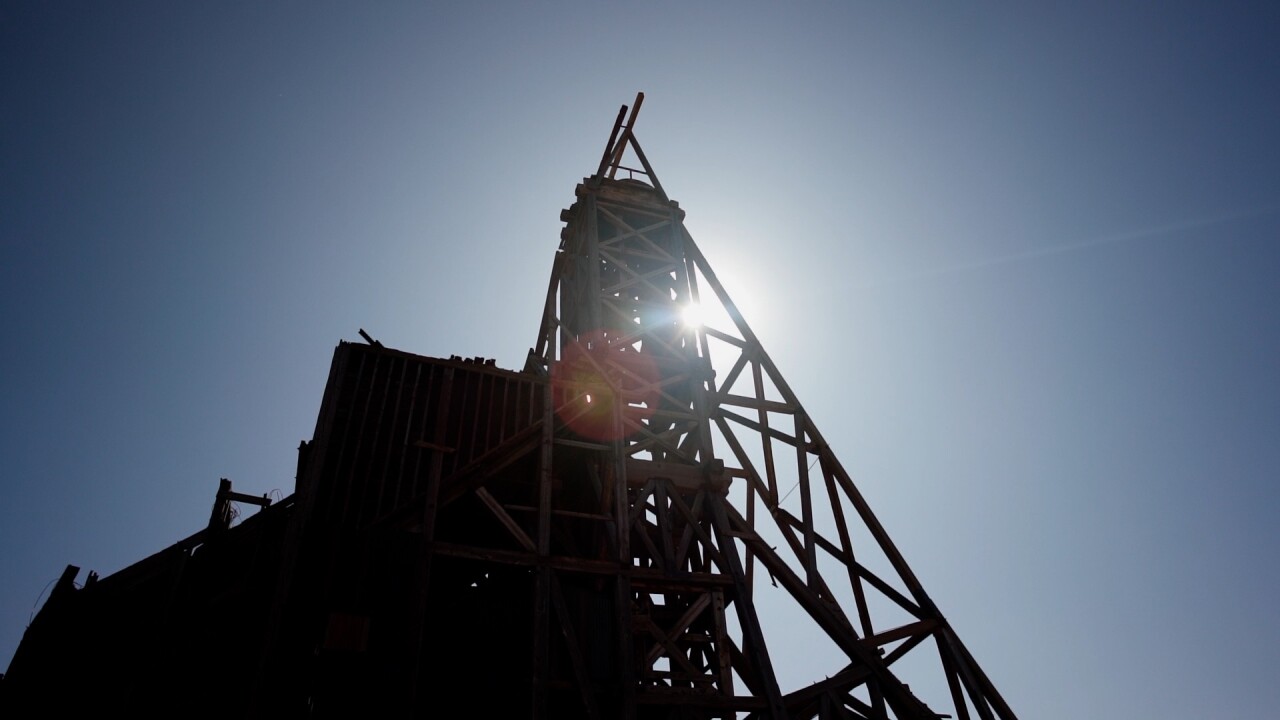 Victor, Colorado is a historic town known for the Gold Rush where the town thrived in the late 1800s. However, the town is starting to move into a new golden era dedicated to preserving the city’s history.

“Victor has a tendency to enchant people as soon as they enter the town,” said Becky Frank, who works for the city. “You can tell it has this feeling of ‘what is this place?’”

Victor appears to be a place frozen in time, but those who live there like it that way.

“Victor is kind of stuck,” said Karen Morrison, who owns the Victor Trading Post with her husband. “But it tends to captivate your imagination of what was here, and makes you wonder what could be here.”

The small town is full of authentic history. Ghosts of the town are still here –-the headframes of gold mines hang above Victor reminding it of its roots.

“It’s the site of the largest gold strike in Colorado, and it’s still mining to this day,” said Adam Zimmerli, the owner of the Monarch Hotel.

“Victor was the historic mining community,” Frank said. “The gold camp was here, where all the miners lived at the turn of the century when gold was discovered here.

The town at its peak during the gold rush had more than 18,000 people living in Victor.

When mining stopped, people left. But when it resumed in 1990, things weren’t as vibrant as back in the day.

“Our current population in Victor is about 400-year-round residents,” Frank said.

While thousands of people left, all the buildings stayed.

“We’re kind of stuck in the 1900s,” Morrison said. “That’s when our building was built after the fire.”

Morrison owns Victor Trading Post where her and her husband are most famous for handmaking brooms.

“We’ve lived here for 29 years,” Morrison said. “The shakers came up with this broom making in the 1790s. We can make brooms the same way because they were good.”

Tradition, like Morrison’s, can be found on every corner in Victor.

“We have lived here for 19 years,” said Gertrude Wuellner, the owner of Gold Camp Bakery. “My husband is German as well, and we came up to Victor on a visit and decided if we ever got those visas, we would move up here. It was the mining history and the area that made us move up here.”

Victor is trying to progress its town by keeping things the same. The historic buildings are now occupied with current businesses to help keep things more authentic in the community. The 125-year-old town has put in $10 million in improvements in the town and preservation of historic buildings.

“A building that is occupied is maintained better,” Frank said. “It’s got a life to it that the empty building don’t have. And we have played some creative strategies to make that happen.”

Zimmerli is one example of that creative strategy.

“The building I owned was originally a saloon, brothel and casino when it was built in 1899,” Zimmerli said. “It was advertised as the finest gentlemen’s club west of the Mississippi. Now, it’s a hotel I owned, and we are continuing to expand into the building for more rooms.”

Victor is now trying to stay on this path of preservation. For those who live here, it’s not about new development but preservation to remain stuck in time.

“There was never enough money to modernize it in the sixties and seventies,” Morrison said. Now, people appreciate the history and the heritage, and the old buildings. We get a lot of people coming up here because of the history, and that Victor hasn’t changed a whole lot.”