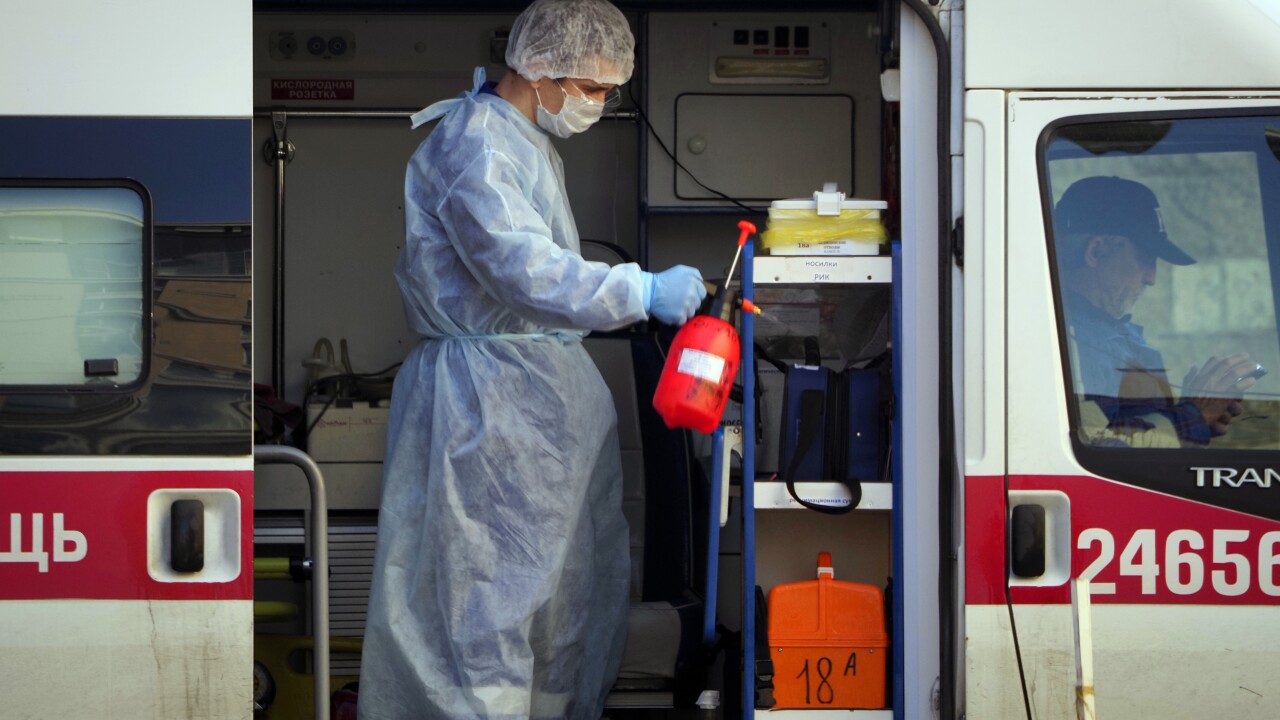 Copyright 2020 The Associated Press. All rights reserved
Dmitri Lovetsky/AP
A medical worker wearing protective equipment sprays disinfectant at his ambulance after delivering a patient suspected of being infected with the coronavirus to the Pokrovskaya hospital in St.Petersburg, Russia, Monday, May 4, 2020. (AP Photo/Dmitri Lovetsky)

MOSCOW (AP) — Officials in Russia say two doctors have died and another was seriously hurt in falls from hospital windows after they reportedly came under pressure over working conditions in the coronavirus pandemic.

The circumstances of the separate incidents in the last two weeks remain unclear and they are under investigation. But they underscore the enormous strains that doctors and nurses have faced in Russia.

Reports said two of the doctors had protested their working conditions and the third was being blamed after her colleagues contracted the virus.

Doctors have criticized equipment shortages and infection control procedures, with many saying they have been threatened with dismissal or even prosecution for going public.