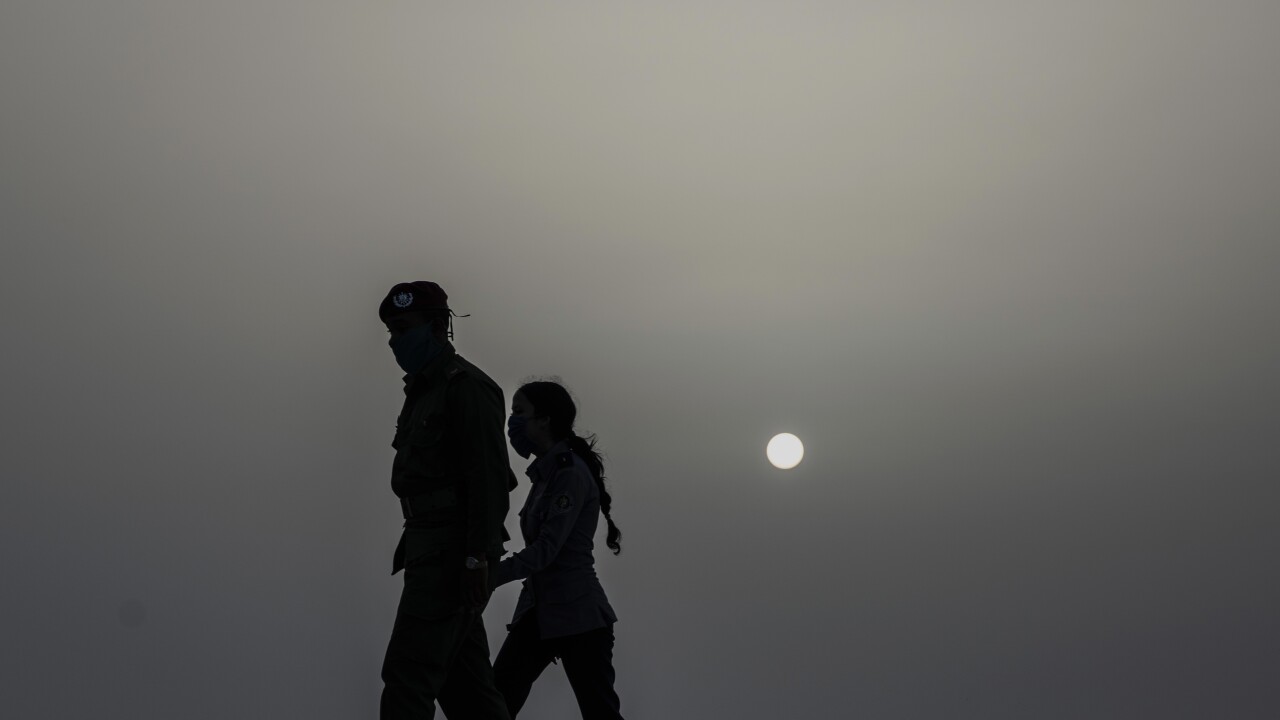 Copyright 2020 The Associated Press. All rights reserved.
Ramon Espinosa/AP
Police officers wearing masks as a precaution against the spread of the new coronavirus walk at dusk under a cloud of Sahara dust hanging in the air in Havana on Wednesday, June 24, 2020. The massive cloud of dust is blanketing the Caribbean as it heads to the United States. (AP Photo/Ramon Espinosa)

A cloud of dust from the Sahara Desert in North Africa is now sitting over the Southeastern U.S. and the Gulf of Mexico. It brings increased particles into the air and could cause respiratory issues while many states struggle with COVID-19 cases.

An animation from NASA shows the movement of the plume and where it sits as of June 25. Saharan dust plumes moving east-to-west across the Atlantic are nothing new. However, this plume is thicker than normal, bringing higher levels of desert dust to the atmosphere.

The Saharan Air Layer remains quite active as dust continues to stream west off the African coast. The initial plume is currently over much of the Southeast US with another large plume approaching the Caribbean. Here is the latest (Fri June 26) 10 day computer model dust forecast pic.twitter.com/0KUxLkOkjA

Air particle readings from Puerto Rico earlier this week were the highest in decades, and air quality levels were labeled “hazardous”. The increased level of particles from the dust plume can stick around for one to two weeks.

Many health specialists are concerned about those battling respiratory symptoms tied to COVID-19. Increased particles in the air can cause anyone to have minor breathing issues, especially people who have respiratory issues like asthma or COPD.

The National Weather Service says the dust plume will calm tropical storms in the Gulf of Mexico, because of the dry air.

"The dust is part of a large exceptionally dry layer of air that originated over the Sahara Desert. This hot, dry air layer has a temperature inversion and wind shear that inhibits storm development," the agency stated on their Twitter account for the Eastern Region.

The increased dust particles will also make for more "colorful" sunrises and sunsets. Typically, air molecules and dust particles in the atmosphere change the direction of light waves, causing them to "scatter".