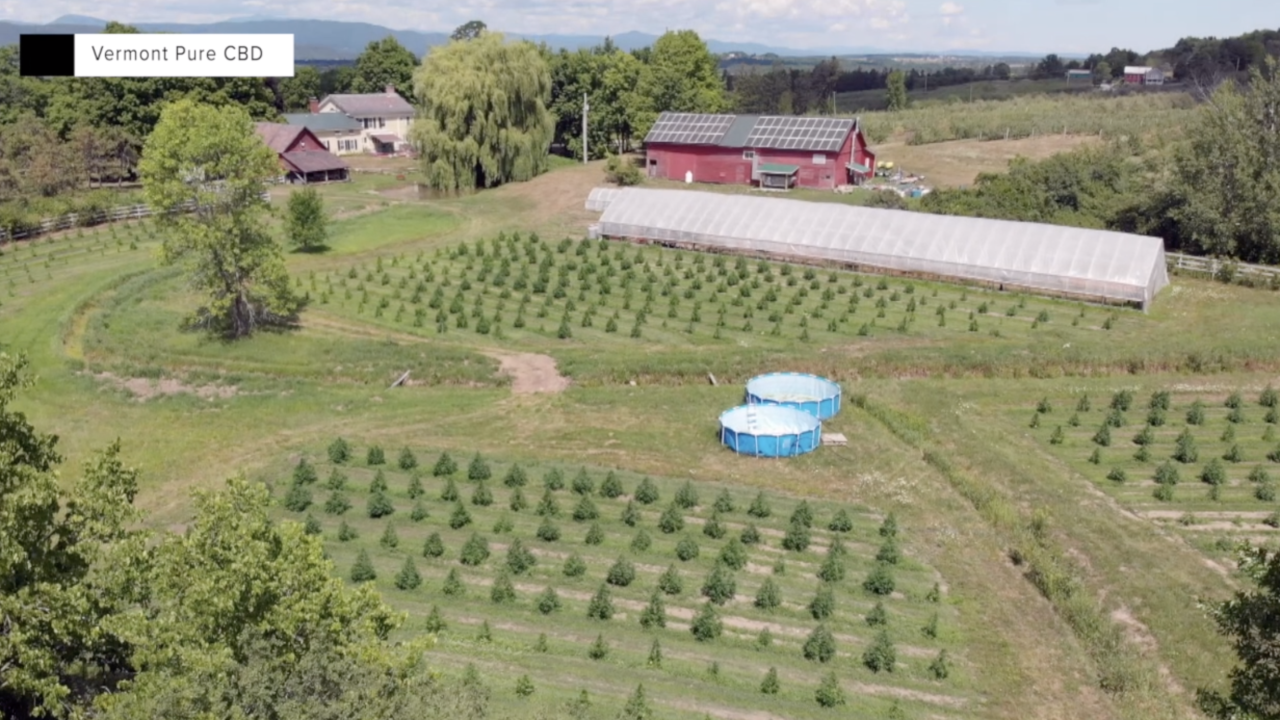 Nestled along the edge of Lake Champlain, where Vermont and New York meet, is the kind of place postcards aspire.

Beautiful farmlands like Seth Lapidow’s sit in Shoreham, Vermont. But while there are some animals on Lapidow’s farm, he’s a very different kind of farmer.

But when COVID-19 struck, the farm had to shut down for two months. There was no harvesting and no retail sales. Even months after the shutdown, there are still streams of revenue for this farm that have disappeared completely.

After initially laying off all his employees, he has been able to rehire most of them. Sales are still down year-to-year, but COVID is giving some in the industry an unexpected boost.

Researchers at Augusta University in Georgia have found new evidence that cannabis-derived CBD may help those suffering from severe lung inflammation that occurs in more serious cases of COVID-19.

Legally, because it's not FDA approved, Lapidow can't make claims about what his products do. But many of his customers are using CBD creams, pills, and even bath soaps to help deal with the anxiety so many of us are feeling during the pandemic.

“It just binds to receptors in your system and seems to balance things out for a lot of people,” he noted.

As for Vermont Pure CBD, they, like so many other small businesses, are just trying to be creative preparing for how COVID-19 might change the landscape of their farm.