Could Florence redevelop and strike the US again? 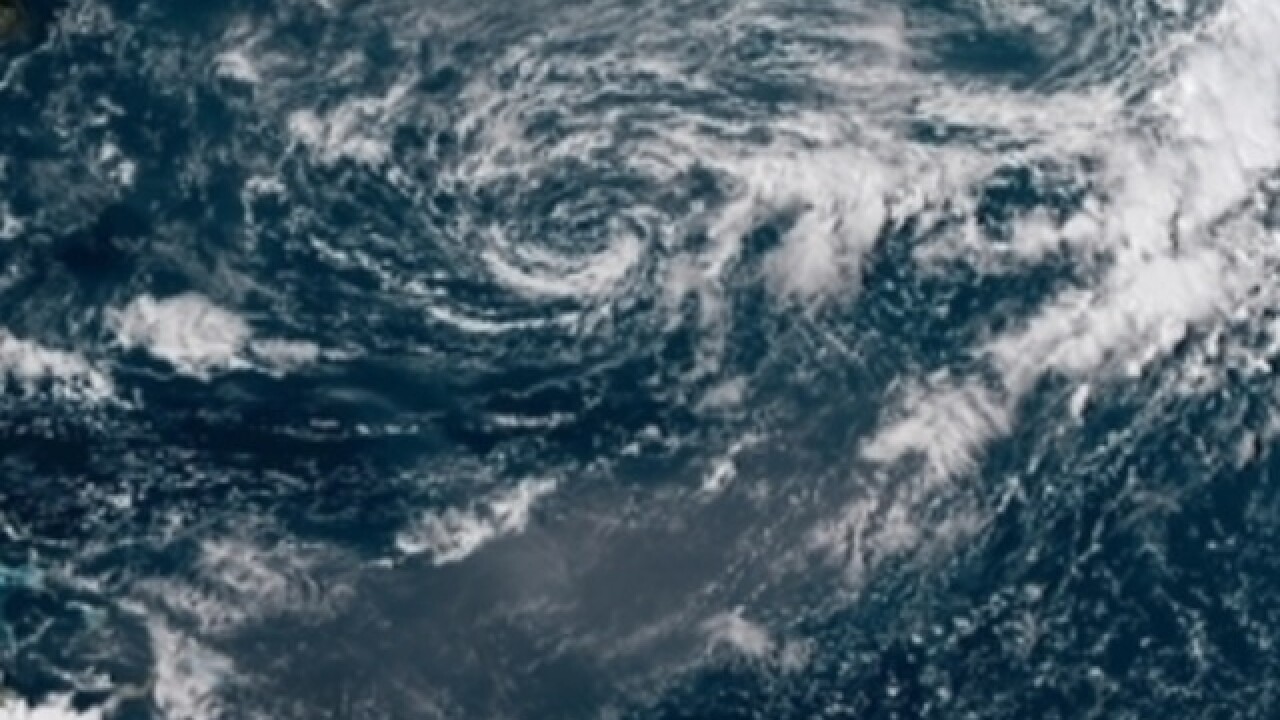 Copyright 2018 Scripps Media, Inc. All rights reserved. This material may not be published, broadcast, rewritten, or redistributed.
<p>NOAA satellite Friday afternoon of the swirl of clouds formerly associated with Florence. </p>

It is the storm that won't die.

More than a week after Hurricane Florence struck the North Carolina coast, leaving behind a trail of destruction brought on by heavy rains, storm surge and tornadoes, remnant moisture from the hurricane remains over the central Atlantic and could redevelop next week.

After Hurricane Florence inundated the Carolinas, it slowly turned north and east, eventually exiting the US late Tuesday, after giving New England a bout of heavy rain. As of Friday evening, there is a small swirl of clouds near Bermuda, which were once connected to Florence.

"A broad area of low pressure located about 100 miles southeast of Bermuda is producing minimal shower activity." the National Hurricane Center said. "Development of this system is not expected during the next couple of days due to dry air and strong upper-level winds. However, environmental conditions could become more conducive for slow development when the system moves over the southwestern Atlantic Ocean during the early and middle part of next week."

According to Accuweather, some computer models suggest the system could trek over the Carolinas next week. But given conditions in the Atlantic, it is highly unlikely to pose the same sort of threat that Florence had a week ago.

"Since this feature is so weak to begin with, chances for development prior to it reaching North Carolina are quite low at this point," Accuweather meteorologist Dan Kottlowski said on its website.

The system formally known as Florence is just one of four areas the National Hurricane Center is monitoring for possible development in the next five days. The storm with the best chance of developing over the next two days is a system just east of the Carribean Sea. That system has a 40 percent chance of development.

Two other systems also could develop in the Atlantic Ocean, but would not pose any immediate threat to land.