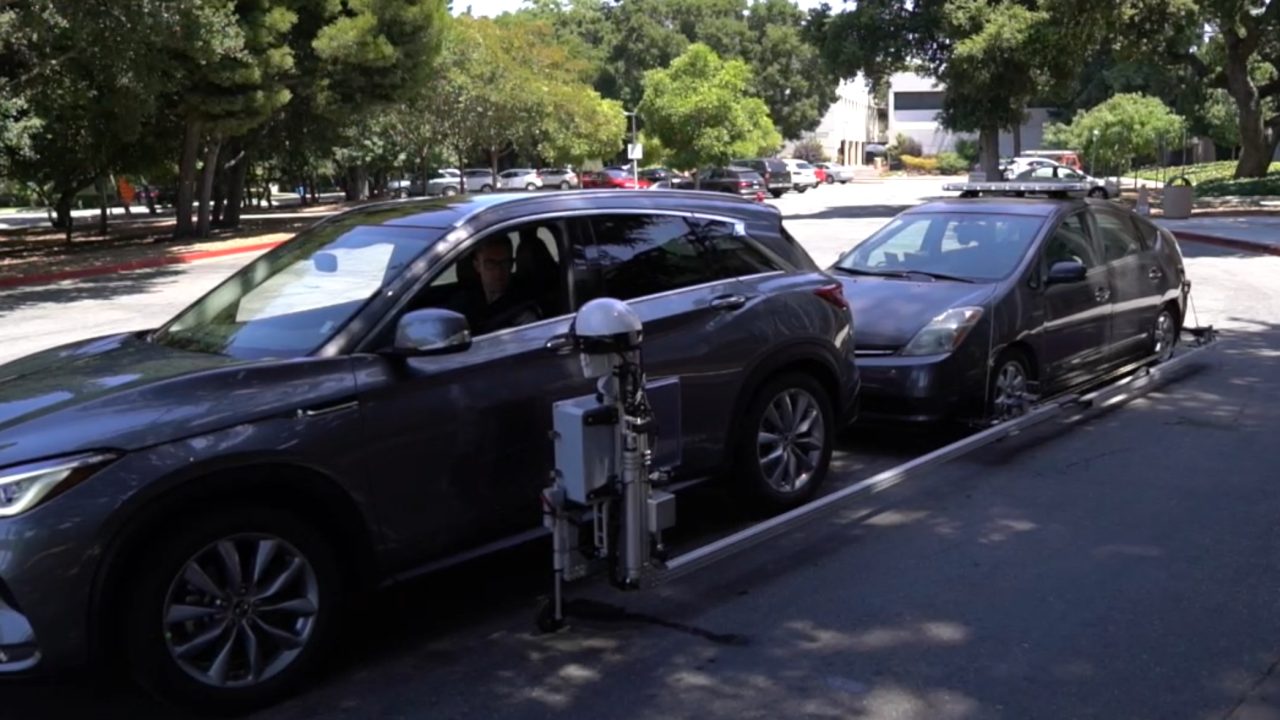 If inventor Reuben Brewer’s prototype goes mainstream, we may all be pulled over by robotic police officers one day.

Brewer’s invention called the GoBetween is essentially a robotic arm attached to the front driver’s side of his vehicle—acting as a police cruiser—and would extend forward toward the driver side window of a car that an officer has pulled over. On the other end of the arm is a module complete with audio and visual chat screen so the officer and driver can communicate.

The device scans for a driver’s license and registration. It can even print out the ticket.

“The overarching idea is a robot that goes between the police car and a motorist’s car, so the officer doesn’t physically have to go up to the motorist’s window,” Brewer says.

Brewer says he’d seen too many headlines about police stops turning deadly, most notably the death of Minnesota driver Philando Castile in 2016.

“For years. it had been story after story on the news about people being shot by police during traffic stops and vice versa,” Brewer says, describing the impetus for the invention. “If you can keep the person out of harm’s way and send a robot, that would be a win.”

The robot, of course, wouldn’t be making arrests, but simple traffic violations could be issued, including a printed physical ticket. That would all happen from the module positioned next to the driver’s window.

Critics have said this does nothing to solve the fraught relationship between the public and the police, and that this device, if picked up by police departments, would merely be a Band-Aid solution. Brewer wouldn’t disagree.

“Every year that you don’t put a Band-Aid on, you’ve got 100 people dead and you’ve got 200,000 people that had physical force or assault used on them,” Brewer says in response. “So, I vote for the Band-Aid now, while other people figure out the solution.”

But there is one feature on the GoBetween that’s gotten more chuckles than anything else: the police-style helmet attached to the top of the video chat monitor.

“It looks awesome,” Brewer says, laughing. “That’s the only purpose.”

Right now, the GoBetween is just a proof-of-concept device, and Brewer is currently working on a second prototype. He hopes that police departments might start picking it up within the next two years.