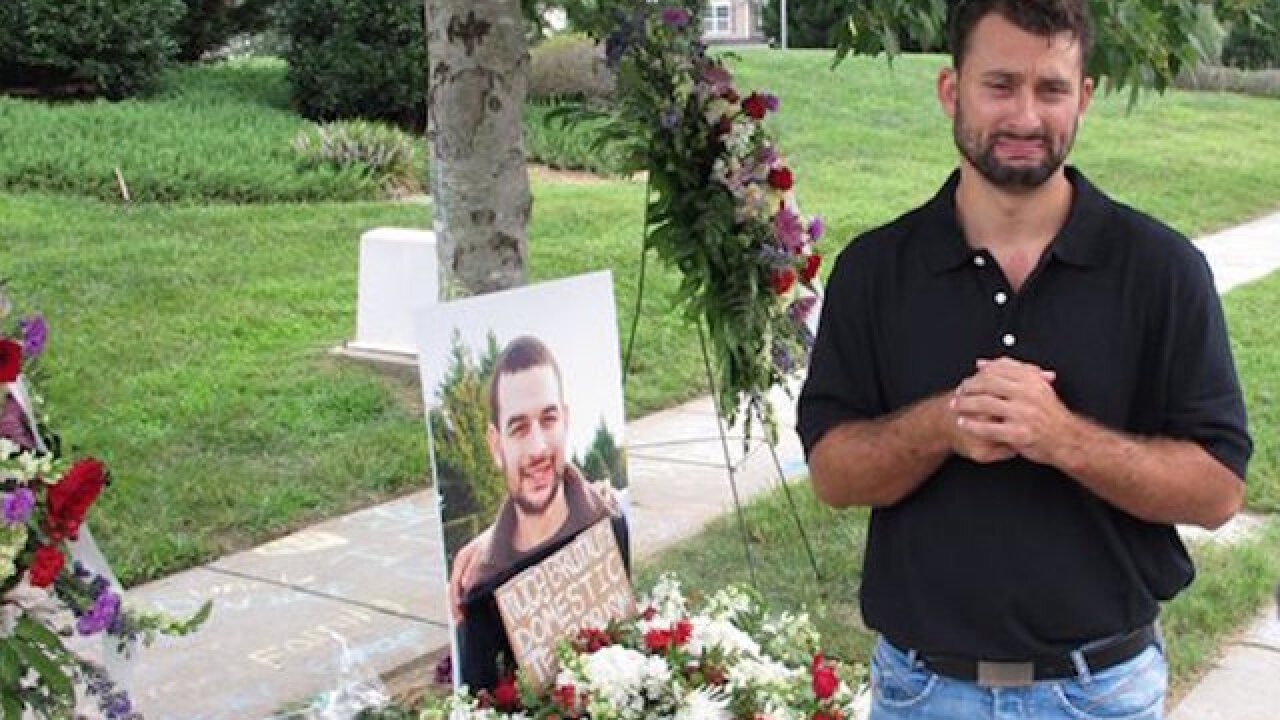 Allen G. Breed
<p>Sam Harris stands beside a memorial to his brother, Daniel Kevin Harris, in their Charlotte, N.C., neighborhood on Wednesday, Aug. 24, 2016. Daniel was shot by a state trooper last week after officers in a traffic stop that turned deadly. The family of Daniel said he was unarmed and suggested the sequence of events was a tragic misunderstanding ó the type the state's training manual warns troopers to avoid. (AP Photo/Allen G. Breed)</p>

A deaf driver shot to death by a North Carolina state trooper drove up to 100 mph during the chase and didn't stop even after the officer intentionally wrecked his vehicle, according to police radio traffic released Tuesday.

The conversation between Trooper Jermaine Saunders and the dispatcher does not include any interaction between Saunders and Daniel Harris. Saunders also doesn't say why he shot Harris when he turned down the road leading to his Charlotte home, jumped out of the car and ran.

Saunders tried to pull Harris over after clocking him going 88 mph in a 70 mph zone on Interstate 485 around 6:15 p.m. Aug. 18, according to the radio traffic.

Saunders chased Harris about 6 miles down the interstate with his lights on, reporting his speed at 100 mph, then 90 mph, before ramming Harris' car with his cruiser to try and end the chase before Harris left the highway.

Saunders quickly radioed that Harris drove off. Officers are then heard discussing creating a rolling roadblock to box Harris' car in on the two-lane road he was driving, but Harris made it to Seven Oaks Drive where he lived with his family.

The chase ends with Saunders reporting a "jump and run" and then repeating "shots fired" several times before saying "I've got one person down."

The State Bureau of Investigation is investigating. Saunders has been placed on administrative leave with pay.

Harris' family said he was scared of police after several misunderstandings with officers because he could not hear.

An Associated Press review of public records shows a few traffic charges against Harris from other states, including damaging his employer's vehicle with his own car after he was fired last year, according to a Denver police report. In December 2010, he pleaded guilty to interfering with or resisting police in Watertown, Connecticut.