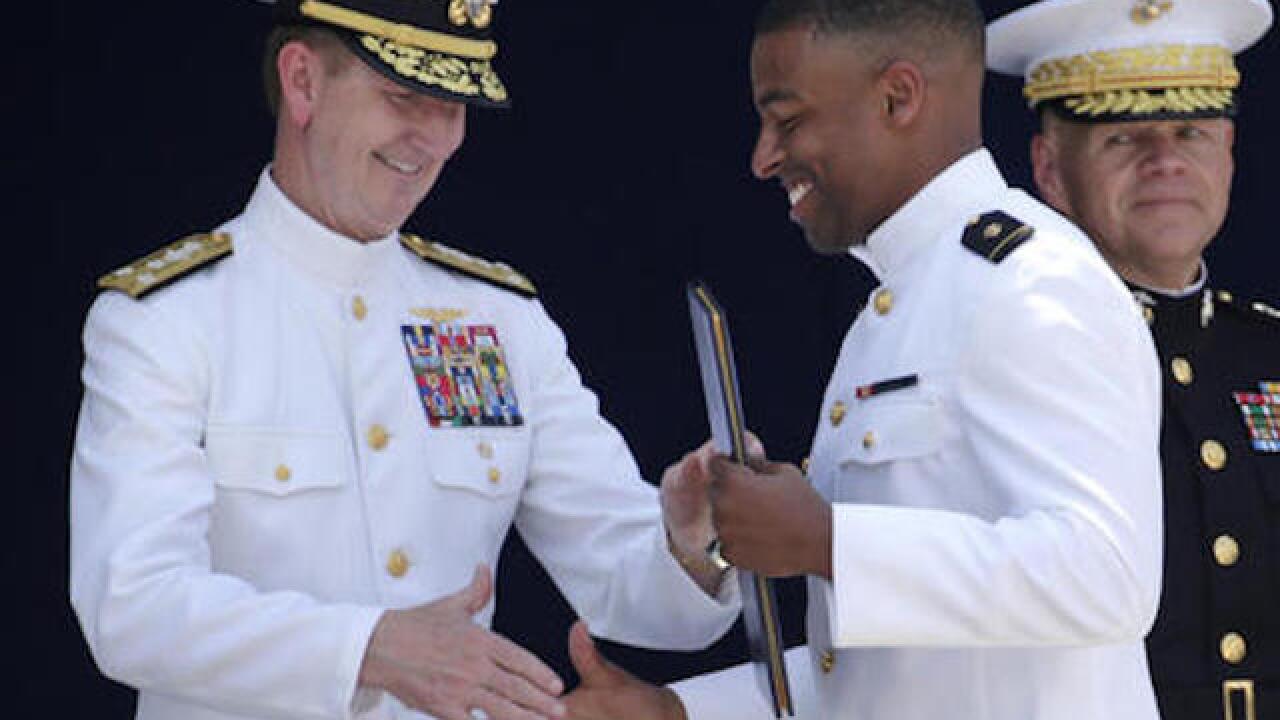 ANNAPOLIS, Md. (AP) — Keenan Reynolds will get his chance to play in the NFL this season.

Defense Secretary Ashton Carter announced Friday that the record-setting Navy quarterback Reynolds and fullback Chris Swain can defer their military service to play in the NFL.

Carter made the announcement during his graduation speech to the academy in Annapolis. As students cheered the news about their graduating classmates, Carter said: "Go get 'em."

Reynolds was drafted in the sixth round by the Baltimore Ravens. He is the NCAA's career leader in touchdowns with 88. He had 31 touchdown passes while leading Navy's triple-option offense. The Ravens plan to use him as a running back, receiver and kick returner.

Swain has signed with the San Diego Chargers.

Reynolds said in a statement released by the team that it was a "blessing" to hear the news from Carter.

"I am truly excited to proudly serve my country while having the ability fulfill my dream of playing for the best organization in the NFL," he said. "I would like to thank the Navy for allowing me to represent them while taking advantage of this unique opportunity.