Rivals to Trump and Clinton fading 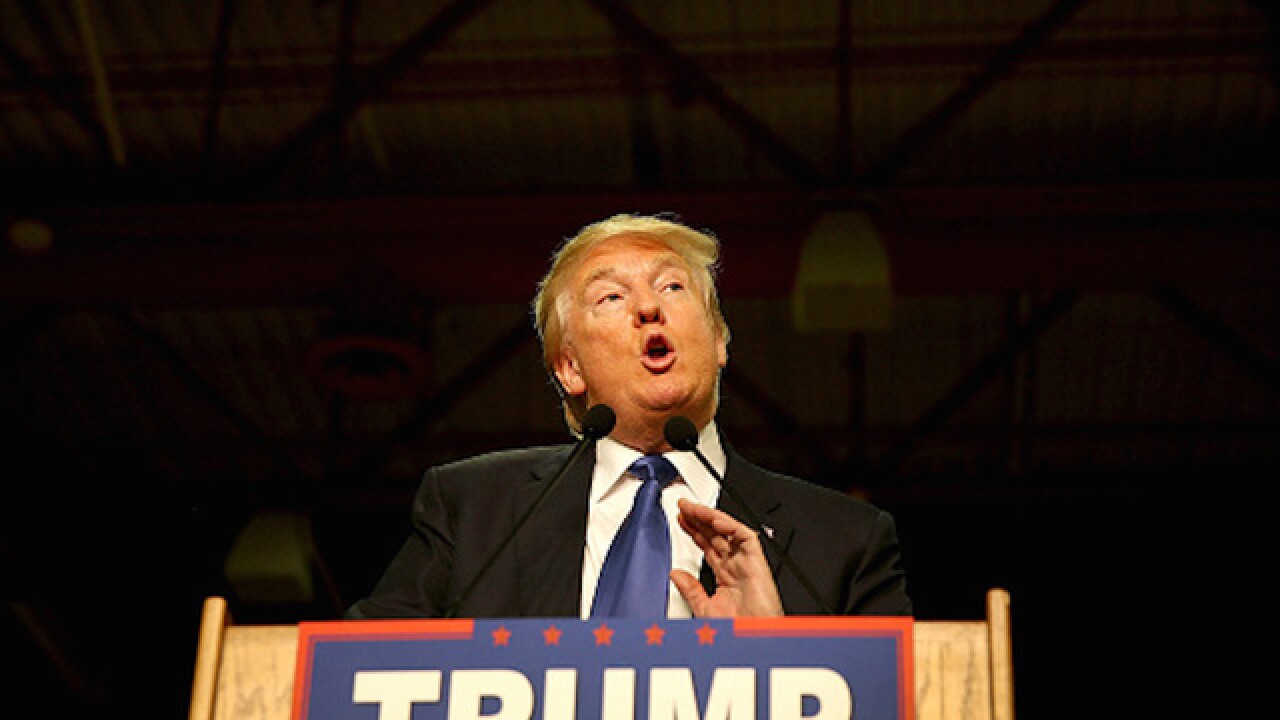 PROVIDENCE, R.I. (AP) — Hillary Clinton and Donald Trump surged Sunday toward another round of pivotal presidential primaries as their party leaders faced new questions about internal divisions that could complicate their nominees' general election chances.

With less than 48 hours before voting began across five Northeastern states, GOP front-runner Donald Trump looked ahead to Tuesday's contests in five states where he's poised to do well and to a foreign policy speech later in the week. Republican challenger Ted Cruz, meanwhile, abandoned the Tuesday states and instead campaigned in Indiana, which votes May 3.

On the Democratic side, underdog Bernie Sanders, meanwhile, rallied thousands of voters in Rhode Island, looking to the smallest state in the nation for momentum even as he appeared to soften his attacks on Clinton.

"If Secretary Clinton is the nominee — and we're not giving this thing up, we're going all the way to California — but if she is the nominee, I would hope that she puts together the strongest progressive agenda," Sanders said on ABC's "This Week" before courting voters in Rhode Island's capital city.

Clinton hoped Tuesday's contests in Rhode Island, Pennsylvania, Connecticut, Maryland and Delaware would mark a turning point in her quest for the Democratic nomination. Victories in four or five states would all but cripple Sanders' White House bid.

The former secretary of state opened her day at a Philadelphia church service attended largely by African-Americans ahead of the primary in Pennsylvania, Tuesday's top delegate prize. She declined to attack her Democratic rival by name in the morning appearance and a subsequent stop in Bridgeport, Connecticut, focusing on the GOP candidates.

Clinton charged that rhetoric from Trump and Ted Cruz is "not only offensive, it's dangerous."

"The people who run for office on the tea party or whatever else and say they will never compromise, they are basically denying the fundamental tenets of democracy," Clinton said.

Clinton, emerging stronger after a triumph in last week's New York primary, stood to effectively lock up the nomination on Tuesday. The five states together offer 384 delegates, a trove that would put her only about 200 delegates short of the majority needed to clinch the nomination.

With 172 delegates at stake Tuesday on the Republican side, Trump could take a significant step toward his party's delegate majority with the dominant performance that many polls predict. His rivals, Cruz and Ohio Gov. John Kasich, have been mathematically eliminated from earning the necessary 1,237 delegates and are instead trying to block Trump from the majority to force a contested national convention in July.

Cruz made no mention of Tuesday's elections as he campaigned Sunday afternoon in Indiana, targeting Trump's brash tone instead.

"We're facing a choice. Do we want to be behind a campaign that is based on yelling, screaming and cursing and insulting?" Cruz asked.

Trump was set to appear in Maryland Sunday as a senior adviser predicted that Cruz is "going to lose all five states and probably finish third in most of them" on Tuesday.

The adviser, Paul Manafort, said the billionaire businessman's campaign, not the candidate, was evolving as the general election neared, an attempt to clarify his recent comments to the Republican National Committee that Trump has been "playing a part" onstage and would soon start to display "more depth ... the real person," in new settings. That includes working with such Washington stalwarts as the Senate majority leader — even as Trump casts himself as the ultimate outsider.

"What we're trying to do right now is work with the Mitch McConnells" on party business, Manafort said on "Fox News Sunday."

"We have to work with these people," he said. "What I was tasked to do this past week, including going to the RNC meeting, was to (convey) that the campaign cares about them and we will run some traditional elections."

"It's pretty split," RNC Chairman Reince Priebus said of the GOP, noting that he's aware that some Republicans are calling for a third-party bid to challenge Trump in the general election.

While Priebus said such a challenge was "a nothing burger," any third-party bid or write-in campaign could doom the GOP in November.

"Regardless of the intensity of what's played out here ... we are going to be unified," she declared.