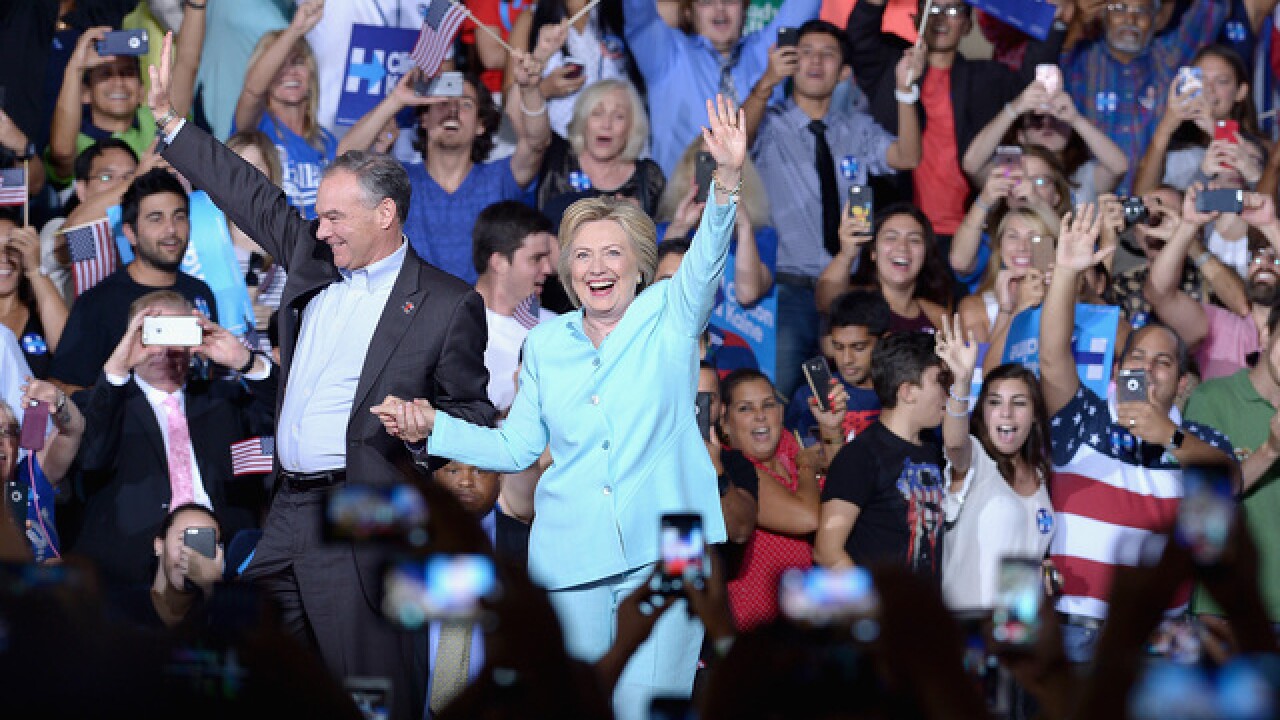 After three days of Democratic stars, including a pair of presidents, asserting she is ready for the White House, Clinton must make that case for herself on her nominating convention's final night.ed.

WATCH ABC'S LIVE COVERAGE OF THE CONVENTION BELOW:

After three days of Democratic stars, including a pair of presidents, asserting she is ready for the White House, Clinton must make that case for herself on her nominating convention's final night.

The first woman to lead a major U.S. political party toward the White House, Clinton will be greeted by a crowd of cheering delegates eager to see history made in the November election. But her real audience will be millions of voters who may welcome her experience but question her character.

For Clinton, the stakes are enormous.

She's locked in a tight general election contest with Republican Donald Trump, an unconventional candidate and political novice. Even as Clinton and her validators argue Trump is unqualified for the Oval Office, they recognize the businessman has a visceral connection with some voters in a way the Democratic nominee does not.

Clinton also must urgently blunt her dropping standing with voters, a majority of whom are skeptical of her honesty and trustworthiness. A pre-convention controversy over hacked Democratic Party emails showing favoritism for Clinton in the primary threatens to deepen the perception that Clinton prefers to play by her own rules.

Former Oklahoma Sen. Fred Harris said it was important for his party's nominee to showcase the "original Hillary Clinton, before she became so guarded."

A parade of speakers at the Philadelphia convention vigorously tried to do just that. First lady Michelle Obama, former President Bill Clinton and Vice President Joe Biden each cast Clinton as champion for the disadvantaged and a fighter who has withstood decades of Republican attacks. Advocates and other Americans who have met Clinton throughout her career spoke of their quiet moments with one of the world's most famous women.

The Clintons' daughter, Chelsea, will introduce her Thursday night, painting a personal picture of her mother.

The week's most powerful validation came Wednesday night from President Barack Obama, her victorious primary rival in 2008. Obama declared Clinton not only can defeat Trump's "deeply pessimistic vision" but also realize the "promise of this great nation."

Seeking to offset possible weariness of a politician who has been in the spotlight for decades, he said of Clinton: "She's been there for us, even if we haven't always noticed."

Clinton appeared unannounced on the platform as Obama's closed his remarks to soak up the midnight roar of cheering Democrats. She pointed at the man who denied her the White House eight years ago, smiled wide and gave him a hug.

A studious wonk who prefers policy discussions to soaring oratory, Clinton has acknowledged she struggles with the flourishes that seem to come naturally to Obama and her husband. She'll lean heavily on her "stronger together" campaign theme, invoking her 1996 book "It Takes a Village," her campaign said.

Indeed, the Democratic convention has been a visual ode those mantras: The first African-American president symbolically seeking to hand the weightiest baton in the free world to a woman. A parade of speakers — gay and straight, young and old, white, black and Hispanic — cast Trump as out-of-touch with a diverse and fast-changing nation.

She also will continue to woo moderate Republicans who may be unnerved by Trump.

Ret. Marine General John R. Allen, a former commander in Afghanistan, will underscore the same point. He's one of several military leaders and service members who have taken the stage to vouch for Clinton's national security experience.

To Democrats, Trump's comments this week about Russia underscored their concerns about him becoming commander in chief.

Following reports Russia hacked Democratic Party emails, Trump said he'd like to see Moscow find the thousands of emails Clinton deleted from the account she used as secretary of state. The appearance of him encouraging Russia to meddle in the presidential campaign enraged Democrats and Republicans, even as he dismissed suggestions from Obama and other Democrats that Moscow already was intervening on his behalf.

Hours later, Trump told Fox News he was being "sarcastic" although shortly after his remarks on Wednesday, he tweeted that Russia should share the emails with the FBI.