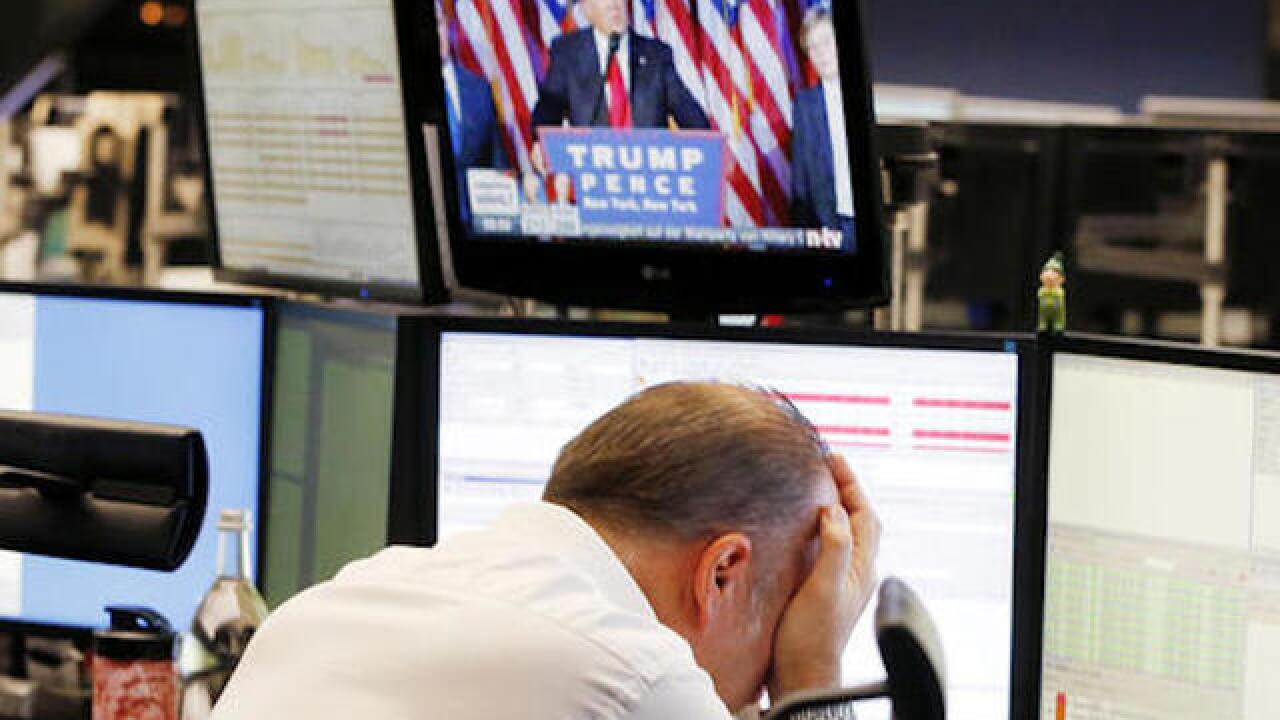 The prospect of a Donald Trump presidency unnerves businesspeople and economists who see him as a reckless novice who might disrupt trade and a struggling global economy.

Trump's shifting and radical positions on key issues and lack of details such as who might be appointed to Cabinet posts heightened jitters by leaving many uncertain about the direction of the world's biggest economy and market.

"We simply can't know what type of President Trump will be," said Paul Ashworth, chief U.S. economist for Capital Economics, in a report.

"Will he be the demagogue from the campaign trail, who threatened to lock up his political opponents, punish the media, build border walls and start a global trade war?" said Ashford. "Or is he capable of becoming a statesmanlike figure who leads in a more measured manner?"

Due to such uncertainty, risks to global growth will rise as companies wait to see what Washington does, said South Korea's finance minister, Yoo Il-ho, according to a government statement.

In a victory speech, Trump was conciliatory but pledged to put U.S. interests first. He gave no additional details about his plans.

"I want to tell the world community that while we will always put America's interests first, we will deal fairly with everyone. With everyone. All people and all other nations," Trump said. "We will seek common ground, not hostility. Partnership, not conflict."

Trump's campaign tapped frustration among American workers who feel hurt by globalization and the loss of well-paid manufacturing jobs.

The celebrity businessman threatened to penalize U.S. firms that shift jobs abroad. Proposals including building a wall along the Mexican border to block immigration resonated with working class voters who felt abandoned by traditional leaders.

Trump's success reflects an economic anxiety that governments of many nations need to heed, said James Zimmerman, chairman of the American Chamber of Commerce in China. He said similar strains led to Britain's vote to leave the European Union, the Arab Spring movement and other jarring political changes.

"These are concerns that global leadership must be aware of," said Zimmerman.

Trump's victory was likely to lead to a shift in U.S. Federal Reserve policy.

The Fed had been thought all but certain to hike interest rates at its next meeting in mid-December, reflecting a strengthened U.S. economy. But the uncertainty generated by a Trump victory could prompt the Fed to wait.

An analysis in June by Moody's Analytics said fully adopting Trump's proposals on taxes, trade, immigration and government spending would slash U.S. economic output and eliminate 3.5 million jobs. It said the U.S. economy would be "isolated and diminished."

Other countries also will suffer similar losses if Trump makes good on promises of a more aggressive approach toward China, Germany, Japan, South Korea and other trading partners, economists said.

In Germany, 1.5 million jobs depend on exports to the United States, the country's biggest trading partner, said Clemens Fuest, president of the Ifo economic institute in Munich.

"If Trump can enact the trade limits that he has announced, the damage would be great," said Fuest.

U.S. import barriers could hit economies such as China and South Korea especially hard as they struggle with sluggish growth. China's exports in the first 10 months of this year fell by 7.7 percent from the same period of 2015 while its latest quarter economic growth of 6.7 percent is the lowest quarterly level since the 2008 global crisis.

Initiatives such as the Trans-Pacific Partnership being negotiated by the Obama administration with Asian governments are "as good as stillborn," said Eugene Tan, a professor at Singapore Management University.

"Based on his campaign rhetoric and promises, he is off to a bad start in terms of engendering trust and confidence of U.S. allies and partners in the region," Tan said.

Trump offered so few details during the campaign that he left the impression the White House would run on instinct. That has made many uneasy about the direction of the world's largest economy and market.

"Trump appears to have only a passing grasp of policy, so it is important that he appoints people with experience," said Ashford. "This is where Trump's running mate, Indiana Gov. Mike Pence, could prove to be pivotal."

Others looked for a bright side to Trump's proposed immigration curbs.

South Korean tech firms might be able to lure foreign workers away from Silicon Valley if a Trump administration makes it harder to get visas, said Marcello Ahn, a fund manager for Quad Investment Management in Seoul.

"Those engineers could come to us," said Ahn.