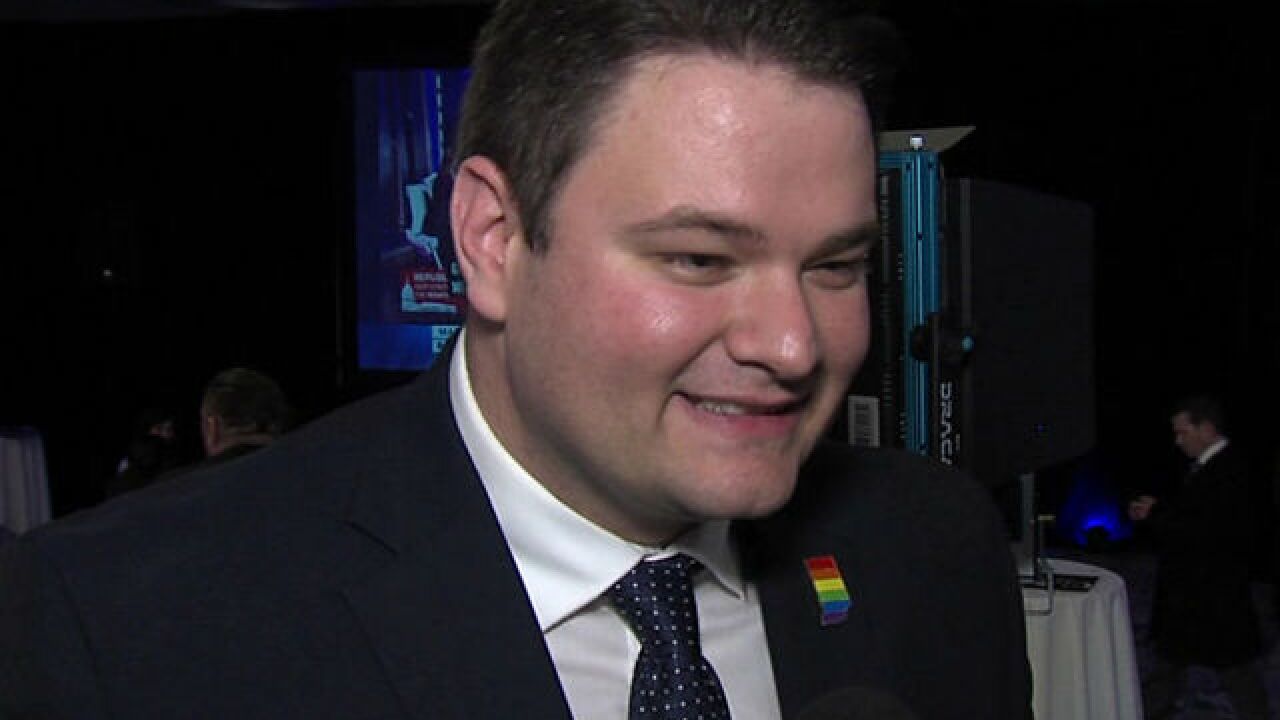 As of Wednesday morning, Ford had a six-point lead on Delph for Indiana's Senate District 29.

Ford is the first openly gay person elected to the Indiana General Assembly.

"I think it's really time for us LGBTQ+ Hoosiers to have a voice in our General Assembly," Ford said.

Delph had been serving in the Indiana state Senate since 2005. In November 2017, he was sent to Puerto Rico to help with the recovery from Hurricane Maria.

In 2014, Delph tweeted his frustration about a delayed vote on a gay marriage ban. Delph championed the ban, which included language that would also bar civil unions. Delph lashed out at members of his own party, the media and the "self absorbed Godless culture that is fast tracking our nation to ruin."

LGBTQ Victory Fund, an organization that works to increase the number of openly LGBTQ officials in government, released a statement celebrating Ford's win.

“The Rainbow Wave has arrived in Indiana in a spectacular way,” said Annise Parker, president and CEO of LGBTQ Victory Fund and the former mayor of Houston. “Tonight JD made political history in becoming the first openly LGBTQ person ever elected to the Indiana General Assembly – a milestone moment for a state that was one of the few to have never elected an openly LGBTQ state legislator."

Ford will be the fifth.

"Yes, this is a historical moment, but it's not about me," Ford said Tuesday night. "It's about the LGBTQ+ Hoosiers and generations to come that can be proud of what we attempted to do and did do."