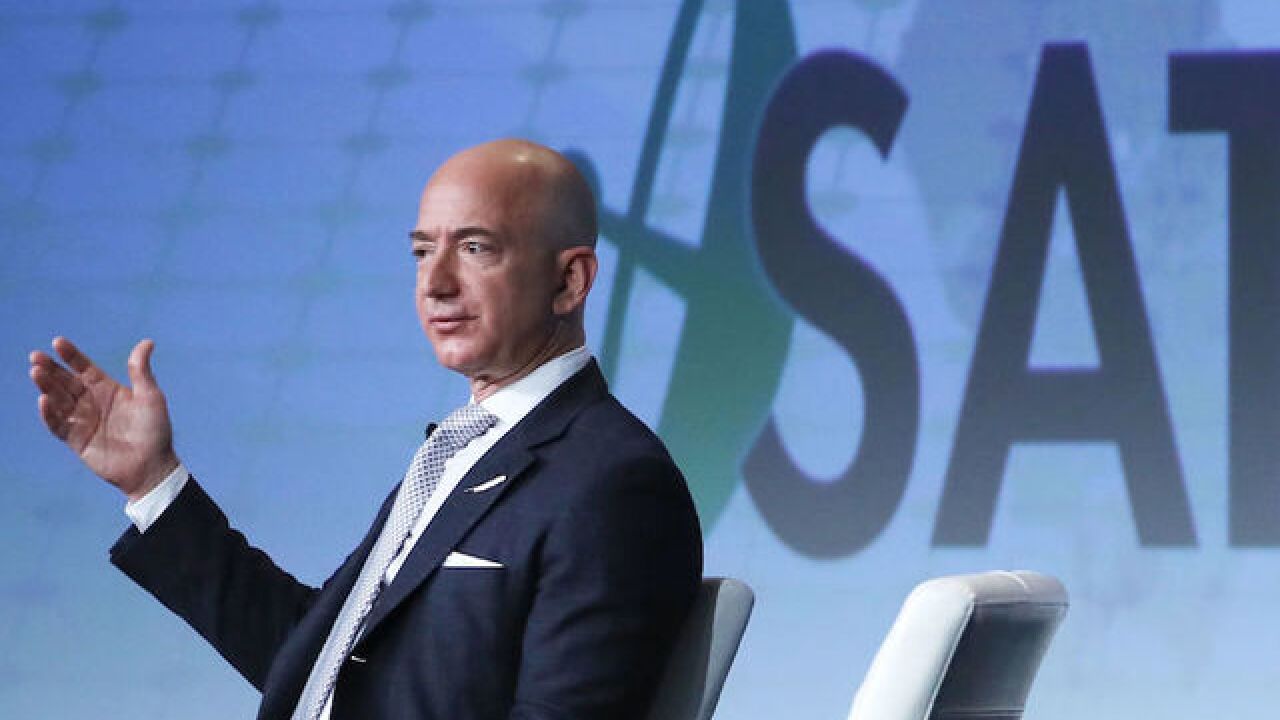 Image copyright 2017 Getty Images. All rights reserved. This material may not be published, broadcast, rewritten, or redistributed.
Mark Wilson
<p>Jeff Bezos, CEO of Amazon and founder of Blue Origin, speaks during the Access Intelligence's SATELLITE 2017 conference at the Washington Convention center on March 7, 2017 in Washington, DC. </p>

The world's richest person isn't known for giving money away. But Jeff Bezos has just donated $10 million to a super PAC.

The Amazon CEO contributed $10 million to With Honor, a nonpartisan organization and super PAC that aims to increase the number of veterans in politics. With Honor said Bezos and his wife Mackenzie donated a third of its $30 million funding goal to help elect at least 20 American war veterans in November.

Bezos has made political contributions, including a $2.5 million donation in 2012 to help uphold the state's same-sex marriage law, but none this large.

Bezos' estimated $168 billion fortune is worth nearly as much as the combined holdings of Bill Gates and Warren Buffett, the world's second- and third-richest people, according to Bloomberg. Gates and Buffett have committed to give away virtually all of their wealth, but Bezos has not formally announced his philanthropic intentions.

Rather than give to charity, Bezos has said he focuses on long-term investments that "are contributing to society and civilization in their own ways." In addition to founding Amazon, Bezos owns a space tourism company called Blue Origin and he bought the Washington Post in 2013.

Asked at a public event in October 2017 whether Bezos planned to give his money away, he said "if there's anything left after I finish building Blue Origin."

But he has recently hinted that he is considering charitable donations. In a tweet in June, Bezos asked the public for ideas about where he should give his money. He said he is mulling a philanthropic strategy that is "the opposite of how I mostly spend my time."

"I'm thinking I want much of my philanthropic activity to be helping people in the here and now — short term — at the intersection of urgent need and lasting impact," he tweeted.

Also donating to With Honor's fundraising campaign were Jim and Alice Walton, children of Sam Walton and heirs to the Walmart fortune.

With Honor was founded by David Gergen, a CNN senior political analyst, Navy veteran and adviser to presidents of both parties. Its board includes former Secretary of Defense Robert Gates, former Secretary of State George Shultz and former Chairman of the Joint Chiefs of Staff Michael Mullen.