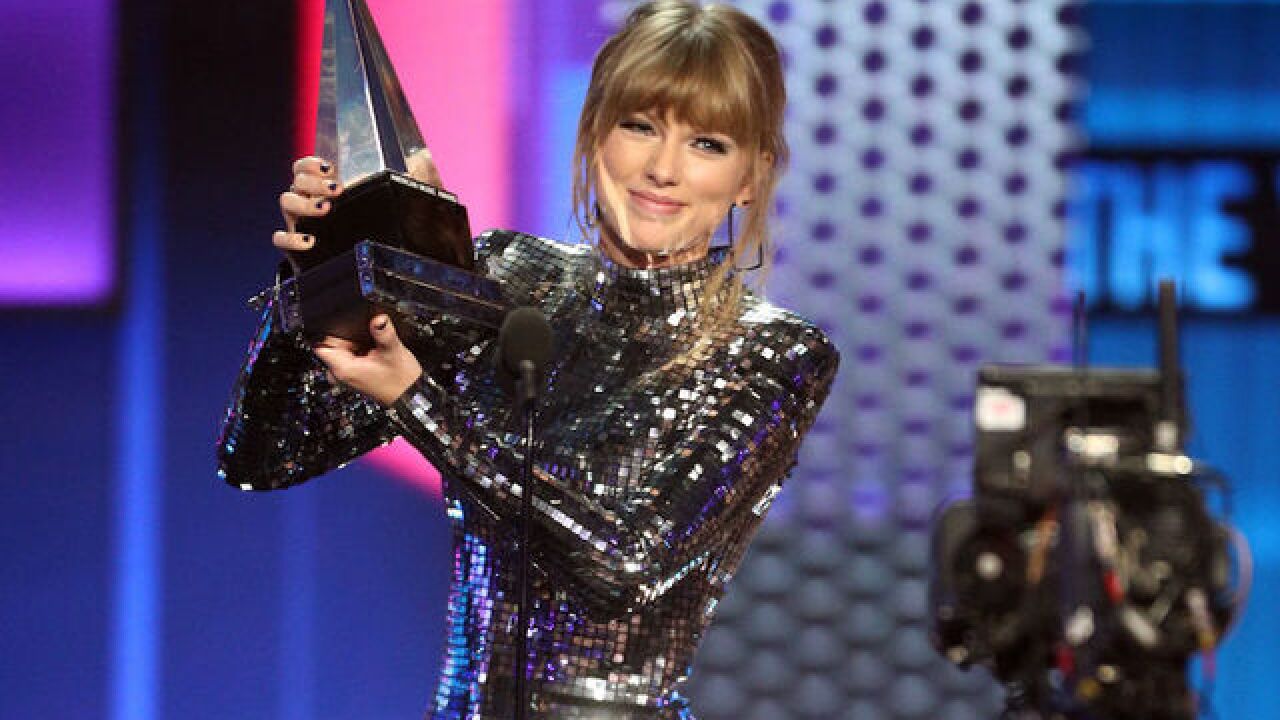 Phil Bredesen, the Democratic candidate for U.S. Senate in Tennessee, is running with Taylor Swift's decision to endorse him, touting how rare it is for the pop star to wade into politics in a new digital video and publicly thanking her on Twitter.

In a video, simply titled "Taylor Swift," Bredesen's campaign cribs Swift's song, "Look What You Made Me Do" with a slate aimed at his opponent, Republican Rep. Marsha Blackburn, that reads, "Look What Marsha Made Her Do." The video then proceeds to clip together news coverage of Swift's unexpected endorsement, with reporters repeatedly noting the move is "out of the norm" for Swift.

Swift, in a lengthy Instagram post on Sunday, decried Blackburn, a Republican representative who has run toward President Donald Trump in her bid for the Senate.

"Running for Senate in the state of Tennessee is a woman named Marsha Blackburn," Swift wrote. "As much as I have in the past and would like to continue voting for women in office, I cannot support Marsha Blackburn. Her voting record in Congress appalls and terrifies me."

Swift slammed Blackburn for not backing equal pay for women, against reauthorizing the Violence Against Women Act and for her views on gay marriage.

"These are not MY Tennessee values," she wrote before backing Bredesen and Rep. Jim Cooper, who is running for Congress in a safely Democratic seat.

Bredesen is looking to surprise Democrats and Republicans alike and win a Senate seat in Tennessee, a state that backed Trump by 26 percentage points in 2016.

On Tuesday he congratulated Swift for winning an award at the American Music Awards and tweeted a seemingly homemade video thanking her for her endorsement.

"Taylor, I want to just say thanks so much for your endorsement this past weekend and for the very kind words you said about me," said Bredesen, the former governor of Tennessee. "When people like you who are in a position of influence speak out on issue, it's really important and I admire you for it very much."

I’m writing this post about the upcoming midterm elections on November 6th, in which I’ll be voting in the state of Tennessee. In the past I’ve been reluctant to publicly voice my political opinions, but due to several events in my life and in the world in the past two years, I feel very differently about that now. I always have and always will cast my vote based on which candidate will protect and fight for the human rights I believe we all deserve in this country. I believe in the fight for LGBTQ rights, and that any form of discrimination based on sexual orientation or gender is WRONG. I believe that the systemic racism we still see in this country towards people of color is terrifying, sickening and prevalent. I cannot vote for someone who will not be willing to fight for dignity for ALL Americans, no matter their skin color, gender or who they love. Running for Senate in the state of Tennessee is a woman named Marsha Blackburn. As much as I have in the past and would like to continue voting for women in office, I cannot support Marsha Blackburn. Her voting record in Congress appalls and terrifies me. She voted against equal pay for women. She voted against the Reauthorization of the Violence Against Women Act, which attempts to protect women from domestic violence, stalking, and date rape. She believes businesses have a right to refuse service to gay couples. She also believes they should not have the right to marry. These are not MY Tennessee values. I will be voting for Phil Bredesen for Senate and Jim Cooper for House of Representatives. Please, please educate yourself on the candidates running in your state and vote based on who most closely represents your values. For a lot of us, we may never find a candidate or party with whom we agree 100% on every issue, but we have to vote anyway. So many intelligent, thoughtful, self-possessed people have turned 18 in the past two years and now have the right and privilege to make their vote count. But first you need to register, which is quick and easy to do. October 9th is the LAST DAY to register to vote in the state of TN. Go to vote.org and you can find all the info. Happy Voting! 🗳😃🌈

He added: "I know this is going to be very helpful to me and to this race."

A spokeswoman for Blackburn did not respond to request for comment, but the congresswoman argued on Tuesday that Swift's endorsement doesn't matter to Tennesseans.

"I've got to tell you, Tennesseans are more interested in the fact that Marsha Blackburn is endorsed by the U.S. Chamber of Commerce, by the Fraternal Order of Police, by the Police Benevolent Association, and by the National Rifle Association where I have an A rating in their endorsement," she said, after calling the performer "talented."