Denver, LA Police will not participate in Trump's immigration enforcement 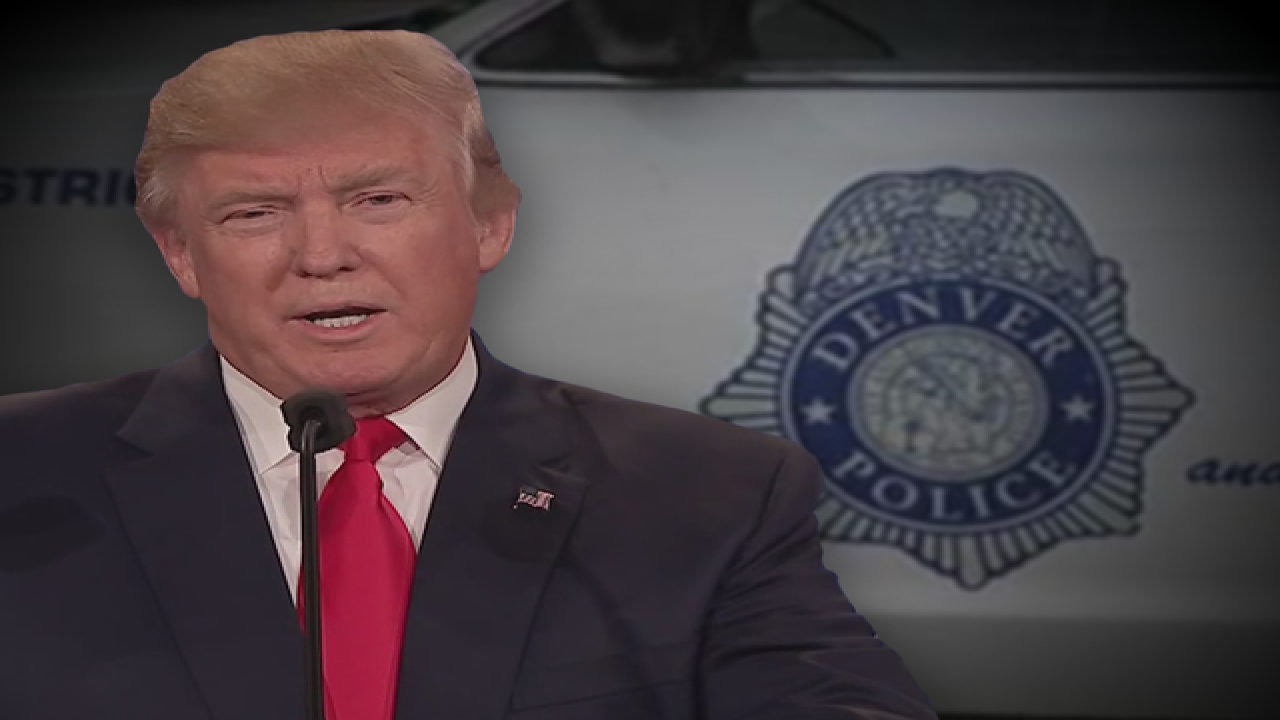 By: Jace Larson, Brittany Freeman
Posted at 7:55 PM, Nov 14, 2016
DENVER – Police officers in Denver will not participate in President-elect Donald Trump’s immigration enforcement efforts, a department spokesman said Monday evening. Denver is joining Los Angeles in promising not to enforce Trump's proposal.
“Immigration enforcement is handled at the federal level, not by local law enforcement,” a statement issued by Denver Police spokesman Doug Schepman said. “The Denver Police Department has not participated in those enforcement efforts in the past and will not be involved in the future.”
President-elect Trump pledged to deport as many as three million criminal illegal aliens. Trump first made the comments during a CBS News interview taped Friday and aired Sunday night.
Trump’s campaign website states that on day one, he will “move criminal aliens out in joint operations with local, state and federal law enforcement.”
The LA Times reported Monday that Los Angeles Police Chief Charlie Beck said he has no plans to change the department’s stance on immigration enforcement.
“We are not going to work in conjunction with Homeland Security on deportation efforts. That is not our job, nor will I make it our job,” the LA Times quoted Los Angeles Police Chief Charlie Beck as saying Monday.
It is unclear who Trump plans to deport or how he will define criminal aliens.
Current federal policy says federal agents should focus efforts on a select group of people in the United States illegally.
In general, our enforcement and removal policies should continue to prioritize threats to national security, public safety, and border security,” a Justice Department memo issued in 2014 outlined.
The memo says the highest priority enforcement action should be directed to:
Aggravated felonies include murder, rape, sexual abuse of a minor, illicit trafficking of a controlled substance, illicit trafficking in firearms or destructive devices
Read the full Justice Department memo here: https://www.dhs.gov/sites/default/files/publications/14_1120_memo_prosecutorial_discretion_0.pdf
Copyright 2016 Scripps Media, Inc. All rights reserved. This material may not be published, broadcast, rewritten, or redistributed.