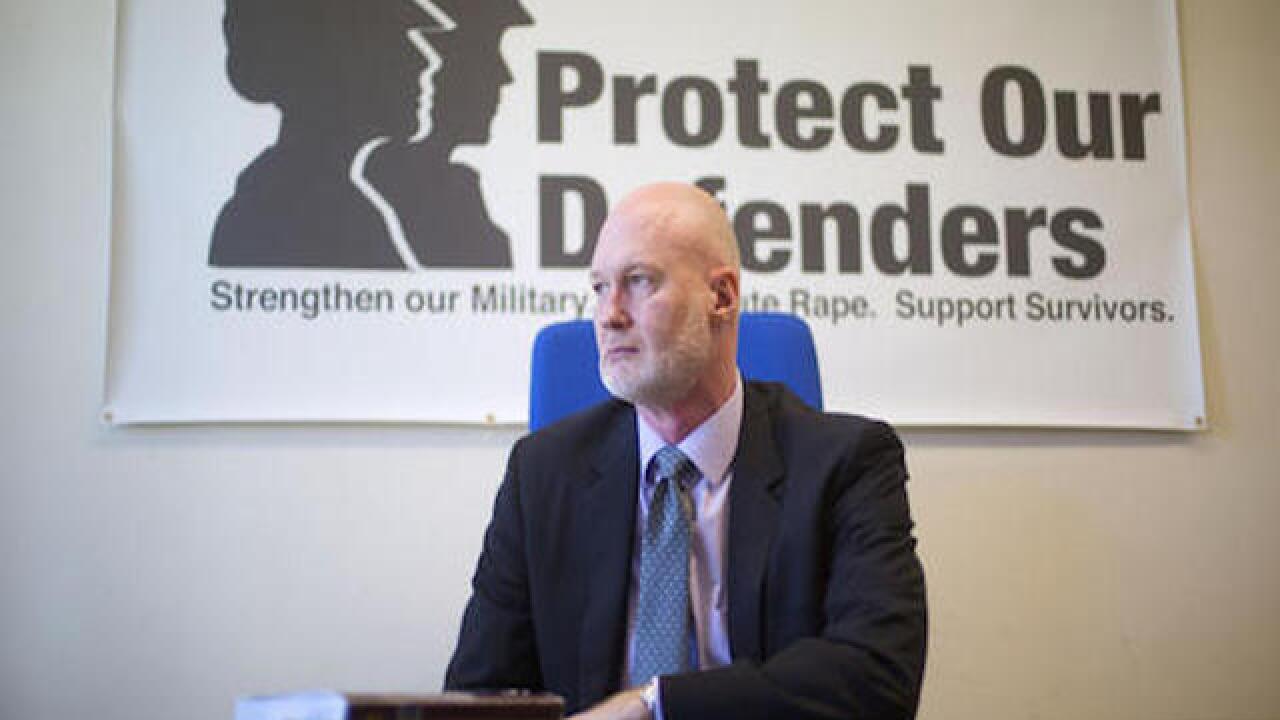 WASHINGTON (AP) — The Pentagon is relying on information it won't make public to dispute an Associated Press investigation that found the military misled Congress about sexual assault cases to blunt support for Senate legislation.

In a report sent Thursday to a bipartisan group of senators, the Pentagon refers to undisclosed files about several of the cases to challenge AP's findings. But the response, which faults AP for inconsistencies and misunderstandings, fails to conclusively counter the investigation.

The report also criticizes a separate examination of the cases by the advocacy group Protect Our Defenders. The group's president, retired Col. Don Christensen, fired back at the Pentagon in a statement Friday.

"The Defense Department repeatedly accused Protect Our Defenders of misunderstanding the military justice process," he wrote. "Yet they are the ones who mischaracterized this process to Congress in the first place." Christensen is the former chief prosecutor of the Air Force.

Even as the department pushed back, the report acknowledged difficulties in pinpointing its own records. An attorney who oversaw the Air Force's sexual assault cases had died, the department said, leaving that service "unable to determine with certainty" the cases in question for that service.

AP's investigation and the study by Protect Our Defenders focused on congressional testimony and correspondence delivered three years ago by then-vice chairman of the Joint Chiefs of Staff, Navy Adm. James Winnefeld. He cited dozens of sexual assault cases involving service members to illustrate for lawmakers that military commanders are more willing to punish sex offenders than civilian district attorneys and local police forces are.

The Pentagon delivered the report on the eve of a Senate vote on legislation that has divided the chamber and led the military to warn of severe consequences if it's ever signed into law. The bill, sponsored by Sen. Kirsten Gillibrand, D-N.Y., would strip commanders of their power to decide whether sexual assault cases should go to trial and give that authority to seasoned, independent military trial lawyers.

Senior Pentagon officials have argued that commanders are essential to maintaining good order and discipline in the ranks. Removing them from the decision to prosecute would mean fewer sex offenders will be caught and convicted, they said.

Her legislation was first introduced in the spring of 2013 and has won support from at least 50 senators. But it has twice failed to meet a 60-vote filibuster threshold. Another vote on the bill is expected early next month.

AP's investigation, published last month, was based on records obtained by Protect Our Defenders last year through the Freedom of Information Act. The amount of documents was small compared with the number of cases.

The group filed the requests with the military services shortly after Winnefeld warned the Senate Armed Services Committee about the perils of Gillibrand's bill. He told the committee in July 2013 that there were 93 sexual assault cases that military commanders insisted on taking after local district attorneys refused. The bulk of the cases involved soldiers.

"I worry that if we turn this over to somebody else, whether it is a civilian DA or a nonentity in the military, that they are going to make the same kind of decisions that those civilian prosecutors made," Winnefeld said. "I worry that we are going to have fewer prosecutions if we take it outside the chain of command."

Among the records Protect Our Defenders received were summaries of the outcomes of many of the cases Winnefeld referred to in his testimony. The summaries, which were prepared by the military services at the Joint Staff's request, presented an often unflattering image of local law enforcement. The documents buttressed the Pentagon's position that Gillibrand's bill would result in fewer sexual assault prosecutions.

In a number of the summaries, the steps taken by civilian authorities were described incorrectly or omitted, according to AP's investigation. Other case descriptions were too imprecise to be verified. Also, there's nothing in the records supporting Winnefeld's testimony that commanders intervened directly and insisted that the cases be prosecuted.

The Pentagon report contested several of those conclusions. However, it cited "underlying case files" that weren't part of the records provided to Protect Our Defenders even though the group asked for "any and all documents and data" related to the cases.

Pahon said the Defense Department "has no reason to believe that the (military) services withheld information that was responsive" to the records requests submitted by Protect Our Defenders.

In other instances AP has obtained detailed records through FOIA about sexual assault cases to include investigative reports, trial transcripts, and pre-trial agreements. The Navy judge advocate general's office last year ordered the Naval Criminal Investigative Service to release investigative reports after AP appealed NCIS's refusal to do so. NCIS blacked out all the names in the reports, including the accused.