Eagle lands on flag display during 9/11 remembrance in Minn. 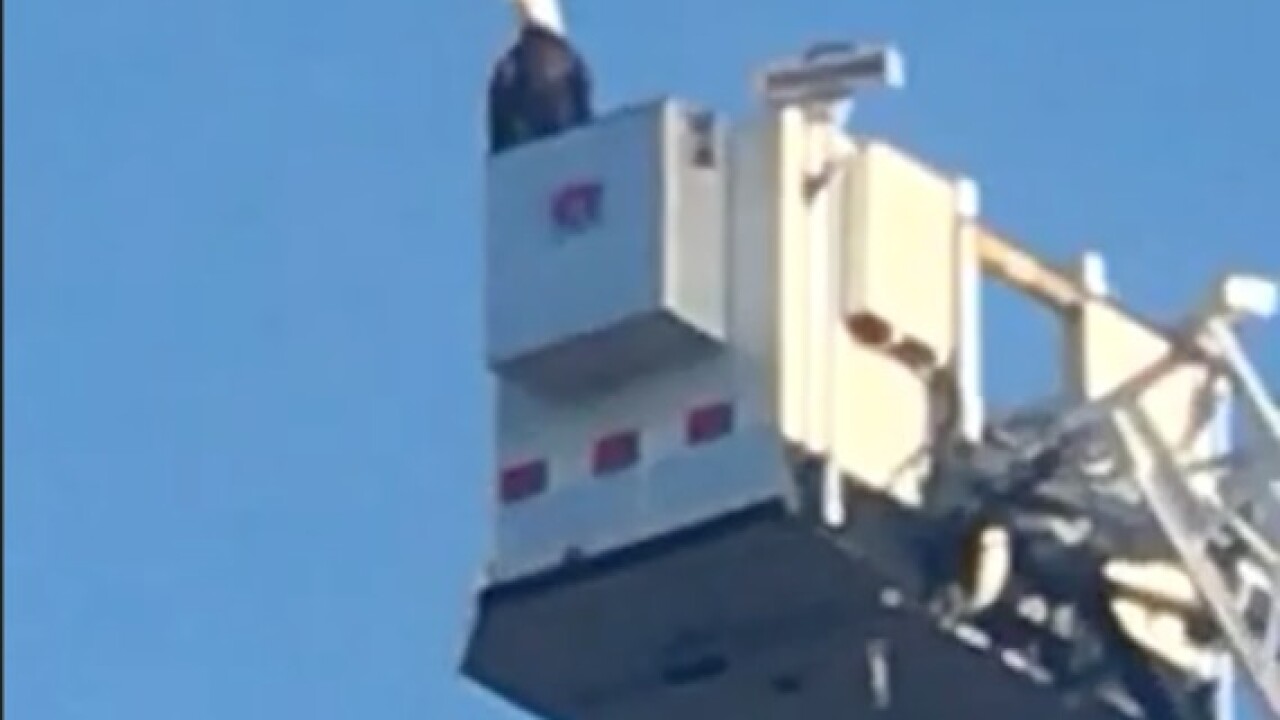 As members of the Andover Fire Department in Coon Rapids, Minnesota were remembering the victims of the Sept. 11, 2001 terrorist attacks, an amazing sight brought awe to those in attendance.

An eagle rested on top of an aerial truck responsible for holding up a giant United States flag, prompting Andover Fire Chief Jerry Streich to say, "Isn't that unbelievable?" The moment took place just as a moment of silence was about to take place.

Streich posted video of the moment on the fire department's Facebook page. Within hours, the post had nearly 2 million views.

"There’s no better symbol to represent America today than a flag but then for an eagle to land on a fire truck holding a flag, I mean, it doesn't get much more symbolic than that," Streich told KARE-TV.