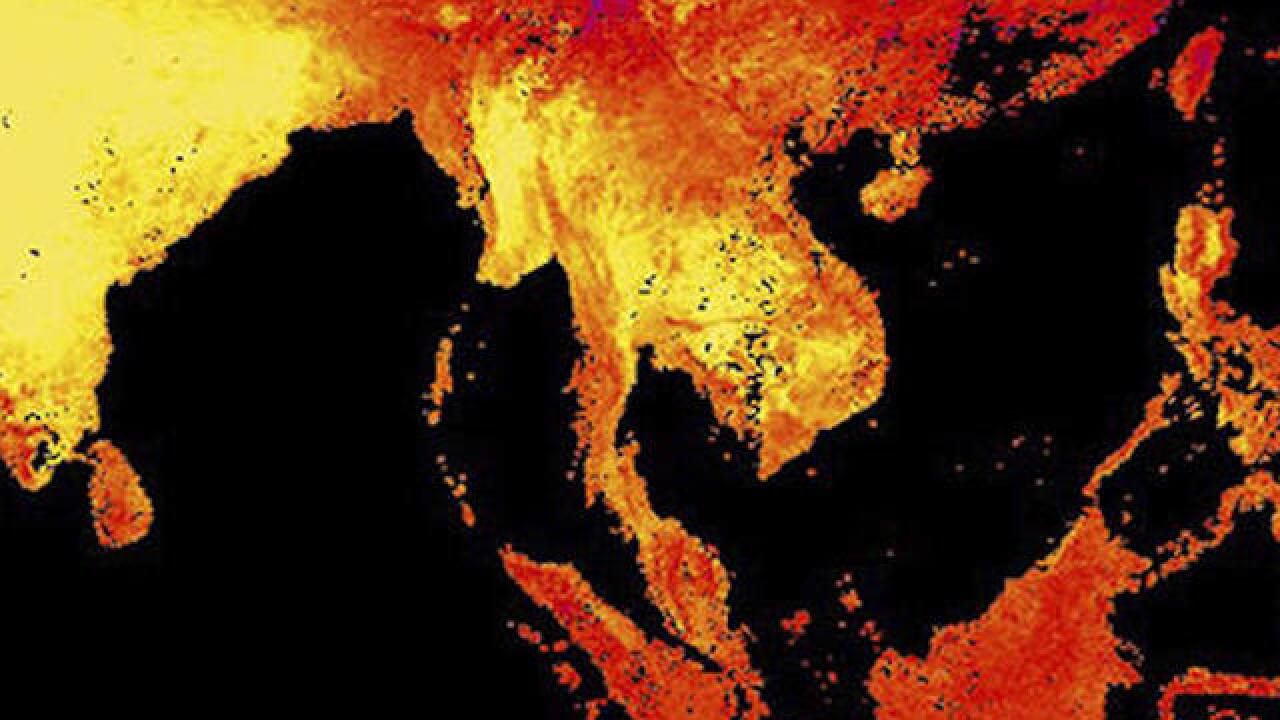 Thanks to a combination of global warming and an El Nino, the planet shattered monthly heat records for an unprecedented 12th straight month, as April smashed the old record by half a degree, according to federal scientists.

The National Oceanic and Atmospheric Administration's monthly climate calculation said Earth's average temperature in April was 56.7 degrees (13.7 degrees Celsius). That's 2 degrees (1. 1 degrees Celsius) warmer than the 20th century average and well past the old record set in 2010. The Southern Hemisphere led the way, with Africa, South America and Asia all having their warmest Aprils on record, NOAA climate scientist Ahira Sanchez-Lugo said. NASA was among other organizations that said April was the hottest on record.

The last month that wasn't record hot was April 2015. The last month Earth wasn't hotter than the 20th-century average was December 1984, and the last time Earth set a monthly cold record was almost a hundred years ago, in December 1916, according to NOAA records.

"These kinds of records may not be that interesting, but so many in a row that break the previous records by so much indicates that we're entering uncharted climatic territory (for modern human society)," Texas A&M University climate scientist Andrew Dessler said in an email.

At NOAA's climate monitoring headquarters in Asheville, North Carolina, "we are feeling like broken records stating the same thing" each month, Sanchez-Lugo said.

And more heat meant record low snow for the Northern Hemisphere in April, according to NOAA and the Rutgers Global Snow Lab. Snow coverage in April was 890,000 square miles below the 30-year average.

Sanchez-Lugo and other scientists say ever-increasing man-made global warming is pushing temperatures higher, and the weather oscillation El Nino — a warming of parts of the Pacific Ocean that changes weather worldwide — makes it even hotter.

Given that each month this year has been record hot, it is not surprising that the average of the first four months of 2016 were 2.05 degrees (1.14 degrees Celsius) higher than the 20th-century average and beat last year's record by 0.54 degrees (0.3 degrees Celsius).

Last year was the hottest year by far, beating out 2014, which also was a record. But 2016's start "is unprecedented basically" and in general half a degree warmer than 2015, Sanchez-Lugo said.

Even though El Nino is fading and its cooler flip side La Nina is forecast to take hold later this year, Sanchez-Lugo predicted that 2016 will end up the hottest year on record for the third straight year. That's because there's a lag time for those changes to show up in global temperatures and because 2016 has started off so much hotter than 2015, she said.