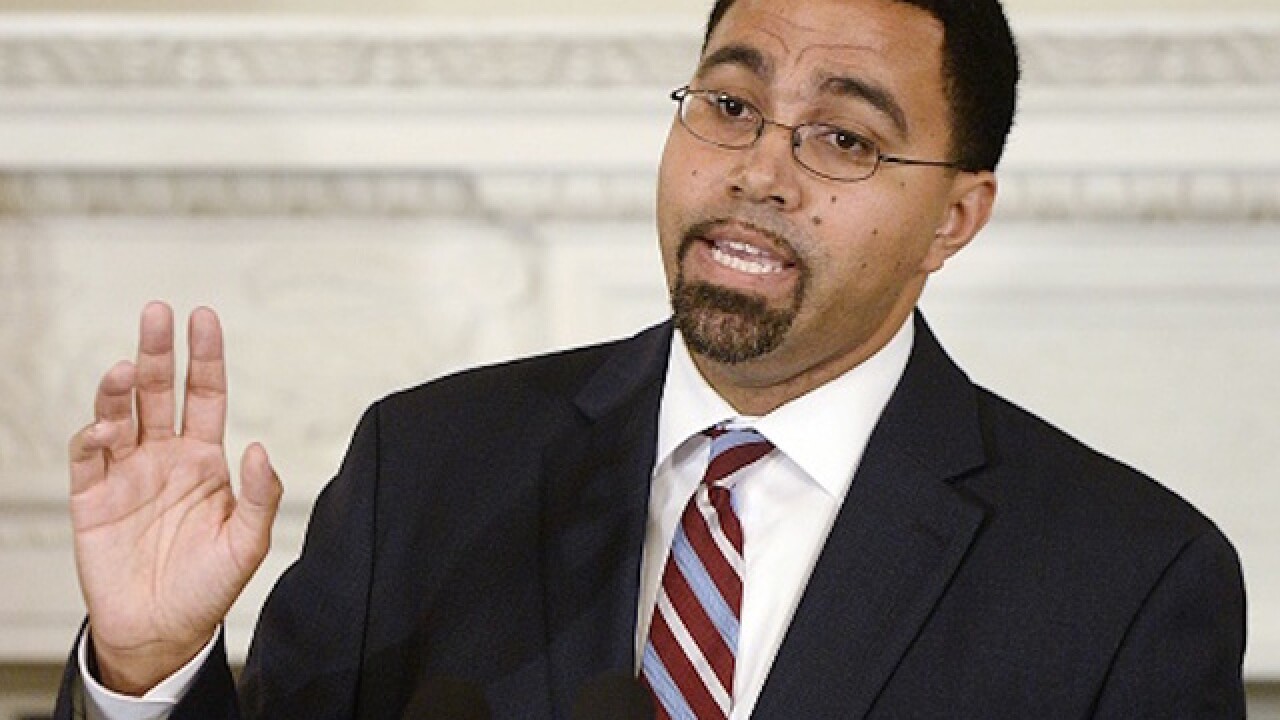 Pool
<p>WASHINGTON, DC - OCTOBER 02: Deputy Education Secretary John B. King Jr. delivers remarks after being nominated by U.S. President Barack Obama to be the next head of the Education Department in the State Dining Room at the White House October 2, 2015 in Washington, DC. Obama praised the work of outgoing Education Secretary Arne Duncan, one of the few remaining members of the president's original cabinet. (Photo by Olivier Douliery - Pool/Getty Images)</p>

BOSTON (AP) — Education Secretary John B. King Jr. said Monday that laws in North Carolina and Mississippi that restrict the rights of transgender Americans are hateful and should be repealed.

Asked about the laws at the Education Writers Association national conference in Boston, King called them hateful and said gender identity should be protected.

"My hope is legislators will realize they've made a terrible mistake," he said. He's calling for the state legislatures to repeal the laws.

The North Carolina law requires transgender people to use bathrooms corresponding to the gender on their birth certificates in state government buildings and public schools and universities. The law also established statewide anti-discrimination protections that leave out LGBT people, and it bans communities from passing anti-discrimination ordinances that go further.

Last month, President Barack Obama called for the law to be overturned.

Transgender advocates and the Obama administration have argued federal anti-discrimination law requires that transgender students be able to use the restroom and locker room that correspond with their gender identity.

A federal appeals court ruled last month in a Virginia case that a high school discriminated against a transgender teen by forbidding him from using the boys' restroom. The U.S. 4th Circuit Court of Appeals sent the case back to a lower court for trial rather than issuing a definitive decision.

The Mississippi law allows religious groups and some private businesses to deny services to same-sex couples and transgender people. It takes effect July 1.