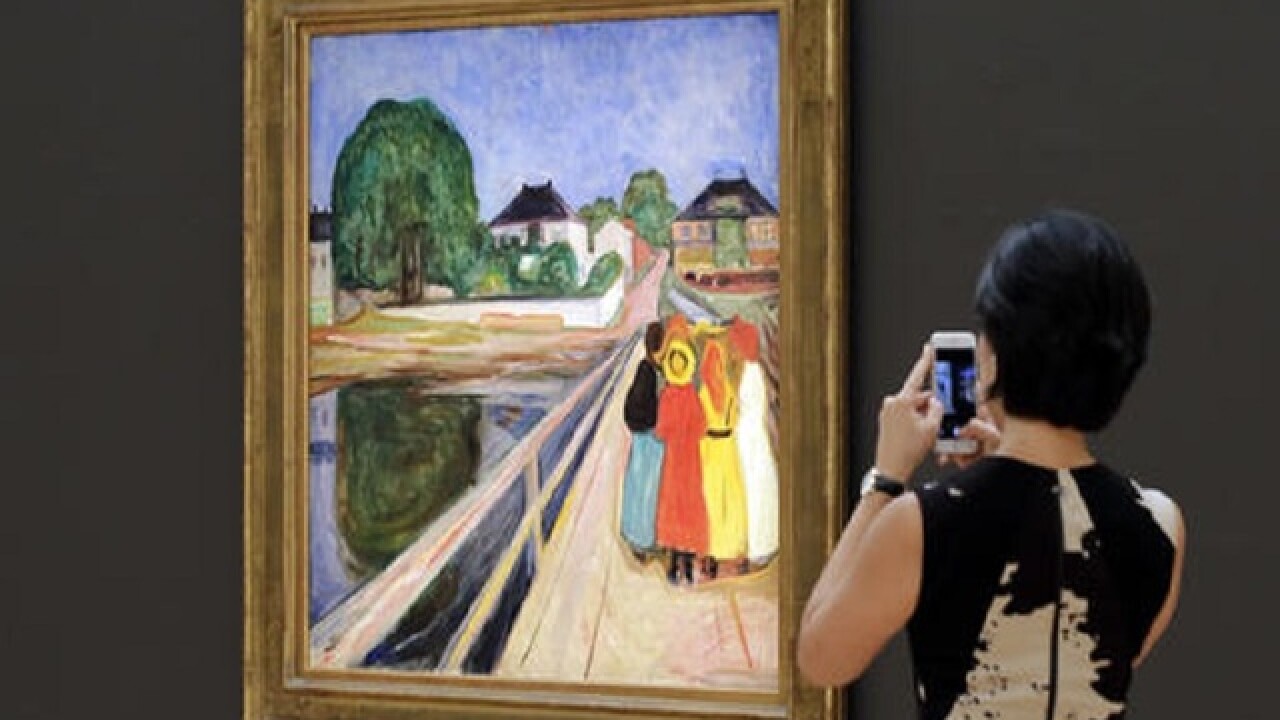 Richard Drew
<p>FILE - In this Nov. 4, 2016, file photo, a work by Norwegian artist Edvard Munch, "Girls on the Bridge," is displayed at Sotheby's, in New York. The auction for the painting is scheduled for Monday, Nov. 14, in New York City. (AP Photo/Richard Drew, File)</p>

NEW YORK (AP) — A work by Norwegian artist Edvard Munch fetched over $54 million at Sotheby's auction of impressionist and modern art on Monday.
"Girls on the Bridge," a seminal work from 1902, depicts a cluster of girls huddled on a bridge in a country village. It sold in 1996 for $7.7 million and again in 2008 for $30.8 million, each time setting a record for the artist.
In 2012, Munch's work "The Scream," one of the most iconic images in art history, sold for $119.9 million at Sotheby's. It became the most expensive artwork ever sold at auction, a record that has been broken four times since.
Pablo Picasso's "Women of Algiers (Version O)" now holds that distinction. It sold last year for $179.4 million.
Other works at Monday's auction include a large-scale painting by Picasso, "The Painter and His Model," from 1963. The 5-foot-wide painting has descended through the same family since it was acquired in 1968. It garnered $12.9 million, just edging its low presale estimate of $12 million.
A 1951 bronze bust by Picasso of his lover and muse Francoise Gilot, "Head of a Woman," fetched $8.4 million.
An early cubist composition by Mexican artist Diego Rivera, "Untitled (Cubist Composition)," from 1916 sold for just over $900,000.
The sale also had two abstract works by Laszlo Maholy-Nagy that recently appeared in a retrospective of his work at the Guggenheim Museum in New York. The 1923 work, "EM 1 Telephonbild," sold for $6 million, topping its high presale estimate of $4 million.
Copyright 2016 The Associated Press. All rights reserved. This material may not be published, broadcast, rewritten or redistributed.