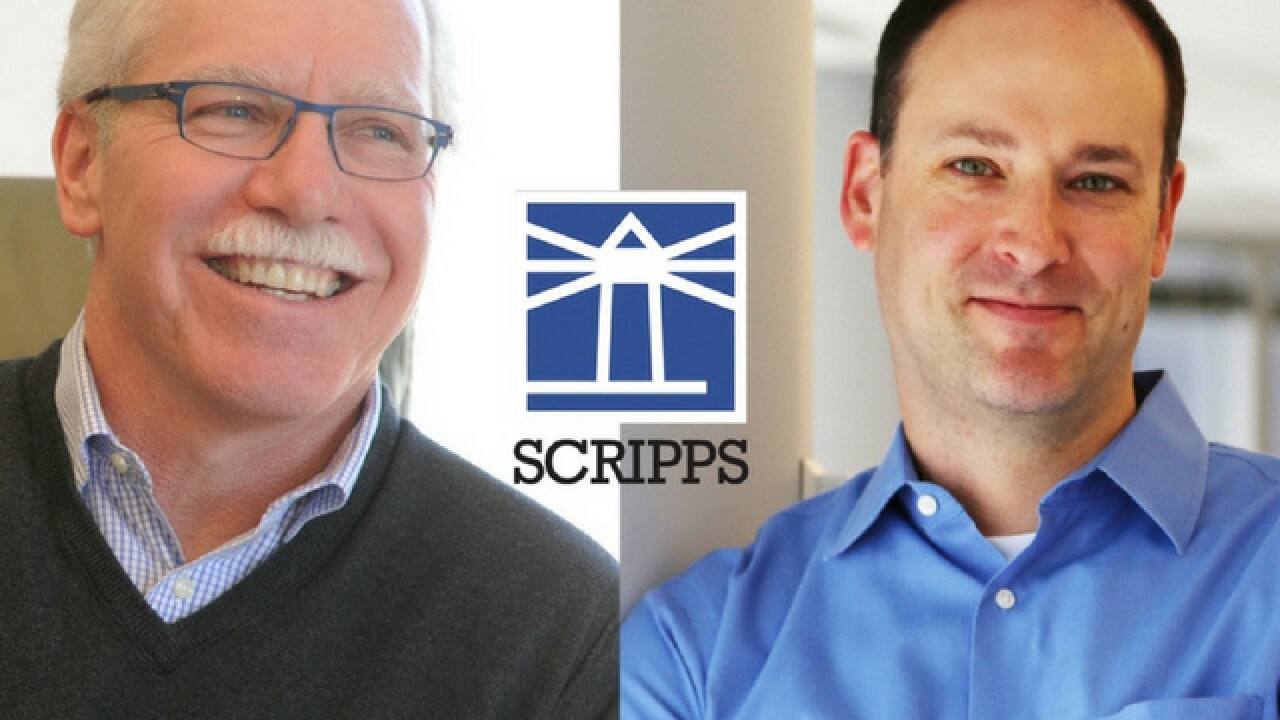 The E.W. Scripps Company announced today its CEO and president, Rich Boehne, will retire in 2017, and Chief Digital Officer Adam Symson will assume the role.

Boehne will retire  during the second half of 2017. Symson, who has been named chief operating officer, will report to Boehne and oversee day-to-day operations of the company’s broadcast TV, digital media and radio divisions. He is expected to move into the chief executive role when Boehne retires.

Boehne, 60, has been president and CEO since 2008 and was elected chairman of the board in 2013. The board anticipates Boehne will continue as its chairman following the transition later next year.

Symson, 41, joined the Scripps TV division in 2002 and has held a variety of roles before taking over the company’s digital operations in 2011. In that role, he has run Scripps’ local digital businesses in 27 markets as well as national digital content companies Midroll, Newsy and Cracked. Scripps’ digital portfolio includes web, mobile and over-the-top businesses, and Symson has led the strategy and execution of product development, content, revenue and marketing for that portfolio.

He also has led the company’s efforts to develop new businesses in emerging media through investment and acquisition.

“Adam has demonstrated the leadership and entrepreneurial skills critical for the continued long-term success of the Scripps enterprise,” Boehne said. “In this media environment, where opportunities and challenges develop at an ever-accelerating pace, he has shown his ability to build successful media brands.

“Having spent more than half of his career in broadcast television, including as an investigative journalist and a news strategist for Scripps, Adam is driven by our company’s mission and our vision of creating a better-informed world. His deep experience as a broadcaster, a builder of digital media brands, and a discerning leader will serve our employees, our customers and our owners exceptionally well.”

He joined Scripps as executive producer of investigations and special projects for Scripps affiliate KNXV in Phoenix in 2002. He also has worked for CBS stations WBBM in Chicago and KCBS in Los Angeles and as an independent producer for CBS News and NBC News.

Symson has a bachelor’s in communication from the University of California, Los Angeles. He lives with his wife and two daughters in Cincinnati and serves on the boards of Cincinnati Public Radio, Adath Israel Congregation and Scripps Howard Foundation.