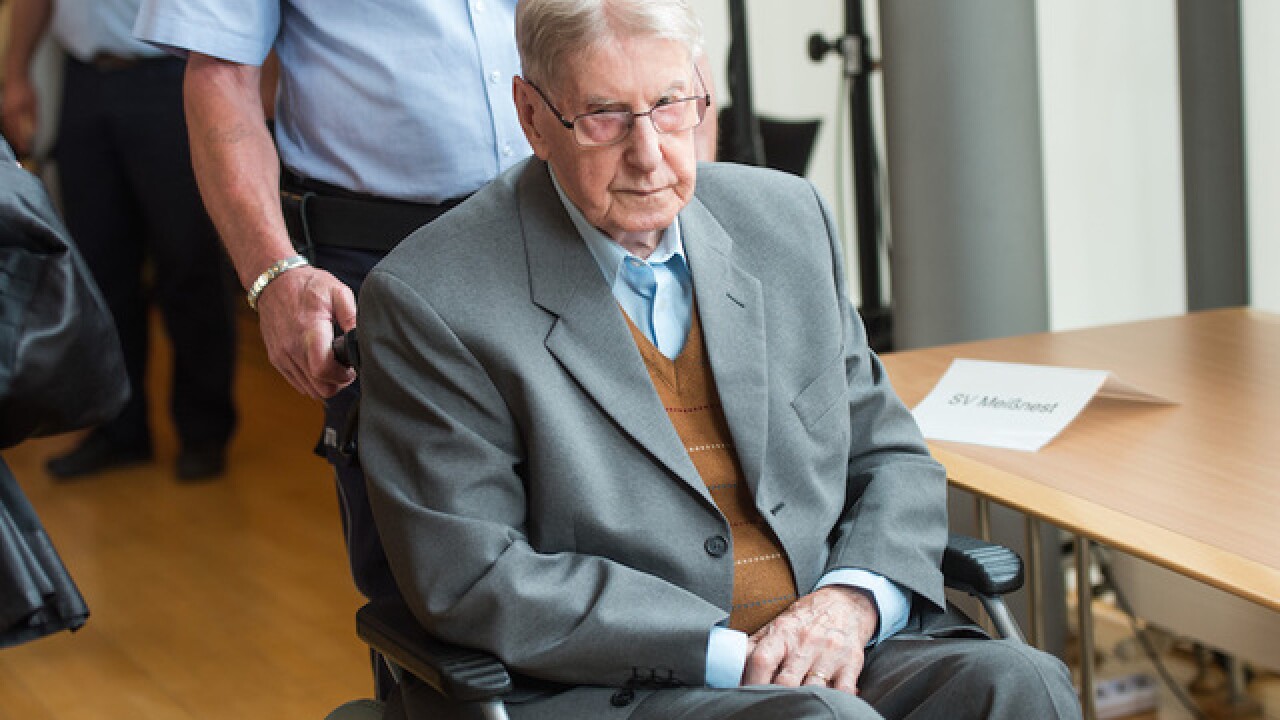 Bernd Thissen
<p>In this Saturday June 11, 2016 file photo, 94-year-old former SS guard at the Auschwitz death camp Reinhold Hanning, arrives at a courtroom in Detmold, Germany. Hanning faces a possible 15 years in prison if found guilty next Friday June 17, 2016, of more than 100,000 counts of accessory to murder on allegations he helped the Nazi death camp kill 1.1 million Jews and others.</p>

DETMOLD, Germany (AP) — A 94-year-old former SS sergeant who served as a guard at Auschwitz has been found guilty of more than 170,000 counts of accessory to murder on allegations he helped the Nazi death camp kill 1.1 million Jews and others.

The dpa news agency reported that the Detmold state court sentenced Reinhold Hanning to five years in prison, though he will remain free while any appeals are heard.

During his four-month trial, Hanning admitted serving as an Auschwitz guard. He said he was ashamed that he was aware Jews were being killed but did nothing to try to stop it.

He had faced a maximum of 15 years.

Hanning's defense had called for an acquittal, saying there is no evidence he killed or beat anyone, while prosecutors sought a six-year sentence.