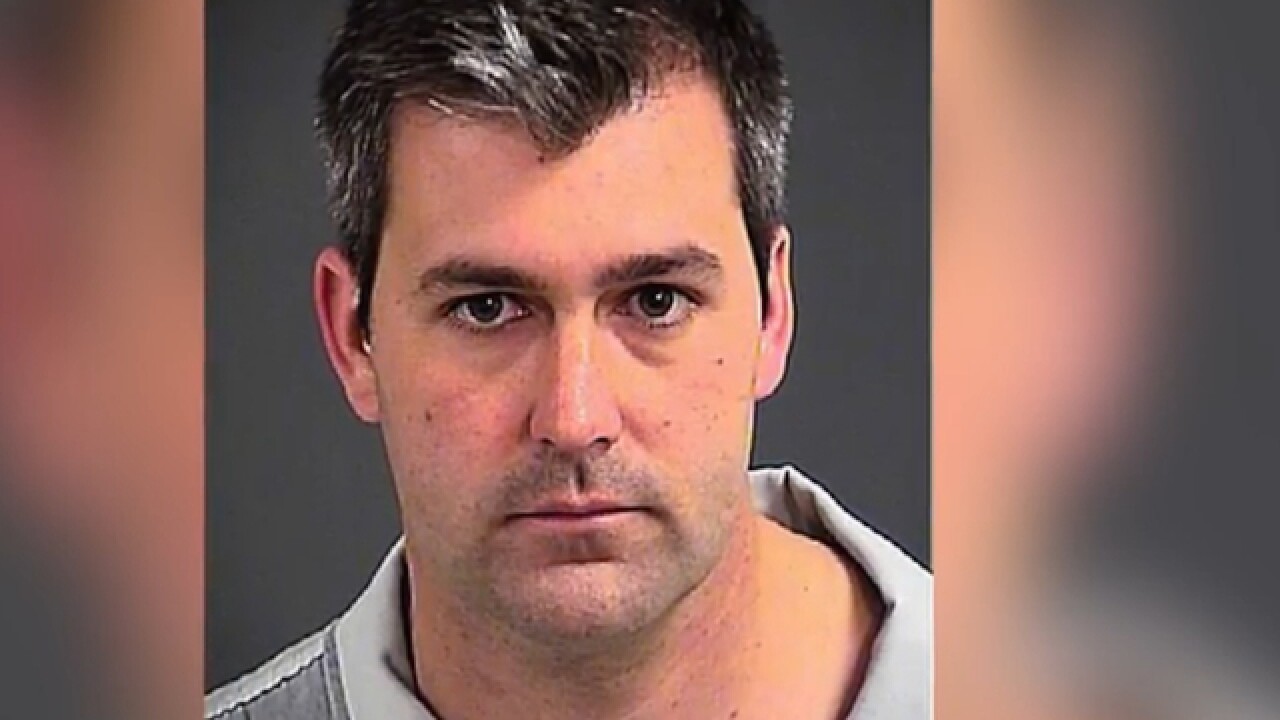 CHARLESTON, S.C. (AP) — A white former South Carolina police officer facing a state murder charge in the shooting death of unarmed black motorist Walter Scott has now been indicted on federal charges including depriving the victim of his civil rights.

An indictment unsealed Wednesday also charges Michael Slager, 34, with obstruction of justice and unlawful use of a weapon during the commission of a crime in the death of 50-year-old Scott.

A bystander's cellphone video captured images of Slager, then a North Charleston police officer, firing eight times as Scott ran from a traffic stop in April 2015. The case inflamed a national debate about how blacks are treated by white police officers.

The federal indictment charges that Slager, while acting as a law officer, deprived Scott of his civil rights. A second count says he used a weapon, a Glock Model 21 .45 caliber pistol, while doing so.

The third count, charging obstruction of justice, alleges that Slager intentionally misled agents of the South Carolina Law Enforcement Division about what happened during the encounter with Scott.

"Specifically, defendant Michael Slager knowingly misled SLED investigators by falsely stating that he fired his weapon at Scott while Scott was coming forward at him with a Taser," the indictment reads. "In truth and in fact, as defendant Michael Slager then well knew, he repeatedly fired his weapon at Scott when Scott was running away from him."

A release from the Justice Department said if convicted of the civil rights violation Slager could be sentenced to a maximum of life in prison and a $250,000 fine.

Chris Stewart, an attorney for the Scott family, called it amazing that after all the cases over the past 20 years the federal government has decided to indict an officer.

"I think the Justice Department is tired of sitting on the sidelines and they think this is one they can definitely win and send a message to police departments around the country," he told The Associated Press.

The AP left a message with Slager's attorney seeking comment.

Slager is scheduled to appear before a federal magistrate judge for an initial appearance later Wednesday. The magistrate will decide whether he will be able to remain free on bond that's been set in the state case. Scott's family said they planned to meet with reporters after the hearing.

Slager, who was fired from the police force after the incident, was held in solitary confinement until January, when he was released on half a million dollars bail and put under house arrest. He is at an undisclosed location, allowed to leave only for work, church and medical or legal appointments.

Slager's state trial is set to begin this fall, and he faces a possible life sentence without parole.

Prosecutors have asked for the trial to be moved up to August or back to May 2017 to give Solicitor Scarlett Wilson time to prepare for another trial, that of Dylann Roof who's charged with shooting nine people to death at a black church in Charleston last summer.

Roof's trial is now set for January, and the state Supreme Court has issued an order protecting Wilson from trying other cases before that one.