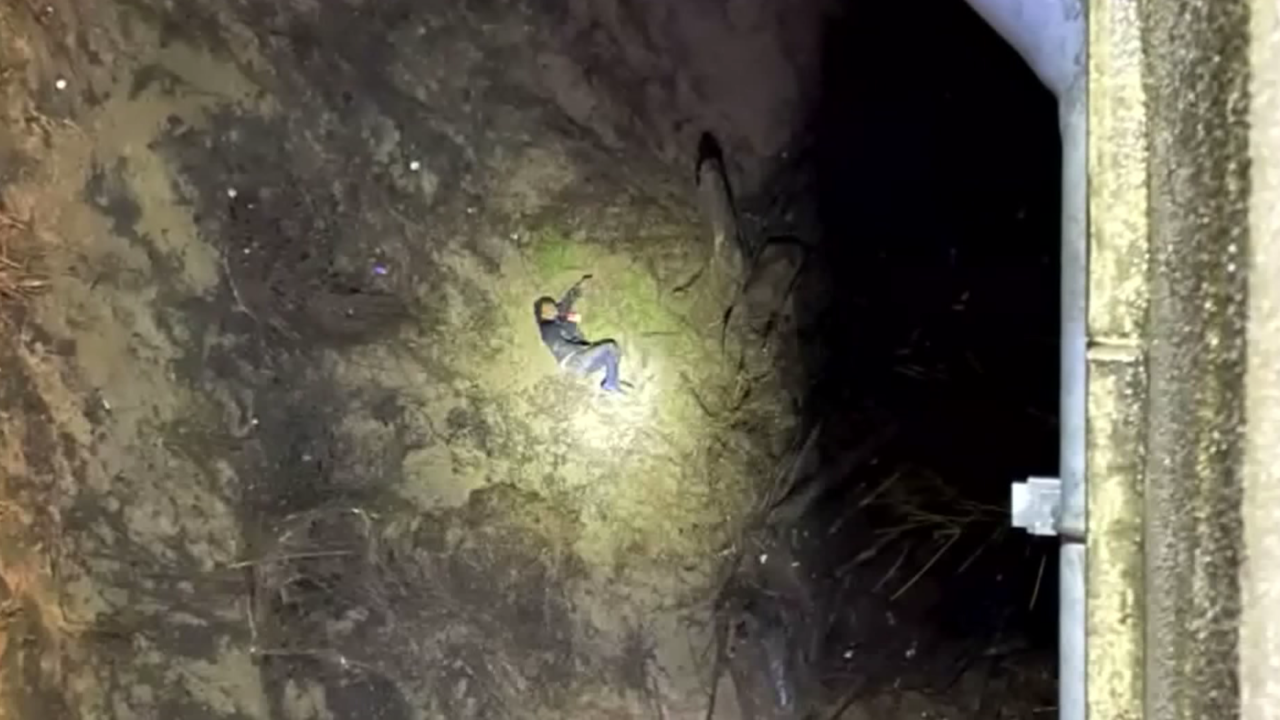 SALISBURY, N.C. – A delivery truck driver is lucky to be alive after stopping to help a stranded motorist in North Carolina.

The driver, Jeremiah Cribb, fell about 75 feet off the Yadkin River Bridge while trying to avoid getting hit by a tractor trailer in Salisbury.

"I keep having flashbacks,” Cribb told WSOC. “I'm not supposed to be here right now."

Cribb told WSOC that he was on the road early in the morning, making a delivery for FedEx, when he noticed a car stalled in the fast lane and he stopped to help. However, an 18-wheeler soon came barreling toward them.

"I was flashing my light on and off and he was in the left lane,” Cribb said. “He didn't merge, and we didn't know if he was going to hit the car, but I kind of had a feeling that he was, and he went and he smashed into the car."

But before that happened, Cribb had already jumped over the median, thinking he would land in grass at the same height, but he ended up falling 75 feet.

"I kind of laid there because I was afraid my back was broke,” said Cribb. “Something really bad happened."

Jacob Vodochodsky with the Salisbury Fire Department was among the first responders who rescued Cribb.

"I gave him a little pinch on the leg because the way he was laying there looked like he may have been paralyzed from that great of a fall," said Vodochodsky.

Despite some dizziness and shortness of breath, Cribb was in such good shape that crews were able to stand him up and rappel him back to the bridge.

"Words can't describe it. I'm still trying to wrap my head around it," said Cribb.

WSOC reports that Cribb is now recovering from a few broken ribs and a collapsed lung.

CNN and WSOC contributed to this report.