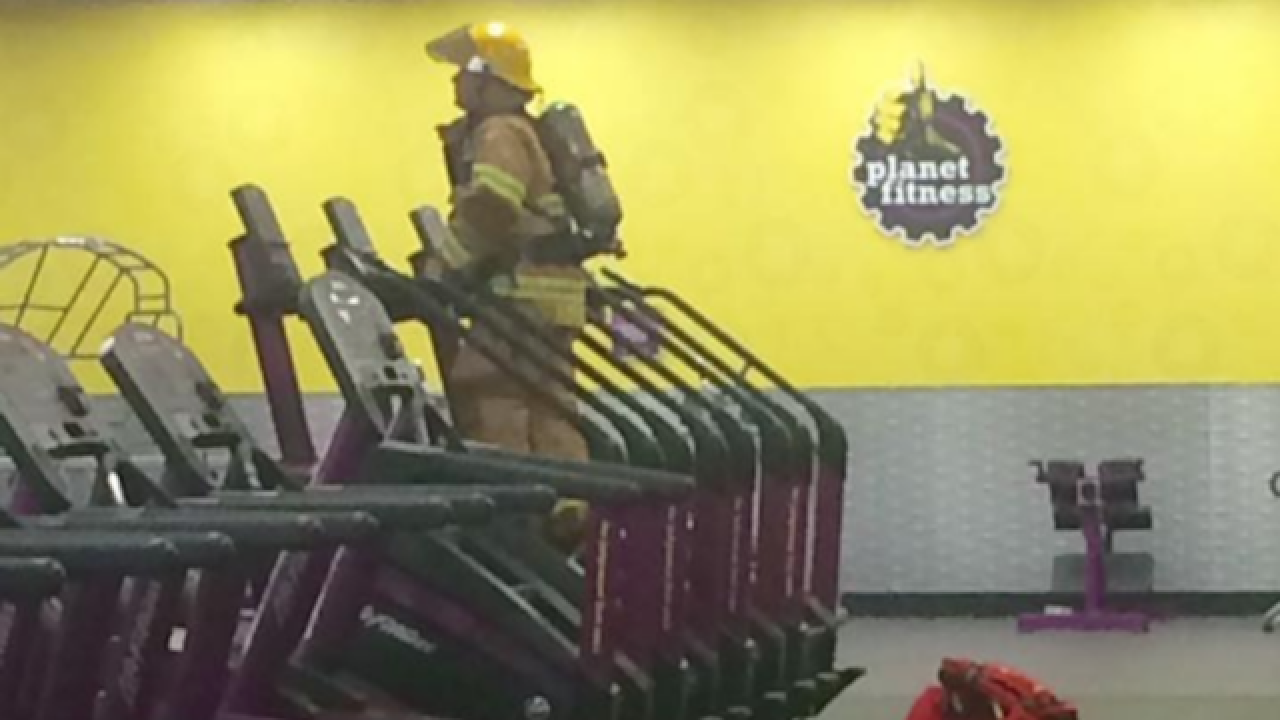 When Jason Harding went to the gym on Sunday, it was for much more than just a typical workout.

Harding, a firefighter from Tennessee, donned full firefighting gear and climbed aboard the stairmaster in solidarity with the first responders that died saving others during September 11 attacks 15 years earlier.

According to a Facebook post by Planet Fitness employee Lezlie Baueler, Harding was determined to climb 110 steps — one for each floor of the Twin Towers.

“I am not one to get emotional, but a few tears were shed. Thank you for your services,” Bauler said in her post.

Harding shared the following statement with WBIR-TV in Knoxville, Tennessee.

"When I went to the gym this morning at 6 a.m. before coming onto shift, I was only wanting to honor the fallen heroes and their families on this day 15 years ago. I was not and am still not looking for any self recognition.

I have received so many private messages via Facebook from people expressing that support, gratitude and blessings. Many stated my act brought them to tears, but little do they know, their support did the same for me. I want to thank everyone that shared and commented in response to this post. It is proof that, although we seem divided as a country at times, we unite at the most crucial times.

As a Public Safety Officer and McGhee Tyson airport office,  I am honored to be a firefighter, a police officer and a paramedic. I have been in emergency services for the most of my career after college and wouldn't change that for anything.

There are memorial stair climbs all across the country today honoring just as I did. I have participated in Nashville's Memorial Stair Climb for the past 4 years. Unable to make it this year I decided to honor anyway."