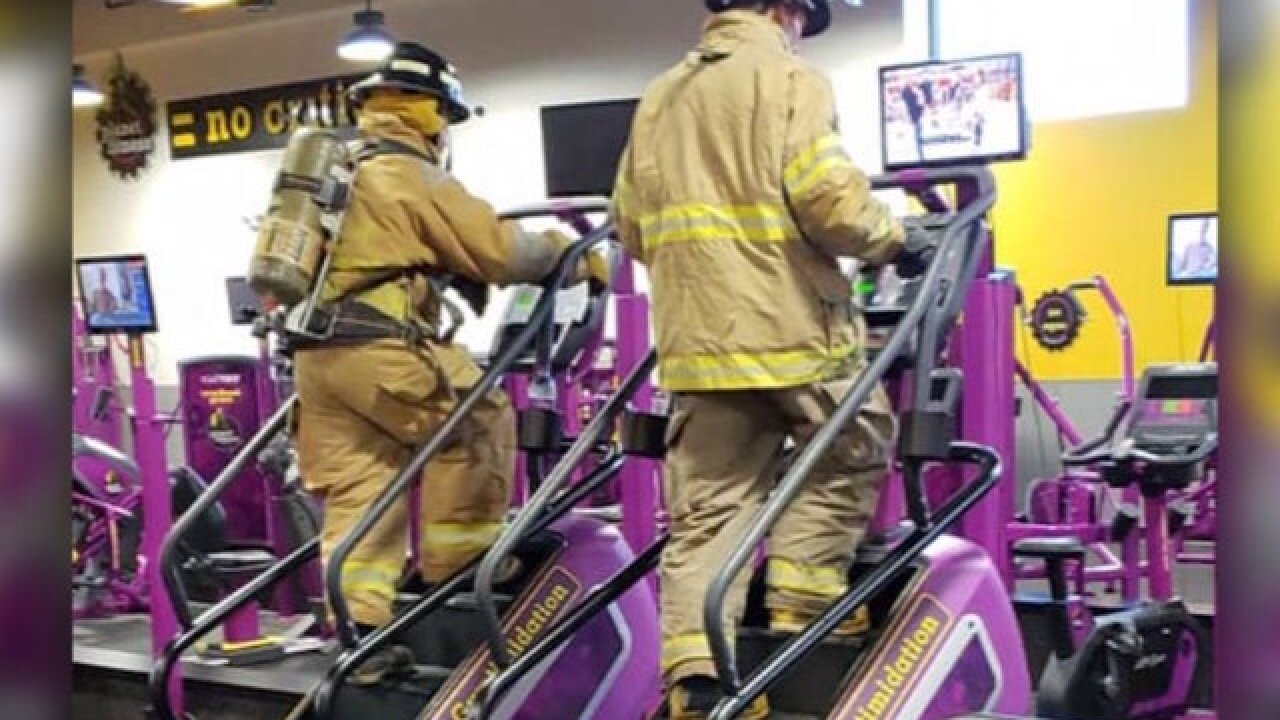 © 2018 Cable News Network, Inc.
Chelsea Renee Farmer
<p>At exactly 8:46 am every September 11 -- the moment when the first hijacked plane struck struck the Twin Towers in 2001 -- firefighters around the nation begin their ritual.</p>

At exactly 8:46 a.m. every September 11 -- the moment when the first hijacked plane struck the Twin Towers in 2001 -- firefighters around the nation begin their ritual.

In stadiums, public buildings and, in some cases, on the StairMasters at their gyms, the first responders walk up 110 flights of stairs -- dressed in full firefighting gear.

It's a tradition meant to honor the 343 firefighters who lost their lives in the line of duty that horrific day. The 110 flight-climb is meant to simulate the heroic distance those fallen men and women had to travel inside the World Trade Center that day.

They do this every year to mark the somber occasion, and today was no different.

The firefighters at the gym

Chelsea Renee Farmer was enjoying her morning workout at a Planet Fitness in Georgia on Tuesday, when she saw two firefighters on the StairMaster. They were fully suited, which can add up to 45 lbs.

"They started at 8:46 a.m. Two firefighters at my gym walking all 110 stories of the World Trade Center and back down in remembrance of 9/11 and to honor all the fallen heroes," Farmer wrote when she shared the video on Facebook.

The video quickly received over 100,000 likes and shares, prompting many to praise the meaningful tribute.

The firefighters belong to the Houston County fire department. CNN reached out to the department for further comment and is waiting to hear back.

According to the National Fallen Firefighters Foundation, the tradition began in 2005 when five Colorado firefighters met up at a high-rise building in downtown Denver to climb 110 flights to pay tribute. They called it the "9-11 Memorial Stair Climb."

And on Tuesday, the scene was repeated over and over across the country.

In Vermont, a group of firefighters climbed the stairs at a parking garage at the Burlington International Airport 18 times.

In Denver, firefighters and first responders walked up and down the stairs at the Red Rocks Amphitheatre nine times.

And in Sacramento, California, first responders climbed the stairs at the Renaissance Tower Building, which has the same number of stairs that the World Trade Center towers had.

Once they got to the top, they placed the names of the fallen heroes in a small replica of the towers and rang a memorial bell.