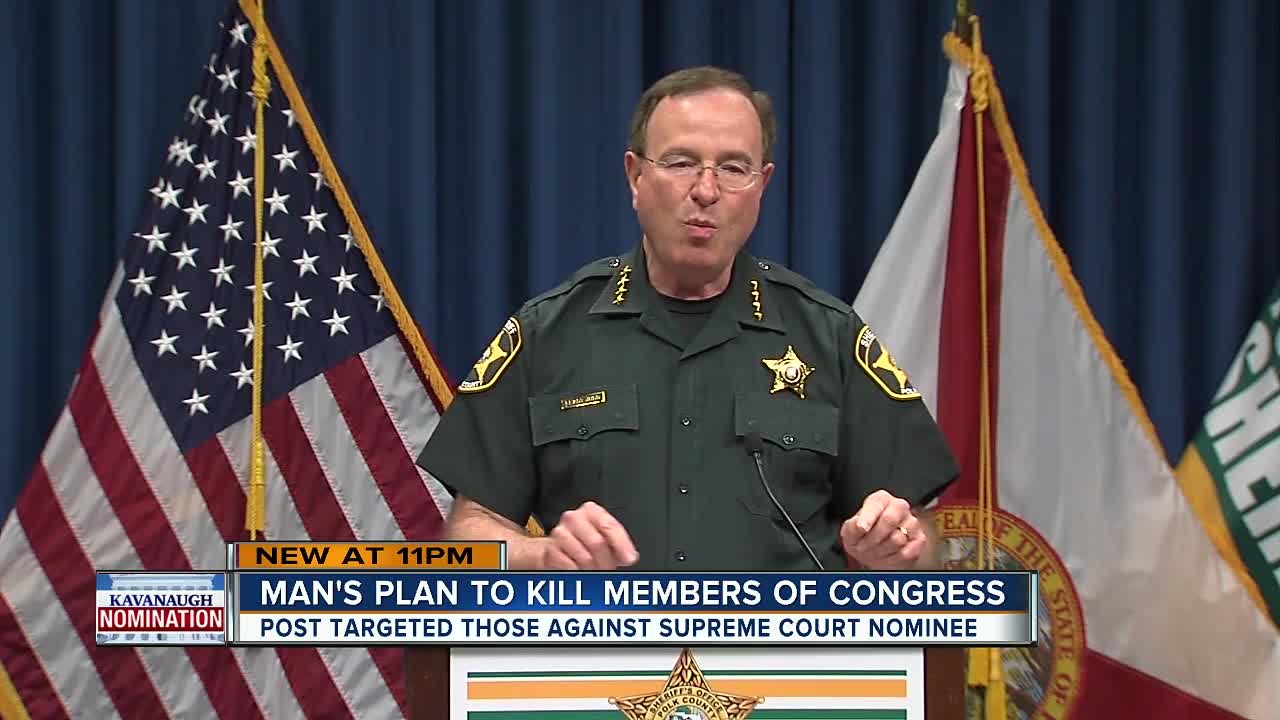 Deputies arrested a Winter Haven man after he threatened to kill members of Congress and their families on Facebook if Brett Kavanaugh wasn't confirmed to the Supreme Court. 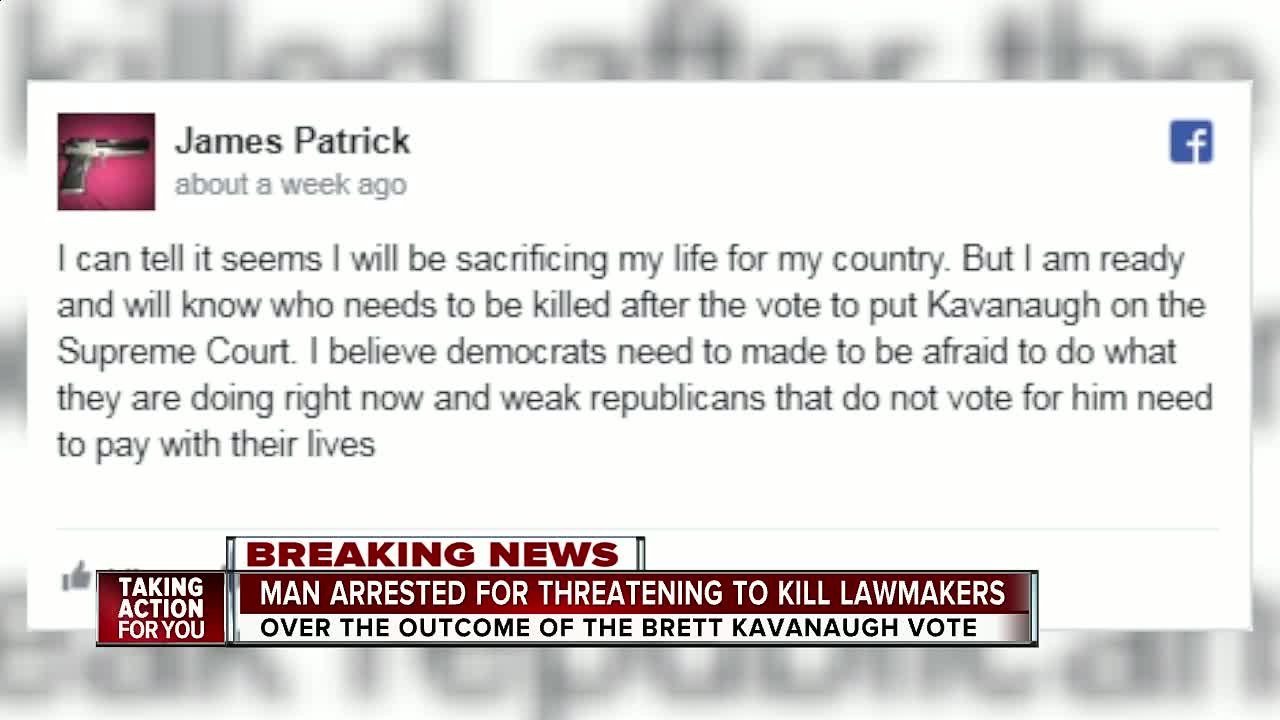 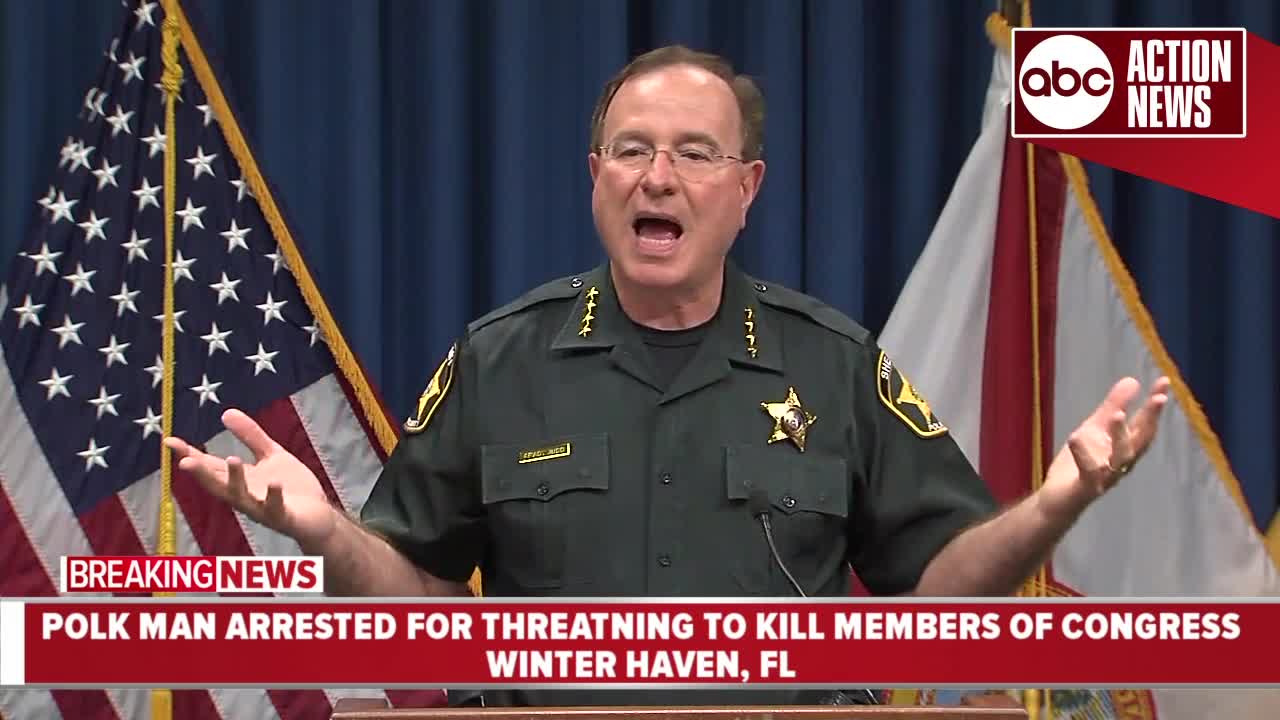 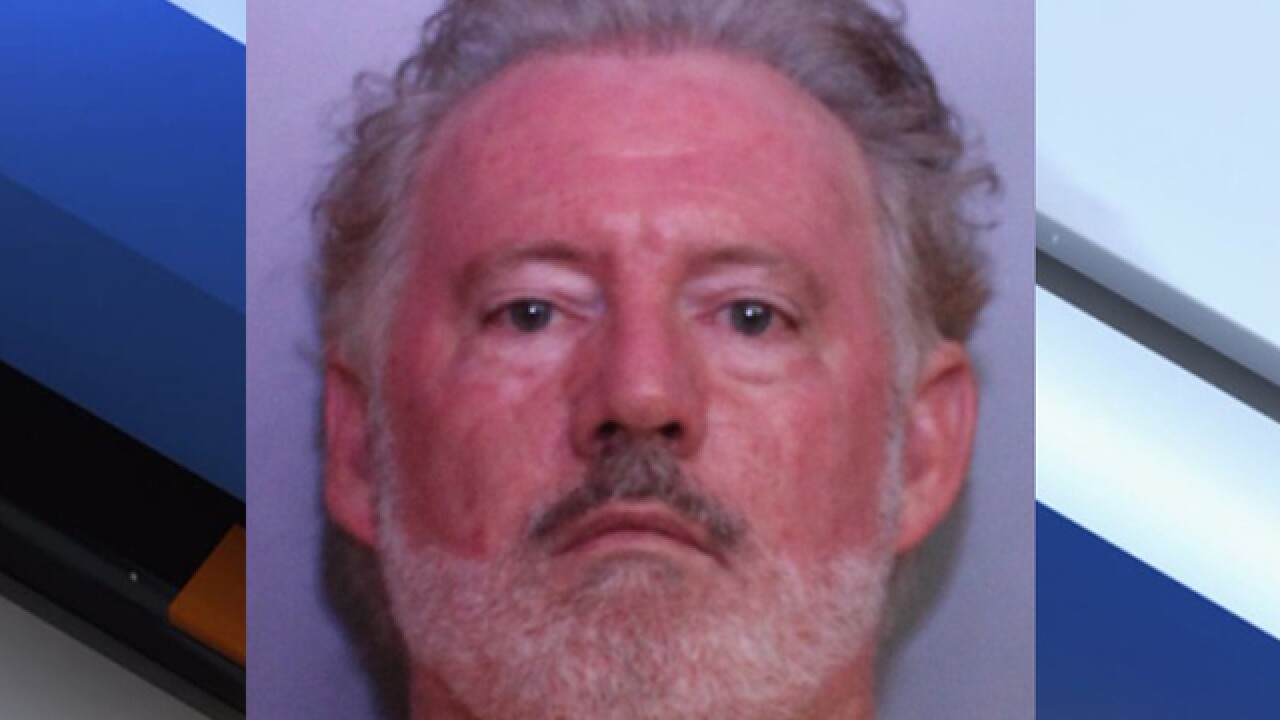 WINTER HAVEN, Fla. — Deputies arrested a Winter Haven man after he threatened to kill members of Congress and their families on Facebook if Brett Kavanaugh was not confirmed to the Supreme Court.

James Patrick, 53, was arrested Thursday by the Polk County Sheriff's Office after they received tips about his threatening posts.

"Within five hours of receiving an email tip about the posts, our detectives investigated it, obtained an arrest warrant and search warrant, and took the suspect into custody without incident," Polk County Sheriff Grady Judd said. "People need to calm down, and stop making threats of violence — we will not tolerate it. Anyone who threatens to shoot or kill any public servant or law enforcement officer will go to jail immediately."

Along with threatening members of Congress, Patrick threatened to shoot any local or federal law enforcement that tried to stop him — alongside a picture of a bullet.

His Facebook posts contained photos of him, photos of guns and ammunition. A search warrant was obtained for his house and deputies seized a .308 hunting rifle with scope, a .50 caliber Desert Eagle handgun, ammunition for both, numerous receipts from local gun shops and several used targets.

"When we went to arrest him, he goes, Oh I knew it was pretty bad language, but I didn't think I would get in trouble because I didn't say it about any one person. News flash, you did get in trouble," Judd said.

Patrick posted numerous other threats, along with pictures of guns on Facebook. He posted about selling his home and his car, along with having someone look after his dogs so he could carry out his 'plan.'