Former aide: Trump campaign reaction to 2016 WikiLeaks dump was 'a state of happiness' 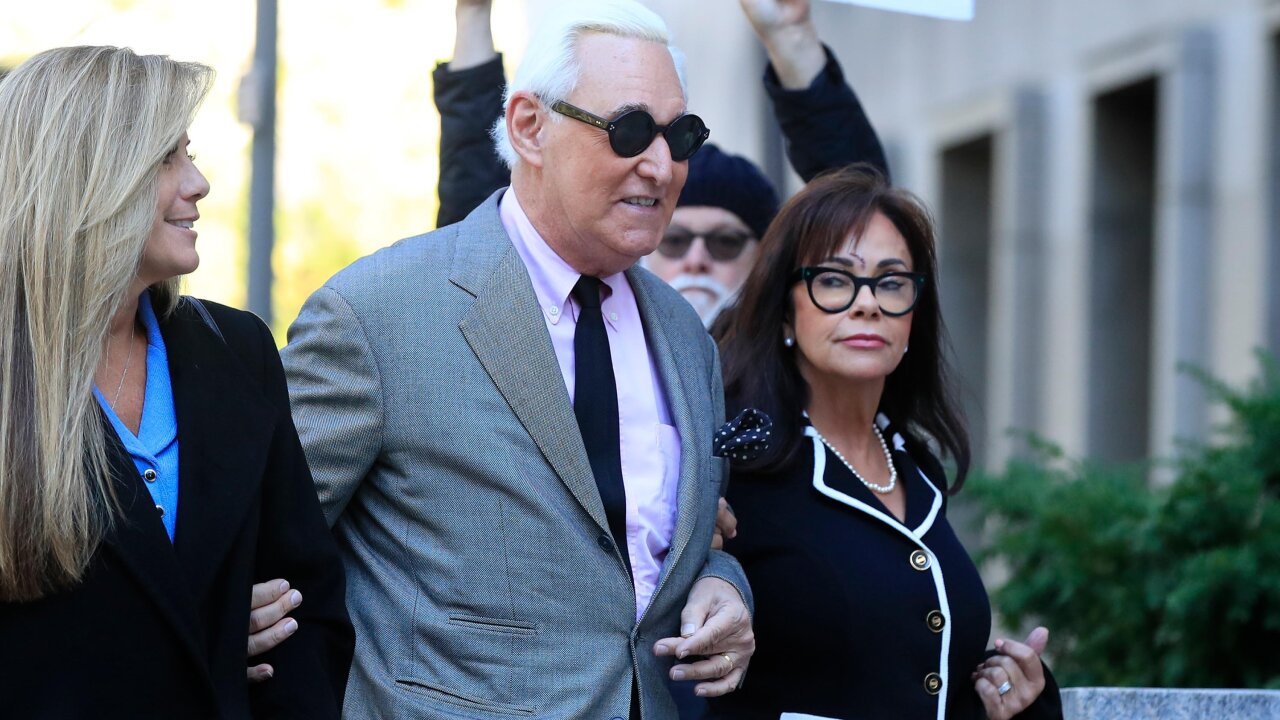 A top aide to Donald Trump's 2016 campaign revealed new details in court testimony Tuesday about Trump's reaction to dumps of information from WikiLeaks at key moments in the race.

Former deputy campaign chair Rick Gates testified that he was riding in a Chevy Suburban from LaGuardia Airport in New York in mid-2016 when Trump took a late-evening phone call from his longtime associate Roger Stone, where the pair apparently discussed WikiLeaks' planned release of hacked Democratic emails.

"After Mr. Trump got off the phone with Mr. Stone, what did Mr. Trump say?" prosecutor Aaron Zelinsky asked Gates. "He indicated more information would be coming," Gates responded, in testimony at Stone's criminal trial in Washington.

"For months, information had been talked about" in the campaign prior to the July 22 drop of emails, Gates said Tuesday. "The campaign was in a state of happiness" in the wake of the July release.

His testimony flies in the face of repeated denials by both Stone and Trump that they had ever discussed WikiLeaks. Trump said he did not "recall" any conversations in written answers to special counsel Robert Mueller, and also told Mueller that he first learned about the hacked emails "at or shortly after the time it became the subject of media reporting."

The revelation is among the details that's been withheld from the public in Mueller's final report on Russian interference in the 2016 election. When the report was released in May, the Justice Department redacted key portions about Trump's reaction to the WikiLeaks releases because the information was related to Stone's trial. This was a routine move, but it blunted the impact of some damaging allegations against Trump and how his campaign knowingly benefitted from Russian meddling.

Gates' reveal of what Trump said to him after speaking with Stone puts in even sharper relief how much Trump himself knew about how the Russian hack and release of Democratic emails could help his campaign.

According to the Mueller report, Gates previously told investigators that the Trump campaign "was planning a press strategy, a communications campaign, and messaging" based on potential WikiLeaks releases. In the final stretch of the 2016 campaign, Trump made near-daily references to WikiLeaks at his rallies, sometimes reading directly from the messages and latching onto theories that were being simultaneously promoted by Kremlin-controlled news outlets.

Prosecutors haven't filled in details on whether Stone got confidential information from WikiLeaks through a supposed backchannel. Stone is accused of lying to Congress about what he discussed with the campaign regarding WikiLeaks and about the supposed backchannel, among other charges. He has pleaded not guilty.

Gates was one of the most significant witnesses of the Mueller investigation and has continued to be a key witness in cases prosecutors have pursued. Tuesday marked the third time Gates has testified at a criminal trial, but the first time he is speaking to a jury about interactions with Trump.

Gates pleaded guilty last year to two crimes and has cooperated with prosecutors in exchange for what he hopes will be a lenient sentence. His cooperation is winding down after nearly two years -- Gates' lawyers and the Justice Department told a judge on Monday that his case will be ready for sentencing, which could happen as soon as next month.