Johnny Manziel turns self into police 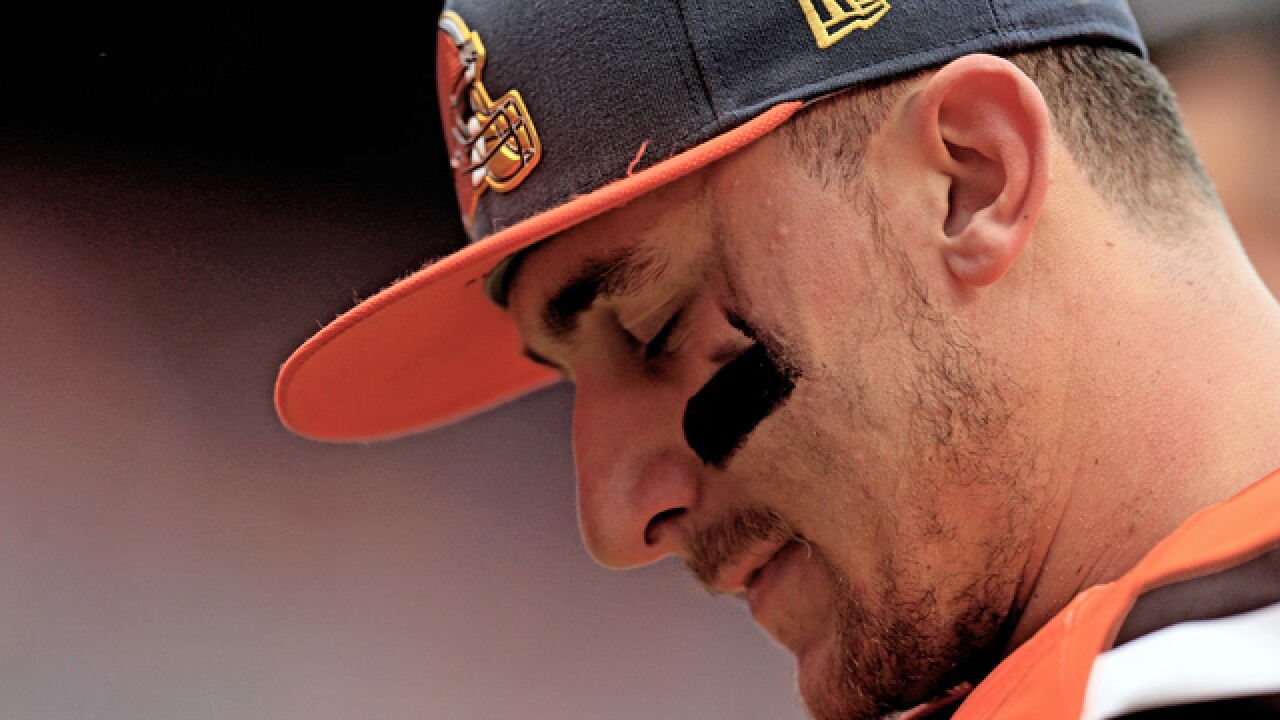 Andrew Weber
<p>CLEVELAND, OH - DECEMBER 13: Quarterback Johnny Manziel #2 of the Cleveland Browns walks off the field during the end of the second quarter against the San Francisco 49ers at FirstEnergy Stadium on December 13, 2015 in Cleveland, Ohio. (Photo by Andrew Weber/Getty Images)</p>

DALLAS - Johnny Manziel has been booked and posted bond in a domestic violence case, one day before the former Cleveland Browns quarterback faces his first court hearing.

Manziel attorney Robert Hinton said Wednesday that the 23-year-old quarterback presented himself for booking and a mugshot, which was not immediately available.

The Heisman Trophy winner and former Texas A&M star was indicted by a grand jury last month after his ex-girlfriend alleged he hit her and threatened to kill her during a night out in January.

Manziel faces a Class A misdemeanor that carries up to a year in jail and a $4,000 fine.

He is expected to appear briefly before a Dallas judge Thursday morning.