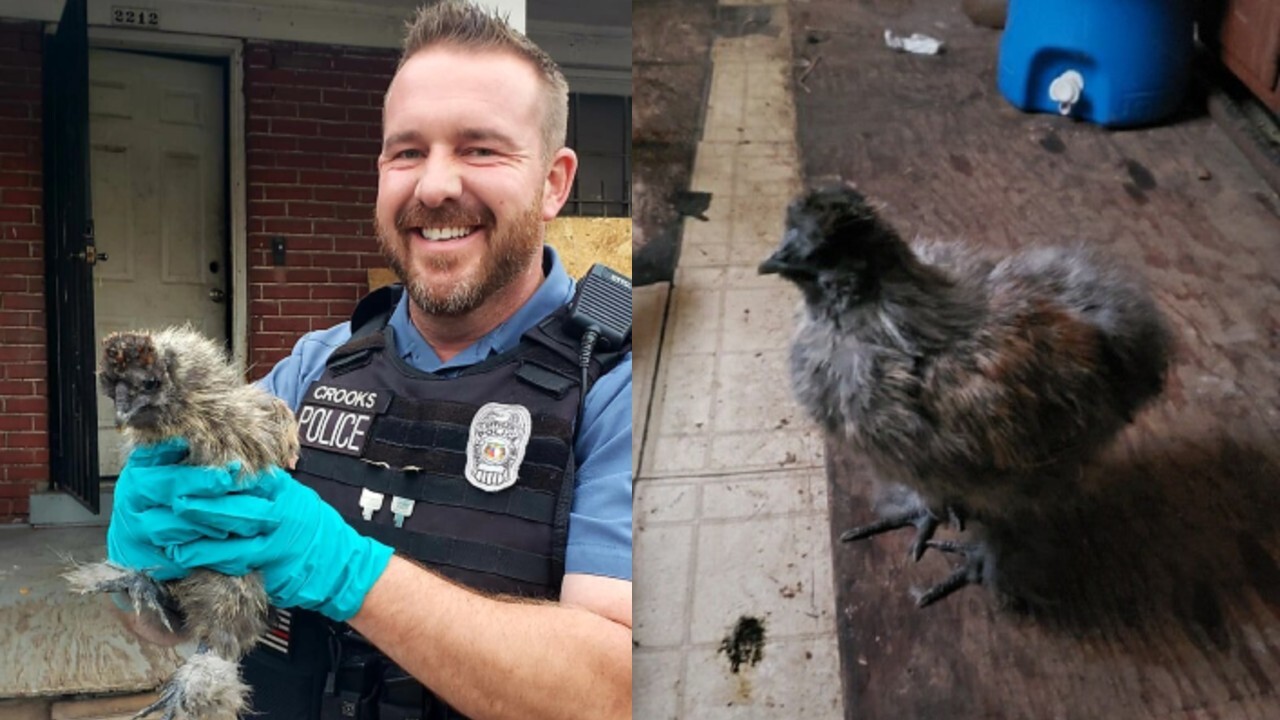 KANSAS CITY, Mo. — You never know what you'll encounter as a police officer. One day, you may walk into a home looking for burglary suspects and walk out with a chicken .

According to the police department's Twitter account, officers were called to a burglary in the 2500 block of East 22nd Street, where they pursued suspects who fled from a home where they were trespassing.

Witnesses pointed officers to a vacant home in the 2200 block of Prospect Avenue where the suspects were hiding.

Officers arrested two men for trespassing and one woman for a felony warrant.

As police cleared the house, a chicken wandered out of one of the cabinets.

Officers were called to a burglary in progress this morning. Suspects fled from the house, & witnesses pointed out the vacant home where they went. Officers found them & arrested them. They cleared the house & thought it was empty. Until this chicken strutted out of a cabinet. pic.twitter.com/55YV2aPvyP

Police spokesman Sgt. Jacob Becchina said that the home had no utilities in it, but it appeared the chicken was living in the cabinets for quite some time.

The home was boarded up following the investigation.

The chicken was taken in by the city's Animal Control Division and will be available for adoption in 10 days at KC Pet Project.

Police said there may be a line to adopt the animal, however, as some department members are interested in giving the little chicken a new home.

This story was originally published by Katelyn Brown at KSHB.