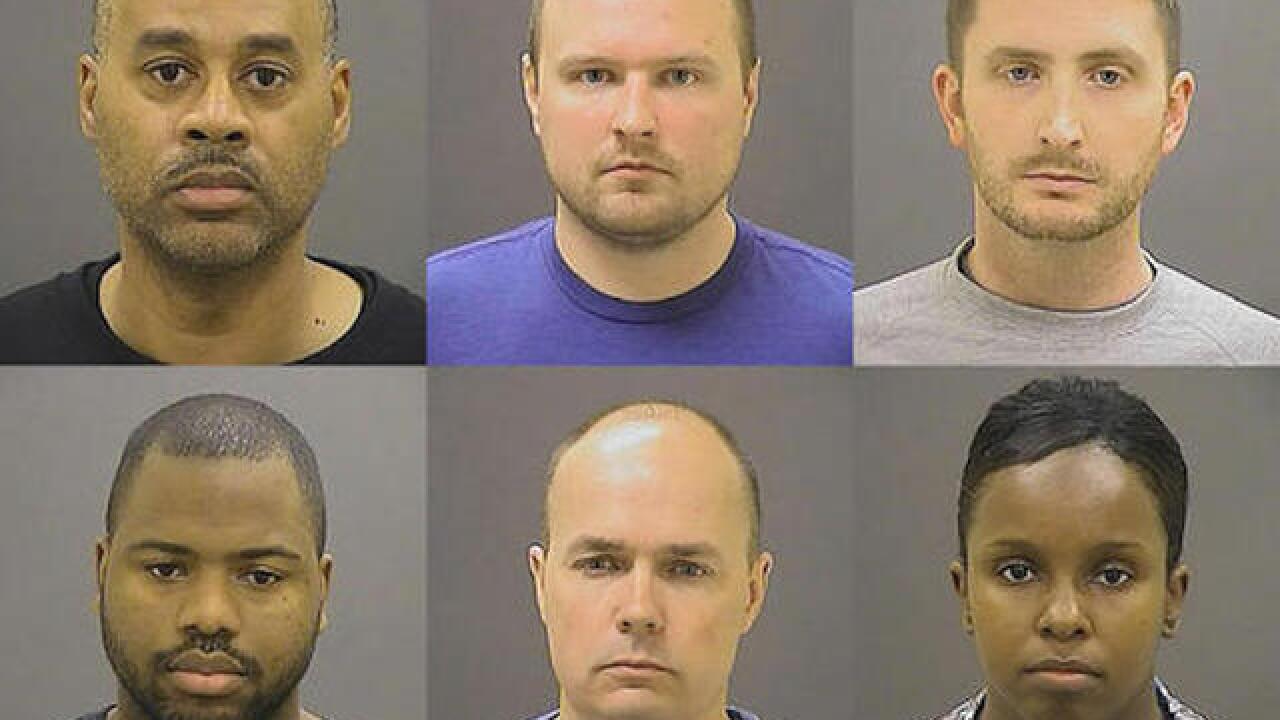 BALTIMORE (AP) — After a five-month pause, the Freddie Gray trials get under way again this week, with one of the arresting officers facing charges of assault, reckless endangerment and misconduct in office.

A judge will hold a hearing Tuesday on several crucial motions that will influence the scope of the proceedings for Officer Edward Nero, and could significantly limit what information about Gray's arrest will be available during the trial, scheduled to begin Wednesday. Prosecutors have asked to push it to Thursday.

Baltimore Circuit Judge Barry Williams will decide how much prosecutors and defense attorneys can talk about Gray's troubled past. The officer is also requesting to exclude any reference about the legality of the folding knife found in Gray's pocket when he was arrested April 12, 2015, outside of the Gilmor Homes housing complex. Attorneys for the officers say it was illegal and his arrest was justified.

Prosecutors say the knife was legal and he should have never been arrested.

Gray, a 25-year-old black man, was placed in the back of a police wagon with his wrists in cuffs, but he wasn't belted in with a seat belt, a violation of department policy. He suffered a critical spine injury in the van and died a week later at a hospital.

The death triggered protests, followed by looting and rioting and six police officers were charged in the case. The first trial of Officer William Porter, who checked on Gray several times while he was in the back of the van, ended in a hung jury.

Nero, Officer Garrett Miller and Lt. Brian Rice were the arresting officers who chased Gray after he made eye contact with one of them and took off running.

In the months that followed the arrest, prosecutors have backed off the knife issue somewhat, instead arguing that the officer shouldn't have chased and detained Gray.

This case could have weighty implications for the trials to come.

"The stakes are high," said attorney Warren Alperstein, who is not involved in the case. "If Nero is acquitted, it would make successful prosecutions of Miller and Rice virtually impossible, because those officers are being tried under the same theory of prosecution as Nero."

The court has not scheduled jury selection, which means Nero could be considering a bench trial.

The judge has issued a gag order in the case, preventing attorneys from talking about it.

After Porter's trial ended in December, prosecutors and defense attorneys wrangled for months over whether the officers would have to testify at one another's trials. Maryland's high court ruled they did, and Miller is expected to take the stand in Nero's trial.

At Porter's trial, Porter told the jury that he told his supervisors to take Gray to the hospital as soon as he said he needed medical aid. Porter added that it wasn't his job to strap the prisoner into a seat belt; rather, it is the driver's responsibility.

Gray's death threw a spotlight onto Baltimore's long-troubled police department, now under review from the U.S. Department of Justice for allegations of excessive force and unlawful stops. It also added fuel to the Black Lives Matter movement, and became a rallying cry in the growing national conversation about the treatment of black men by police. Three of the officers charged in his death are black, while Nero and two others are white.