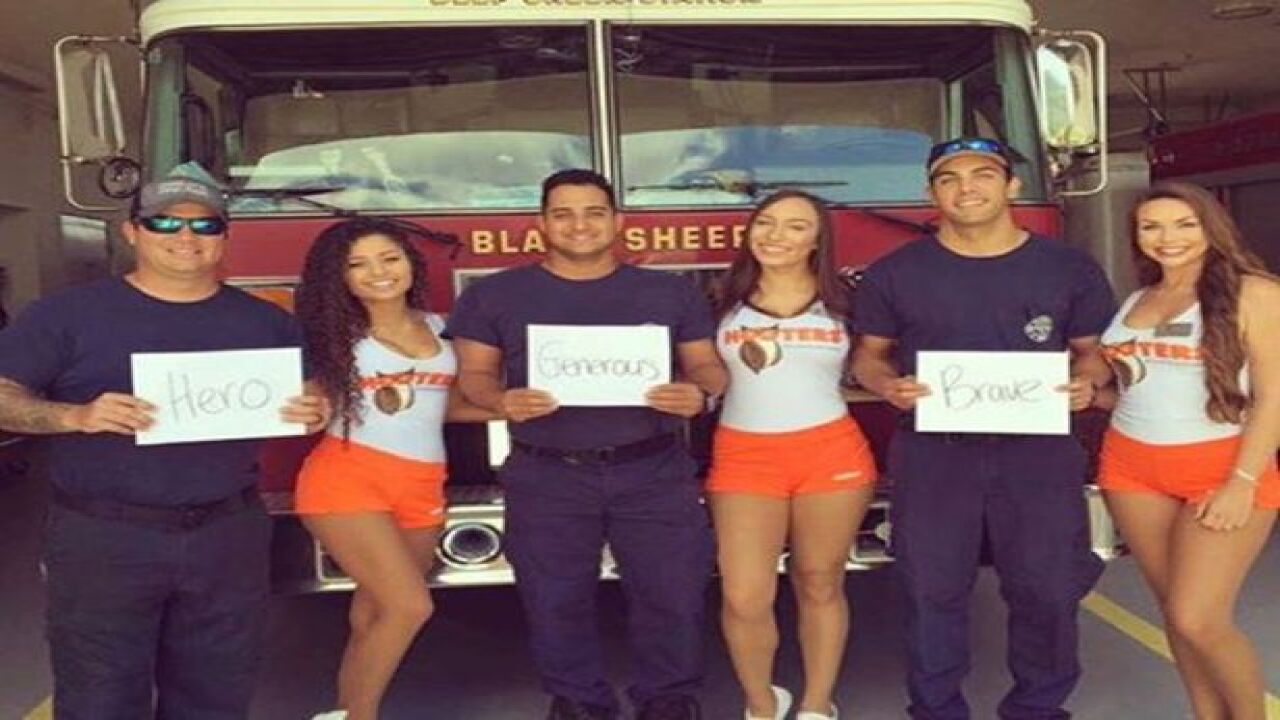 In an effort to promote the idea of establishing a National First Responders Day, Hooters restaurants nationwide are offering a free meal to those who put their lives on the line to protect others.

Since 2013, Andrew Collier, brother of slain MIT police officer Sean Collier who gave his life protecting his community during the Boston marathon bombing tragedy, has been lobbying Congress to designate ONE day to recognize the contribution and sacrifice of First Responders across America – a National First Responders Day.

In addition to signing the petition, Americans can show their support for First Responders by posting a picture on social media using the hashtag #OneWordOneDay and holding a sign with ONE word that they believe best represents First Responders.

Hooters is expressing its thanks to our First Responders by treating them to a free entrée.  On Tuesday September 20, all First Responders can select an item from a special menu that includes, Buffalo Chicken Salad, Buffalo Chicken Sandwich, Hooters Burger, 10-Piece Traditional Wings and 10-Piece Boneless Wings, when they present a valid ID at any Hooters location across the nation.