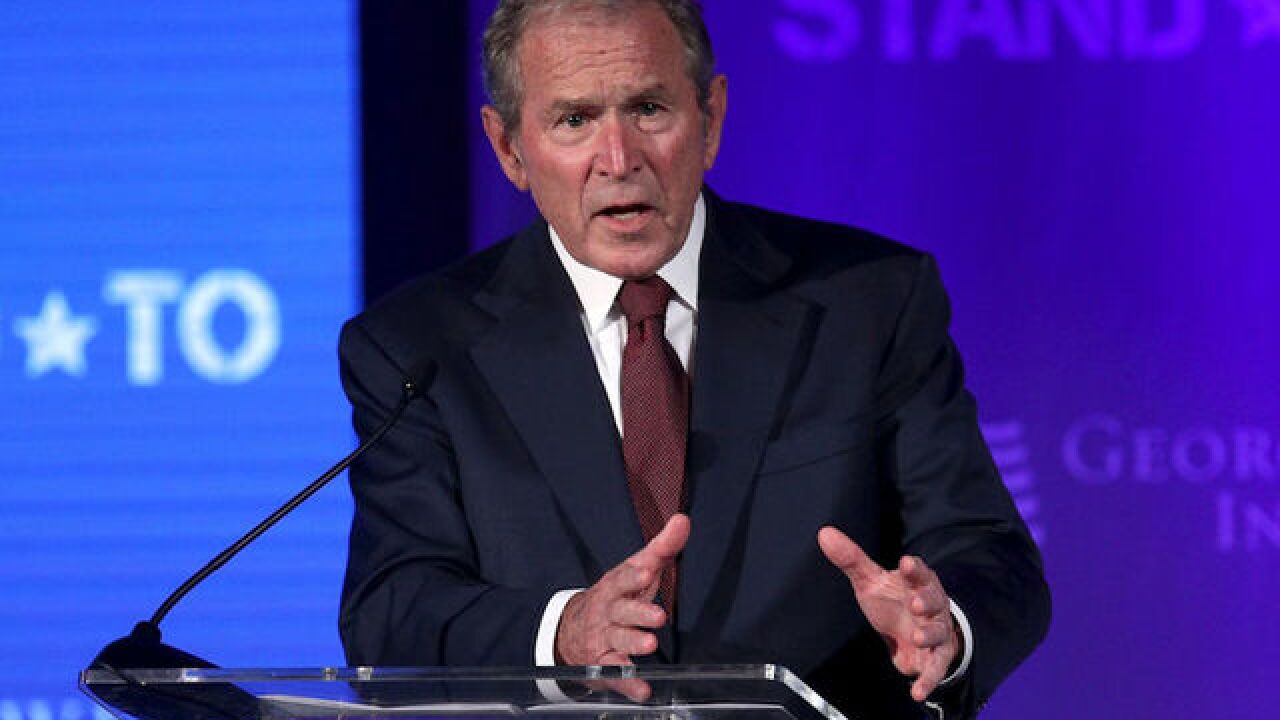 Image copyright 2017 Getty Images. All rights reserved. This material may not be published, broadcast, rewritten, or redistributed.
Alex Wong
<p>Former U.S. President George W. Bush speaks during a conference at the U.S. Chamber of Commerce June 23, 2017 in Washington, DC. </p>

One U.S. president spoke with Sen. Susan Collins several times ahead of her announcement Friday that she would support Brett Kavanaugh's nomination to the Supreme Court -- and he's been out of office for nearly a decade.

Former President George W. Bush called a number of senators in recent weeks, and had several conversations with Collins to reassure the key Republican vote about Kavanaugh's character and temperament, a person familiar with the matter tells CNN.

Kavanaugh's confirmation was thrown into doubt after a tense Senate Judiciary Committee hearing in which Christine Blasey Ford alleged the Supreme Court nominee had sexually assaulted her when they were in high school in the 1980s. Kavanaugh has denied all the allegations against him.

Collins supported an additional FBI background check into the accusations, which stoked speculation that she might then break with Republicans and vote against Kavanaugh's nomination, but the results of that investigation -- along with Bush's calls -- paved the way for her support Friday.

"I do not believe that these charges can fairly prevent Judge Kavanaugh from serving on the court," the senator said on the Senate floor.

Kavanaugh had served as associate counsel and staff secretary under Bush, who has repeatedly praised him as a candidate for the Supreme Court.

"President Trump has made an outstanding decision in nominating Judge Brett Kavanaugh to the Supreme Court," Bush said in a statement in July. "Brett is a brilliant jurist who has faithfully applied the Constitution and laws throughout his 12 years on the D.C. Circuit."

Bush also reaffirmed his commitment to Kavanaugh after Ford and other accusers brought allegations of sexual misconduct against the nominee.

"Laura and I have known and respected Brett Kavanaugh for decades, and we stand by our comments the night Judge Kavanaugh was nominated," he said in September in a statement provided to CNN by his spokesperson, Freddy Ford.

On Friday, the Senate voted 51-49 to move Kavanaugh's Supreme Court nomination to a final vote, which is expected to take place Saturday.