Girl responds to classmate who calls her autistic brother 'weird' 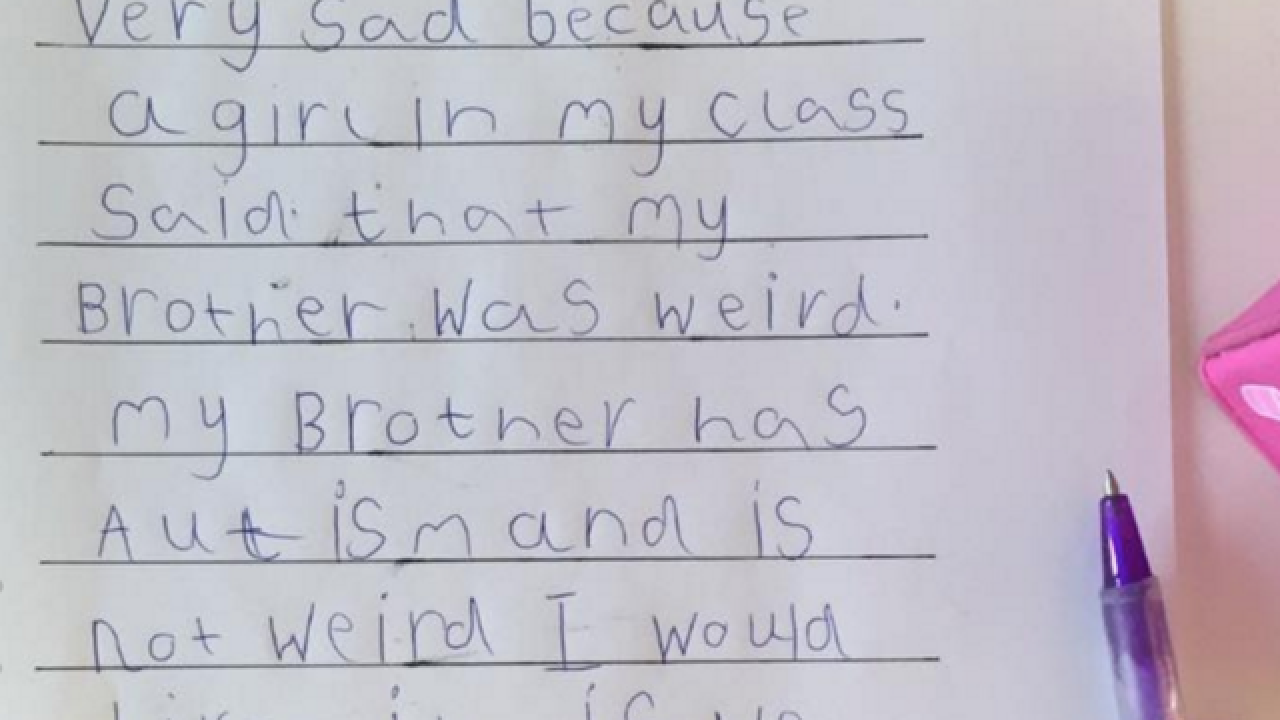 Earlier in October, 6-year-old Lex Camilleri wrote a letter to a classmate who called her autistic brother "weird" saying that her brother is not weird and that she was sad.

Lex's mother Sophie Camilleri posted a photograph of the letter on her Facebook page, which has been shared nearly 30,000 times.

Camilleri credited her daughter for taking a stand on behalf of her brother.

"I'm so very proud that Lex has this view and wants to change the way other children view others with disabilities." Camilleri wrote. "She is only 6 years old and is already part of the school council, wanting to make this change."

Lex said that she wanted her classmates to learn more about disabilities so "everybody understands that some people are different but we should all be treated the same."

Among those spreading Lex's message was the UK's National Autistic Society.

"We think there should be much more autism understanding in the classroom which is why are encouraging all schools and nurseries around the country to sign up to our free autism resources," the society wrote on its Facebook page.

According to Centers for Disease Control and Prevention, 1-in-68 American children have autism.