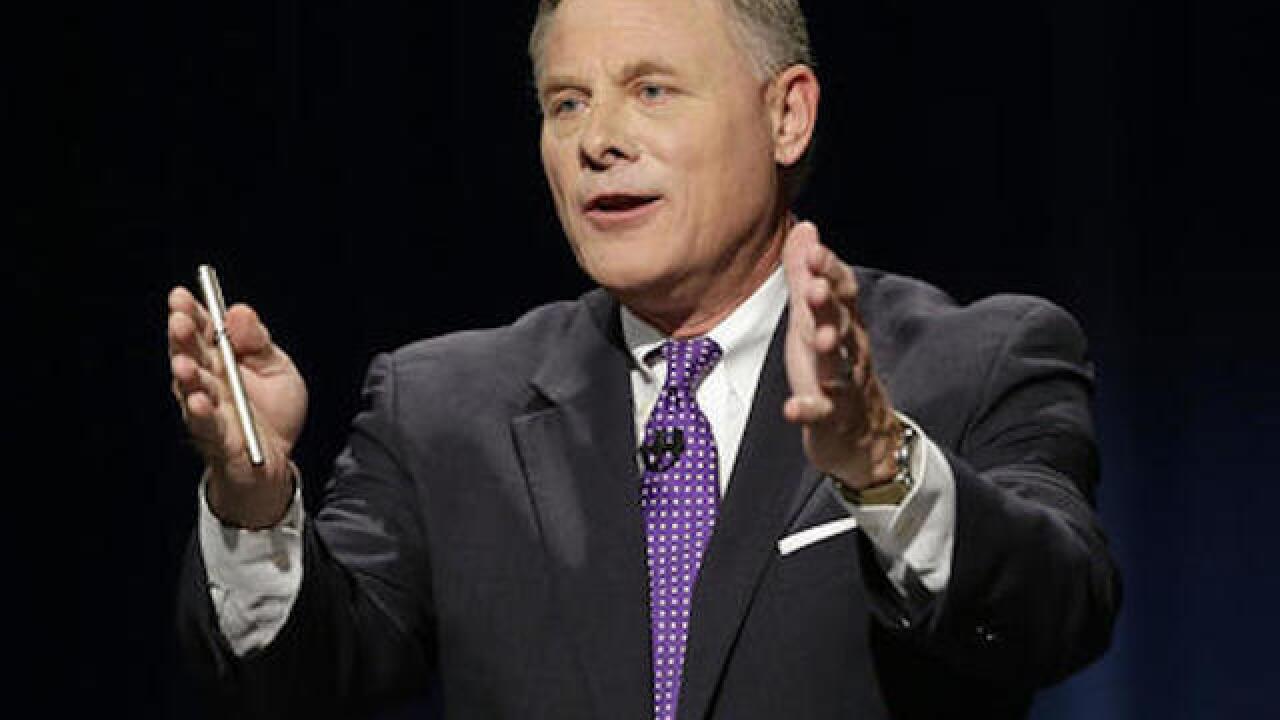 RALEIGH, N.C. (AP) — North Carolina Sen. Richard Burr is apologizing after he was caught telling Republican supporters that he was surprised Hillary Clinton appeared on the cover of a gun magazine without a bull's-eye on her face.

Burr is locked in a tight race for a third term against Deborah Ross, whom national Democrats see as one of their best chances to pick up a seat as they try to retake the Senate. Burr is the chairman of the Senate intelligence committee and one of the chamber's more powerful Republicans.

Ross, who has hammered Burr for supporting Donald Trump, said the remark was out of line. Trump ignited his own controversy on the subject in August when he suggested "Second Amendment people" might find a way to stop Clinton from rolling back gun rights with her Supreme Court nominations. Trump later said he was merely trying to suggest the strong voting power of gun rights supporters.

On the audio obtained by CNN, Burr tells a private gathering about his thoughts when he saw a copy of American Rifleman in a gun shop.

"It's got a picture of Hillary Clinton on the front of it. I was a little bit shocked that it didn't have a bull's-eye on it," Burr said on the recording CNN said was made Saturday in Mooresville, about 30 miles north of Charlotte.

Burr issued a statement of apology Monday afternoon shortly after CNN published the recording: "The comment I made was inappropriate, and I apologize for it."

"We take from it a level of violent rhetoric that is dangerous and we need to say is unacceptable," Gross said in a telephone interview.

In recent weeks, Burr has rarely appeared at public campaign rallies, preferring private Republican Party events. At some, he pledges his unity with the GOP presidential nominee.

"There's not a separation between me and Donald Trump," Burr said at a Gaston County GOP event two weeks ago.