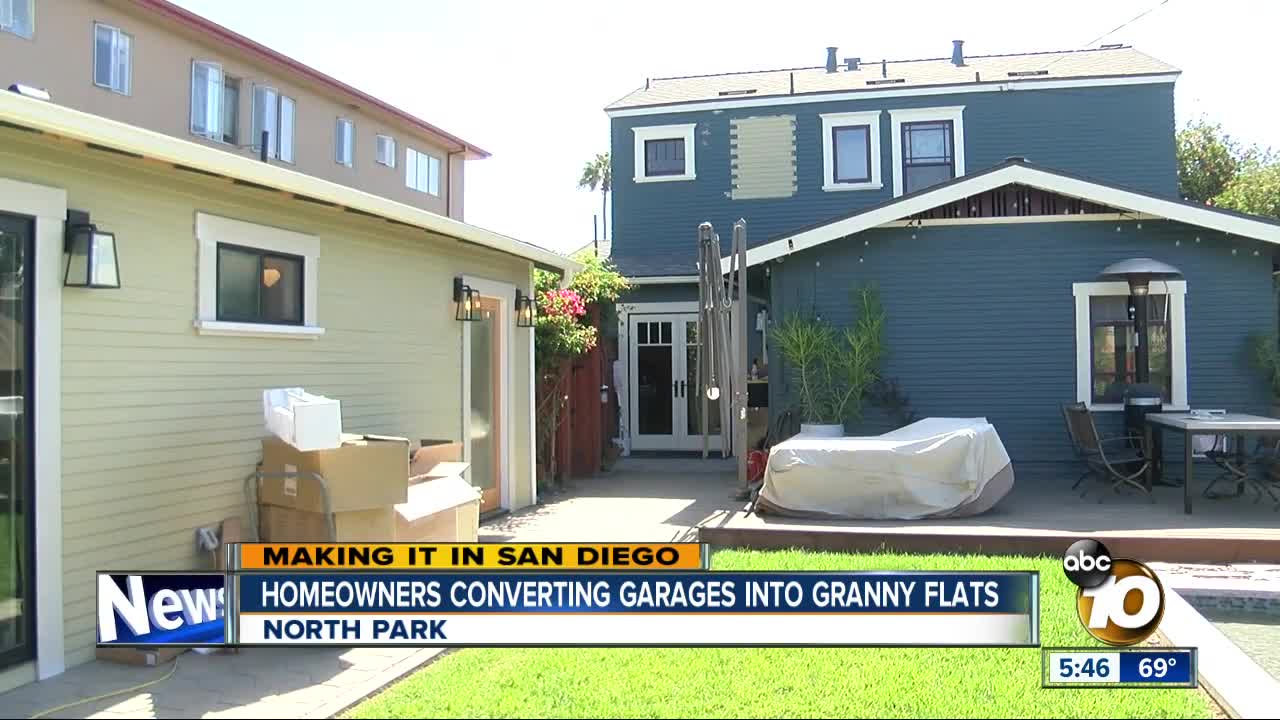 Some San Diego owners are making a little extra money and helping with the housing crisis by converting their home detached garages into so-called "granny flats." SAN DIEGO — Some San Diego homeowners are making a little extra money and helping with the housing crisis by converting their detached garages into so-called "granny flats."

KGTV visited the 95-year-old home of Mike Walsh, who is in the process of remodeling his garage.

"It was a huge garage and we had a bunch of space in it, so we thought we'd try to convert it into something a little more useful," Walsh said.

Walsh hired contractor Murray Lampert to come up with a design that would keep half the space as a two-car garage, while turning the rest into a 230-square-foot apartment. It includes a bathroom with shower, as well as a kitchenette.

Murray Lampert CEO Gregg Cantor said many San Diego County cities are making it much easier to convert homes into granny flats, officially known as "accessory dwelling units," or ADUs. The City of San Diego has eliminated some fees to encourage homeowners, while also eliminating some regulations that used to block ADU creation.

A city spokesperson said there has already been a significant uptick in ADU applications in 2019. He estimates about 20% of those are garage conversions.

"They're not always directly for rental," Cantor said. "But I think the upside of it all is creating more rental space in San Diego County because there's a shortage and housing is very expensive."

Cantor warns that is important to follow all building codes and to get the proper permits before starting the project, rather than hire a contractor willing to do the work under the table.

"There is a process to do it to code that does cost a little more than just hiring a Chuck in a truck to build it and not get permits, but the payoff is way better," Cantor added.

This story was originally published by Jeff Lasky on KGTV.