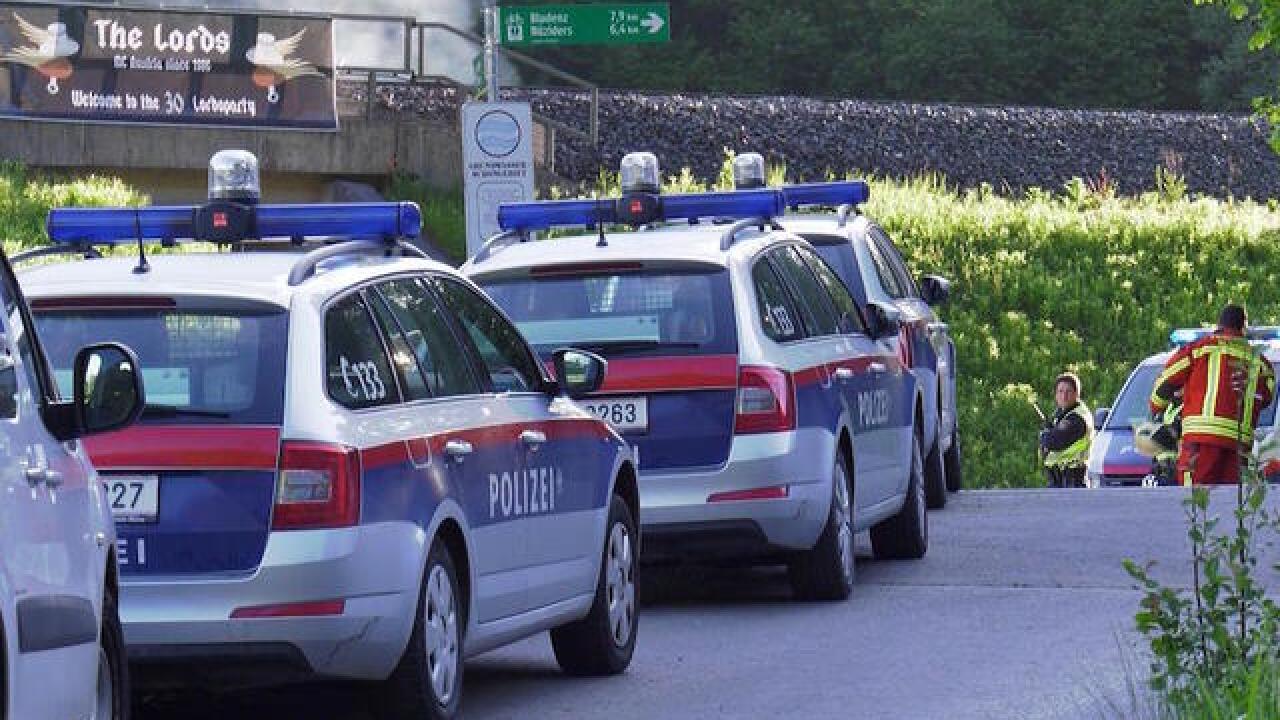 <p>This image made from TV shows police attending the scene of a shooting near Nenzing, Austria, Sunday May 22, 2016. A gunman fired shots early Sunday into a small crowd attending an open air concert organized by a local motorcycle club, killing two people and wounding others before shooting himself to death, police said. (Laendle.TV via AP) AUSTRIA OUT</p>

VIENNA (AP) — A gunman fired shots early Sunday into a small crowd attending an open air concert organized by a local motorcycle club, killing two people and wounding 11 others before shooting himself to death, police said.

Witnesses said panic broke out as the first shots rang out, with many in the crowd running into nearby woods or onto a freeway close to the venue in Austria's westernmost Vorarlberg province, according to Florian Kasseroler, mayor of the town Nenzing.

He said the gunman apparently fired from a Kalashnikov assault rifle and cited one witness as estimating that a burst of up to 40 shots was fired.

Police declined to comment on the type of weapon used beyond describing it as a long gun.

They said the overnight shooting was preceded by a loud argument between the 27-year-old gunman and a woman in a nearby parking lot.

"This argument must have escalated," said police spokeswoman Susanne Dilp. "The man then grabbed a gun from his car, went to the concert venue and started shooting around wildly."

The man killed himself after returning to the parking lot, said police.

The concert had been organized in a field by "The Lords" motorcycle club and was attended by about 150 people.

The woman, described as the gunman's partner, was not wounded in the shooting near Nenzing, about 40 kilometers (24 miles) east of Austria's border to Liechtenstein.

Police said one of the victims was in critical condition, while eight others remained hospitalized by Sunday afternoon, more than 10 hours after the shooting.