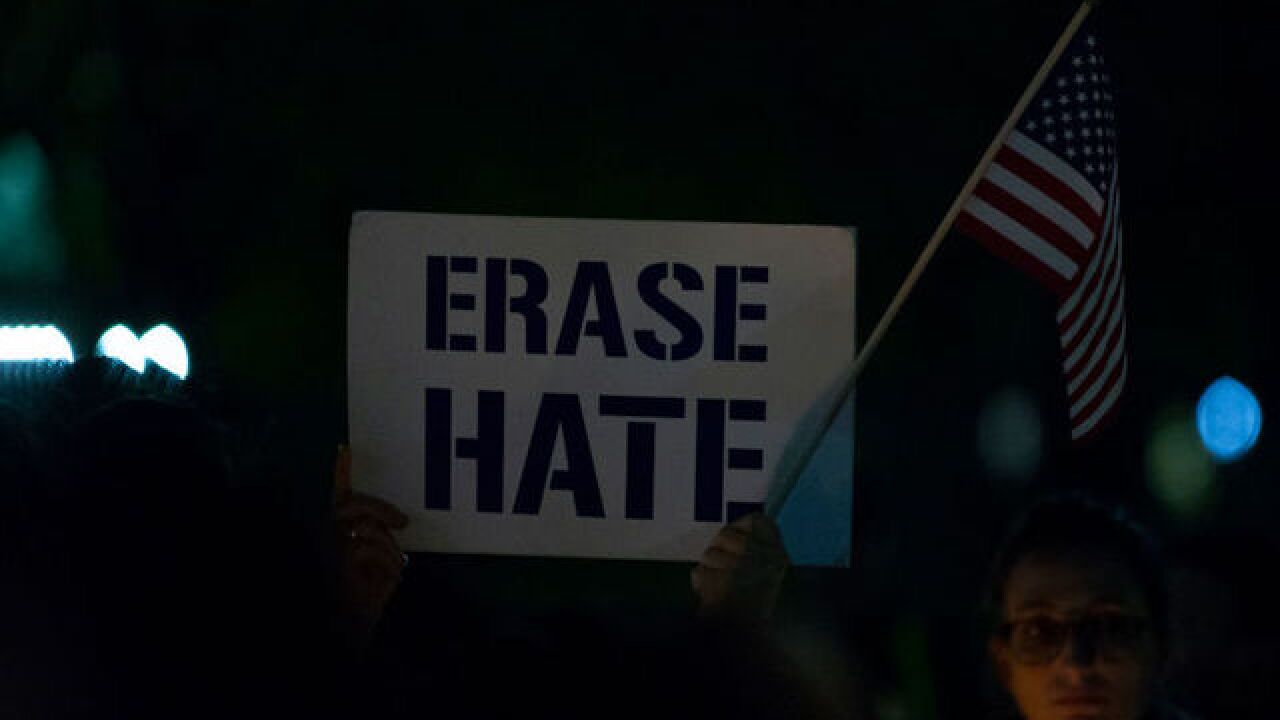 Image copyright 2018 Getty Images. All rights reserved. This material may not be published, broadcast, rewritten, or redistributed.
Alex Edelman
<p>A vigil participant holds a 'Erase Hate' sign during a Havdalah vigil for the victims of the Tree of Life Congregation shooting in front of the White House on October 27, 2018 in Washington, DC. </p>

Hate crime incidents reported to the FBI increased by about 17 percent last year compared to 2016, according to statistics released Tuesday by the FBI.

The statistics, which were released in the bureau's annual "Hate Crime Statistics" report, are a compilation of bias-motivated incidents submitted to the FBI by 16,149 law enforcement agencies.

The report found that 7,175 hate crimes were reported by law enforcement agencies in 2017, up from 6,121 reported incidents in 2016. While the number has increased, the number of agencies reporting also increased by about 1,000.

In a statement released Tuesday, acting Attorney General Matthew Whitaker said the report "is a call to action -- and we will heed that call."

"The Department of Justice's top priority is to reduce violent crime in America, and hate crimes are violent crimes," the statement read.

"I am particularly troubled by the increase in anti-Semitic hate crimes -- which were already the most common religious hate crimes in the United States -- that is well documented in this report. The American people can be assured that this Department has already taken significant and aggressive actions against these crimes and that we will vigorously and effectively defend their rights," the statement read.