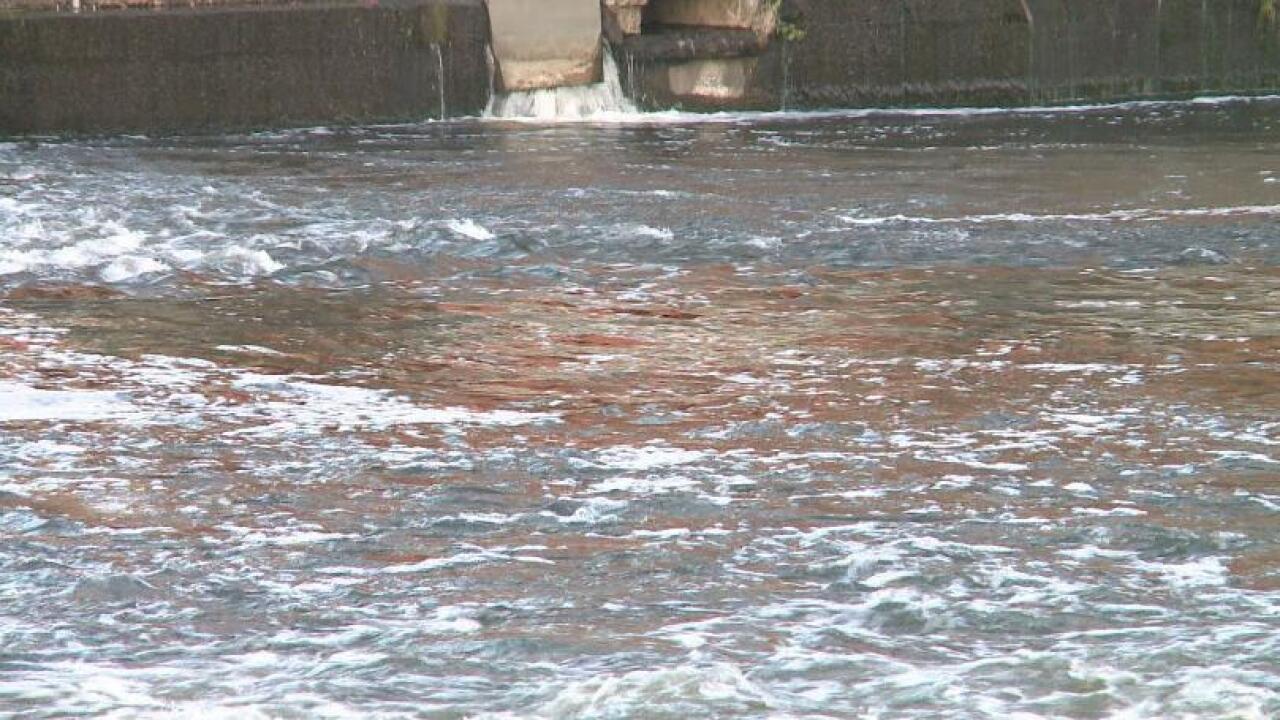 LANSING, Mich. -- The City of Lansing, Michigan is blaming heavy rain for millions of gallons of sewage that has spilled into the Grand and Red Cedar Rivers.

The majority of Lansing operates on a combined sewer system where both sanitary and storm water goes into the same pipe, a system that has led to sewage spills in the two local rivers.

"It's just when the pipes can not handle the flow then it overflows to the rivers," said Andy Kilpatrick, Lansing Public Service Director.

Kilpatrick said two inches of rain from recent showers on Oct. 2 and Oct. 11 caused the sewer pipes to spill excess levels in the rivers.

He said the spill was reported to the state and the Ingham County Health Department late Monday.

"They also have the monitors out there so they can sample the water and then if they find there is issues then they can basically issue information to the public," Kilpatrick said.

Department leaders are telling people to avoid direct contact with the water for at least three days.

City officials say they are working to separate the combined sewer system. The project has been in the works since the late 90s.

This story was originally published by Cryss Walker at WSYM.