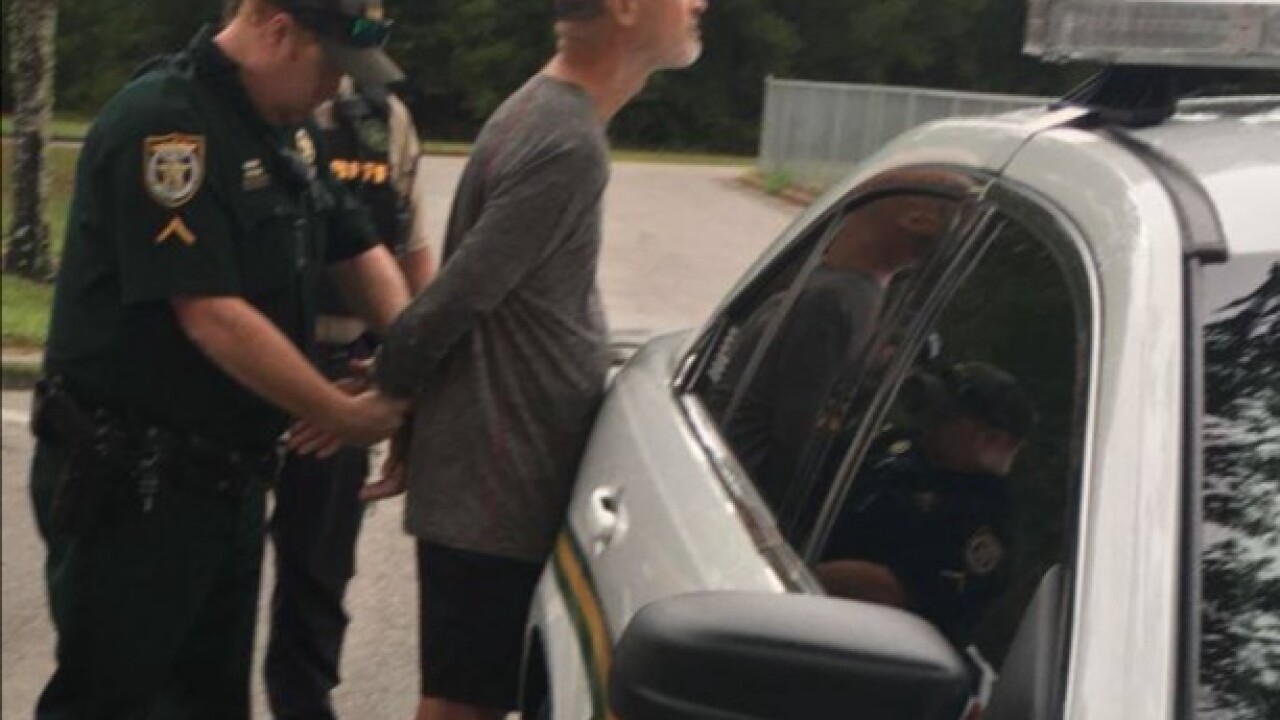 A 60-year-old homeless man was arrested on Thursday in Okaloosa County, Florida after he was accused of molesting a 6-year-old girl at an emergency shelter as residents rode out Hurricane Michael on Wednesday.

The makeshift shelter was located at a middle school.

According to the Okaloosa County Sheriff's Office, John Stapleton was arrested on charges of lewd and lascivious molestation of a victim under the age of 12.

According to the Northwest Florida Daily News, deputies said they routinely run background checks on evacuees entering emergency shelters. The Daily News said there was no record that Stapleton had ever been charged with child molestation in the past.