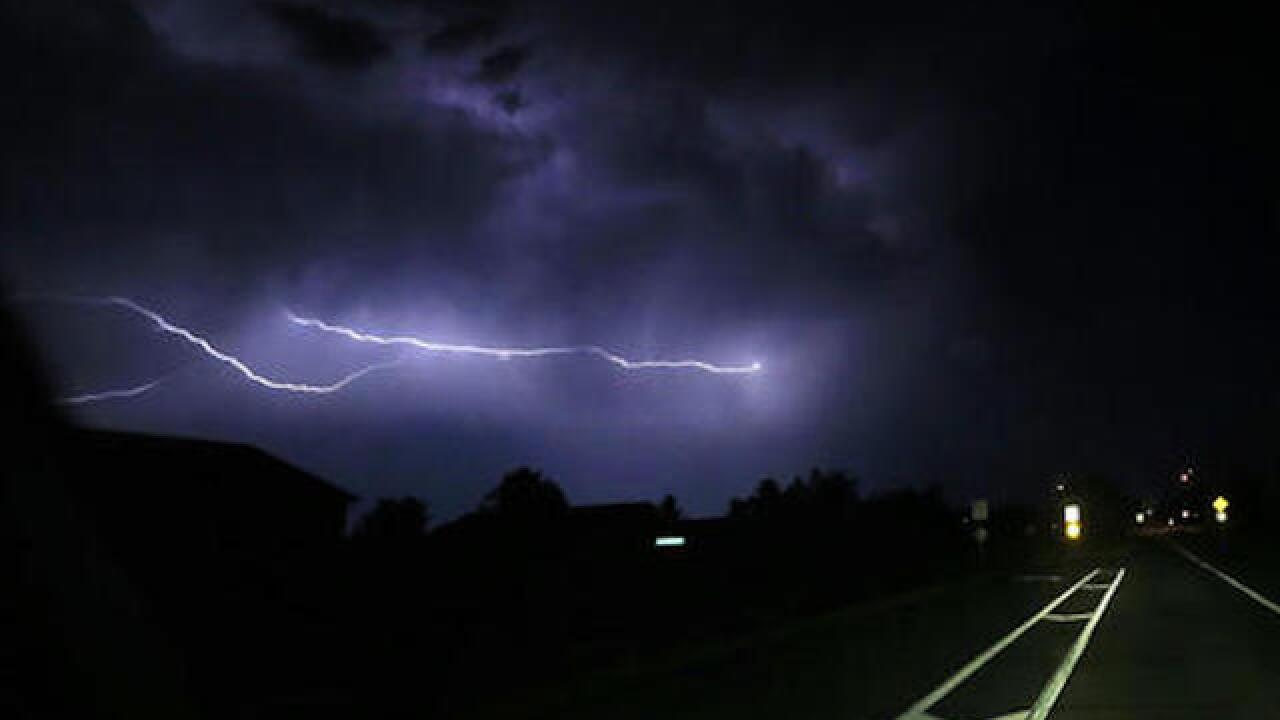 CHAPMAN, Kan. (AP) — A large tornado that the National Weather Service said was on the ground for about 90 minutes damaged or destroyed about 20 homes in a rural area of northern Kansas and came within a mile of hitting a small town.

There were no immediate reports of injuries or fatalities from the tornado Wednesday night.

Paul Froelich, Dickinson County fire district one chief, said Thursday that the tornado swept across a 23-mile stretch of rural Dickinson County, damaging about 20 homes, and that six of those homes are considered total losses.

He said crews have completed secondary searches of the damaged properties and residents are so far accounted for. More than 120 first-responders and some search dogs were on the scene overnight helping with searches, Froehlich said.

The tornado hit in a sparsely populated, rural area and missed Chapman, a small town of about 1,400 residents on the eastern edge of the tornado's path, he said.

"It's amazing how this tornado missed those centers of population," Froelich said. "And we had outstanding early warning on this. ... People knew well in advance of this storm. Consider also, this is Kansas. This is Tornado Alley."

The Red Cross set up an emergency shelter for displaced families.

The tornado formed just after 7 p.m. near the Ottawa County community of Niles and stayed on the ground continuously until around 8:35 p.m. when it dissipated, National Weather Service meteorologist Chad Omitt said. Estimates are that it was a quarter- to a half-mile wide at times, he said.

The weather service urged people to take cover as the "catastrophic" tornado approached Chapman, about 75 miles west of Topeka.

Omitt said "the heart" of the tornado at one point was just about a mile south of Chapman, which was devastated by a deadly tornado eight years ago.

The twister that hit June 11, 2008, tore a path of destruction six blocks wide through the town. Officials said one woman died, 100 homes were destroyed or heavily damaged, and 80 percent of the town was damaged.

On Tuesday, tornadoes in western Kansas injured at least two people, and one person drowned in central Oklahoma amid heavy rain. In Arkansas, a 13-year-old boy was found safe three hours after falling into a flooded drainage pipe.