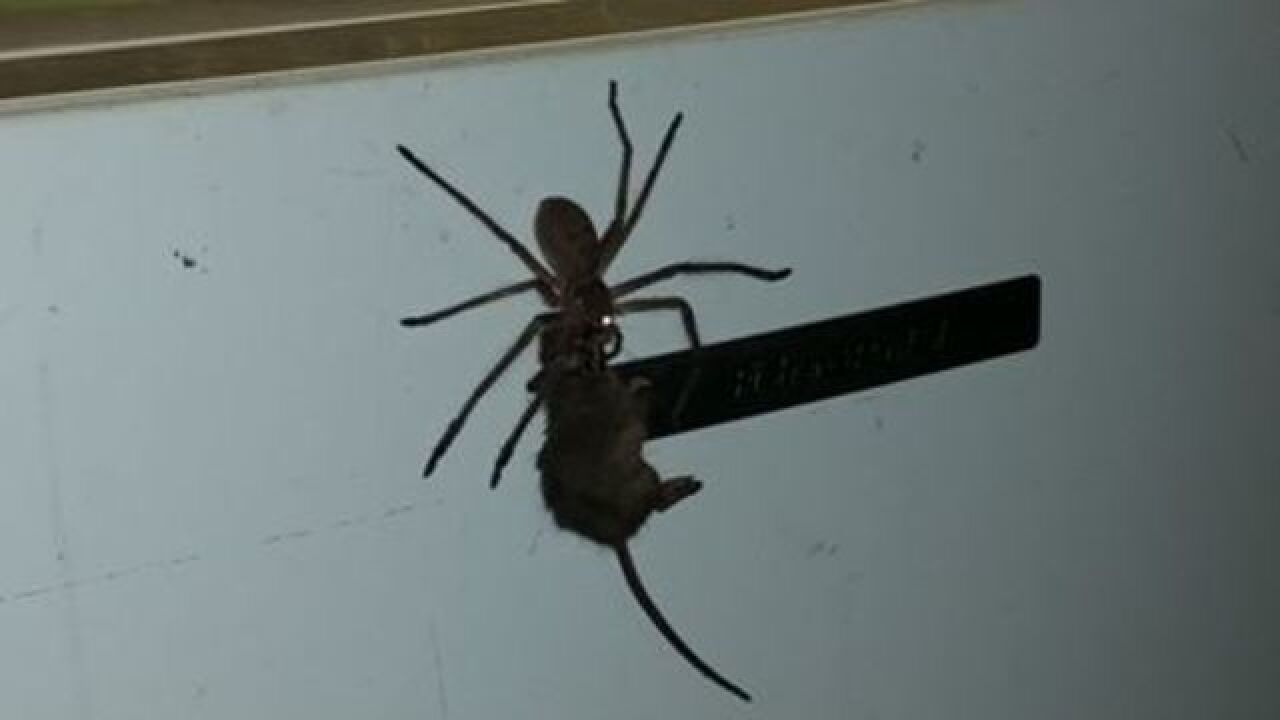 Just like something straight out of the film Arachnophobia, one man and his neighbor may have found the real life version.

"So I am just about to leave for work about 0030 and me neighbour says 'You want to see something cool' and I say 'Hell yeah'," Jason Womal wrote in a Facebook post. "So we proceed to his place and he shows me this. Huntsman trying to eat a mouse."

Photographs taken of the by Womal show the spider clutching the mouse by its head while it scurries up the fridge.

Jason wrote in a later post, "just letting you all know that the spider is fine. We have named him Hermie, we have adopted him and he is now running his own extermination business out of our town Coppabella. Oh and he is now paying rent."