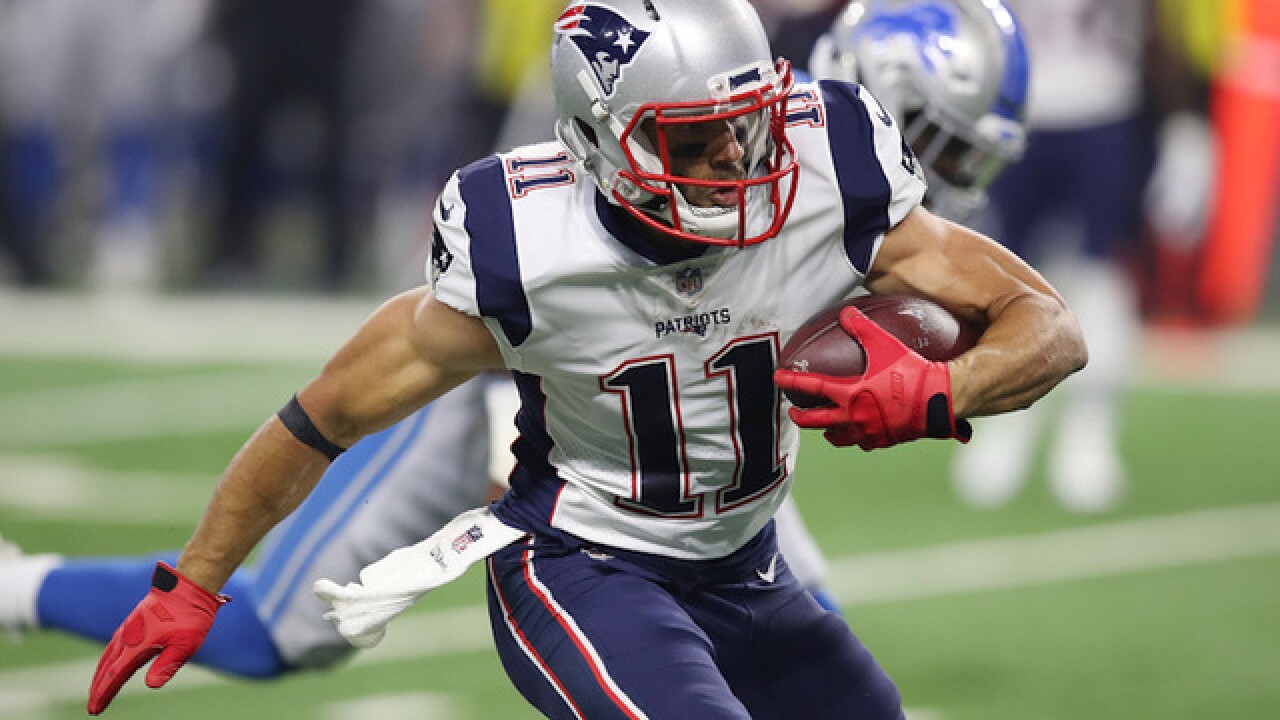 Image copyright 2018 Getty Images. All rights reserved. This material may not be published, broadcast, rewritten, or redistributed.
Gregory Shamus
<p>DETROIT, MI - AUGUST 25: Julian Edelman #11 of the New England Patriots runs for yards after a first quarter catch while playing the Detroit Lions during a preseason game at Ford Field on August 25, 2017 in Detroit, Michigan. (Photo by Gregory Shamus/Getty Images)</p>

A 14-year-old from Port Huron, Michigan has been arrested in connection to a threatening comment made on the Instagram account of New England Patriots receiver Julian Edelman.

According to a New York Times article, Edelman received a comment on an Instagram post late last month saying: "I'm going to shoot my school up watch the news."

The New York Times reports that Edelman's assistant called 911 and police determined the sender's email and IP address was traced to Port Huron.

The teen was brought in for questioning and admitted to making the threat. He was arrested and charged with making a false report of a threat of terrorism, a four-year felony in Michigan.

Police say a search of his home turned up two rifles that belonged to the teen's mother. Port Huron detectives credited Edelman with bringing the threat forward.