How to watch 'ring of fire' eclipse this weekend 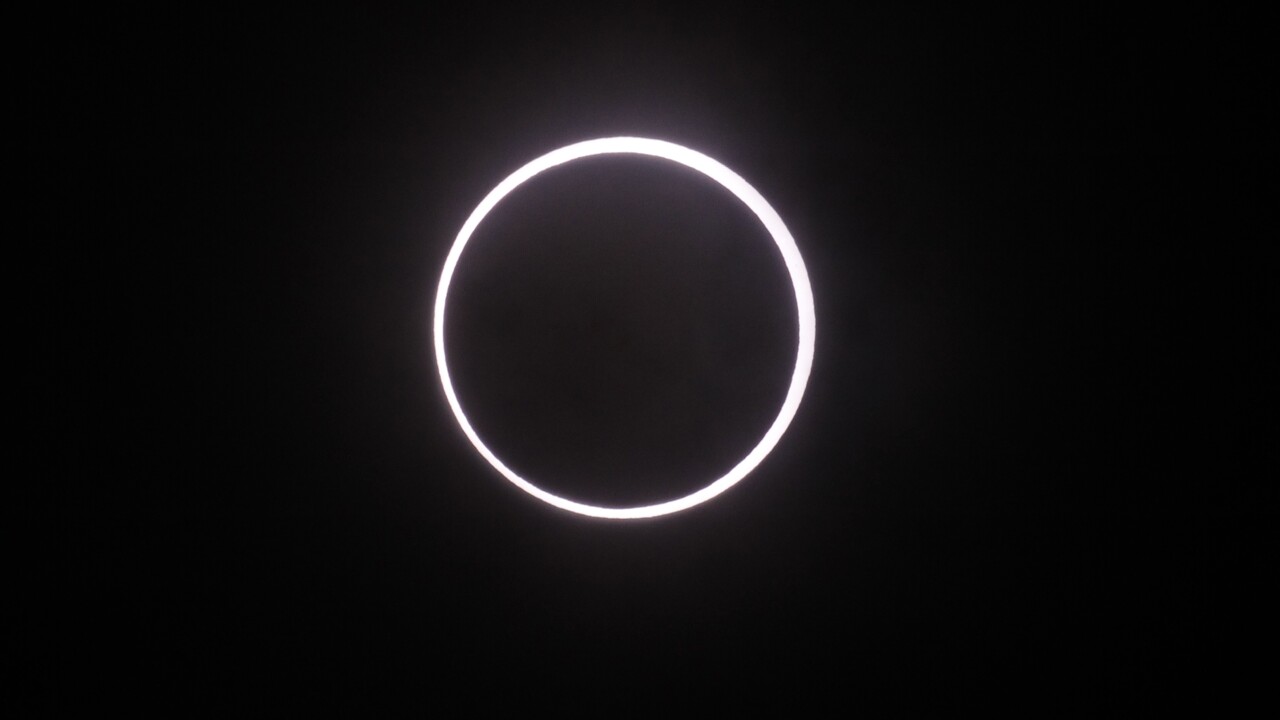 This weekend marks the official astronomical beginning of summer, and it will also feature a solar eclipse creating a rare “ring of fire”. Set your alarm and watch this unique event online.

Around 2:30 a.m. EDT on Sunday, the moon will pass between the Earth and the Sun, causing an annular solar eclipse to be seen from parts of Africa, southern Europe and Asia.

Given the orbital position of the Moon and Earth right now, the eclipse at its peak will show a bright ring of light around the moon, which some call a “ring of fire”. The Latin word “annulus” means ring, this is why it is called an annular solar eclipse when there is a ring of sunlight around the moon.

The best viewing for this astronomical event will be along a narrow strip from Africa through India to the Pacific Ocean. Here's an animation from NASA of what it will be like.

There are ways to watch from the comfort of your own home. Watch the eclipse live here, on the Virtual Telescope Project, or from NASA’s YouTube channel.

If you sleep through this one, the next eclipse will be a total solar eclipse later this year on December 14.