Hurricane Lane, headed toward Hawaii, downgraded to a Category 4 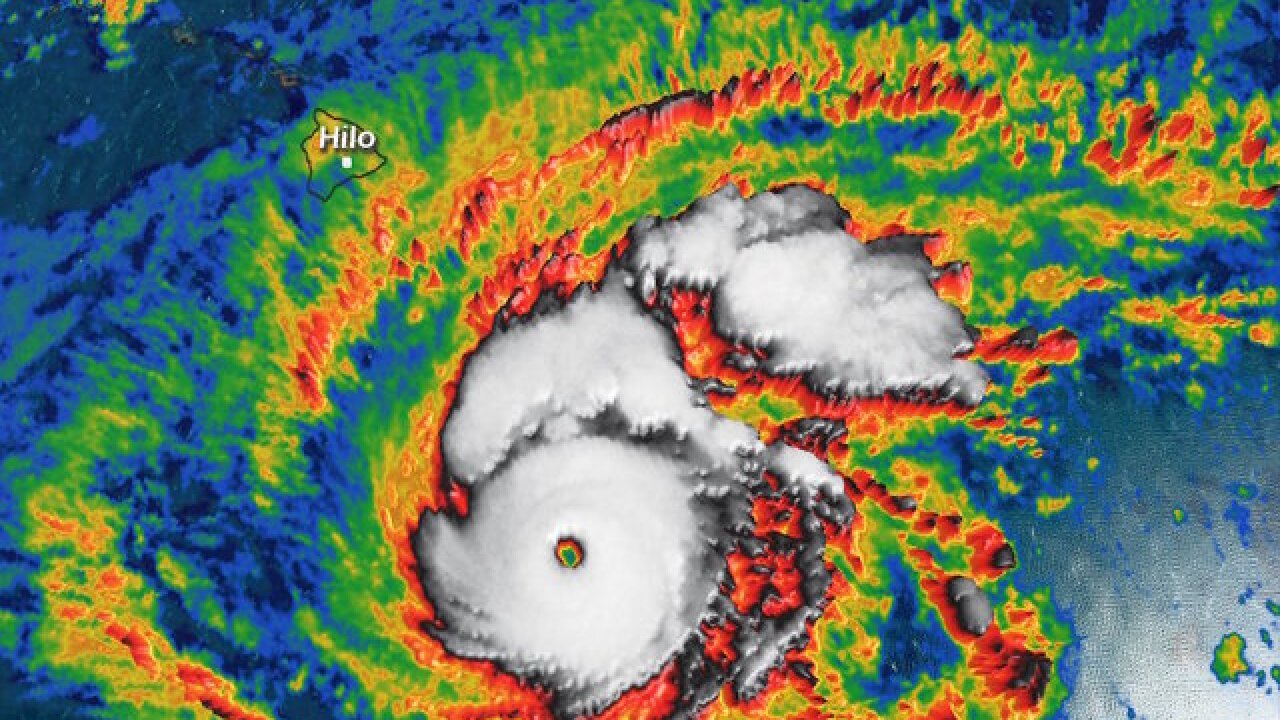 Hurricane Lane has weakened to a Category 4 storm, though it is forecast to remain a dangerous hurricane as it draws closer to the Hawaiian Islands, the Central Pacific Hurricane Center says.

Hurricane Lane has strengthened into a Category 5 storm as it rolls toward Hawaii -- just two weeks after Hurricane Hector passed the islands.

Hurricanes rarely make landfall in Hawaii, as the Central Pacific does not see as many storms as the Atlantic or Eastern Pacific, and the Hawaiian Islands present a small target in the vast Pacific Ocean.

Only four named storms -- two hurricanes and two tropical storms -- have made landfall in Hawaii since 1959. Even close calls are somewhat rare, with Hawaii getting a named storm within 60 miles of its coastline about once every four years on average.

But Hurricane Lane looks poised to affect the Aloha State, and was about 480 miles southeast of Honolulu early Wednesday with maximum sustained winds of 160 mph, just above the Category 5 threshold.

The forecast puts the storm very close to the islands, with a direct landfall possible later this week.

Though the storm is expected to weaken somewhat as it approaches Hawaii, Lane has become one of only two Category 5 hurricanes to come within 350 miles of the state in recorded history, the National Weather Service said.

"On the forecast track, the center of Lane will move very close to or over the main Hawaiian Islands from Thursday through Saturday," the weather service said.

A hurricane warning is in effect for Hawaii County while a hurricane watch has been issued for Maui County and Oahu.

A hurricane warning means that hurricane conditions are expected within the warning area, and is issued 36 hours before the anticipated first occurrence of tropical-storm-force winds.

"Preparations to protect life and property should be rushed to completion," the National Weather Service said.

A hurricane watch means that hurricane conditions are possible within the watch area, according to the National Weather Service's (NWS) Central Pacific Hurricane Center in Honolulu.

More watches and even warnings could be necessary for additional islands as the storm moves closer in the next day or two.

American Airlines and Hawaiian Airlines issued travel advisories to customers flying to or from Hawaii. Both are waiving reservation change fees as the hurricane approaches.

Tropical-storm-force winds could arrive on Wednesday in the Big Island, and in the smaller islands by Thursday or Friday.

In addition to strong winds, the primary threats will be rough surf, coastal erosion, and heavy rainfall, even if the center of the storm does not move directly over the islands.

Large waves are already being experienced along the eastern edge of Hawaii, with a "sizable swell already propagating out from this storm, which is currently impacting the eastern exposures throughout the Hawaiian Islands, showing strongest along the Hilo Side of the Big Island," according to Jonathan Warren, lead forecaster for Surfline.com.

While there is still considerable uncertainty in the forecast for Lane, it appears the storm will be passing close enough to the islands on Thursday through Saturday to bring significant impacts to the southern portions of the islands, especially along the coastline.

Hawaii has been experiencing a volcanic eruption for much of the summer. Mount Kilauea began producing lava flows in early May and portions of the southeastern coastline of the Big Island have been transformed by the lava flows that covered over 13 square miles (35 square kilometers).

Fortunately, the eruptive activity of Kilauea has "paused," with no new lava flows since August 9, according to the Hawaiian Volcano Observatory.

Since there is not much lava reaching the ocean anymore, the hurricane shouldn't have too much of an impact on the volcano region, according to Denison University Geophysicist Erik Klemetti.