Inside Air Hollywood: Where iconic scenes are filmed

Inside Air Hollywood: Where iconic scenes are filmed 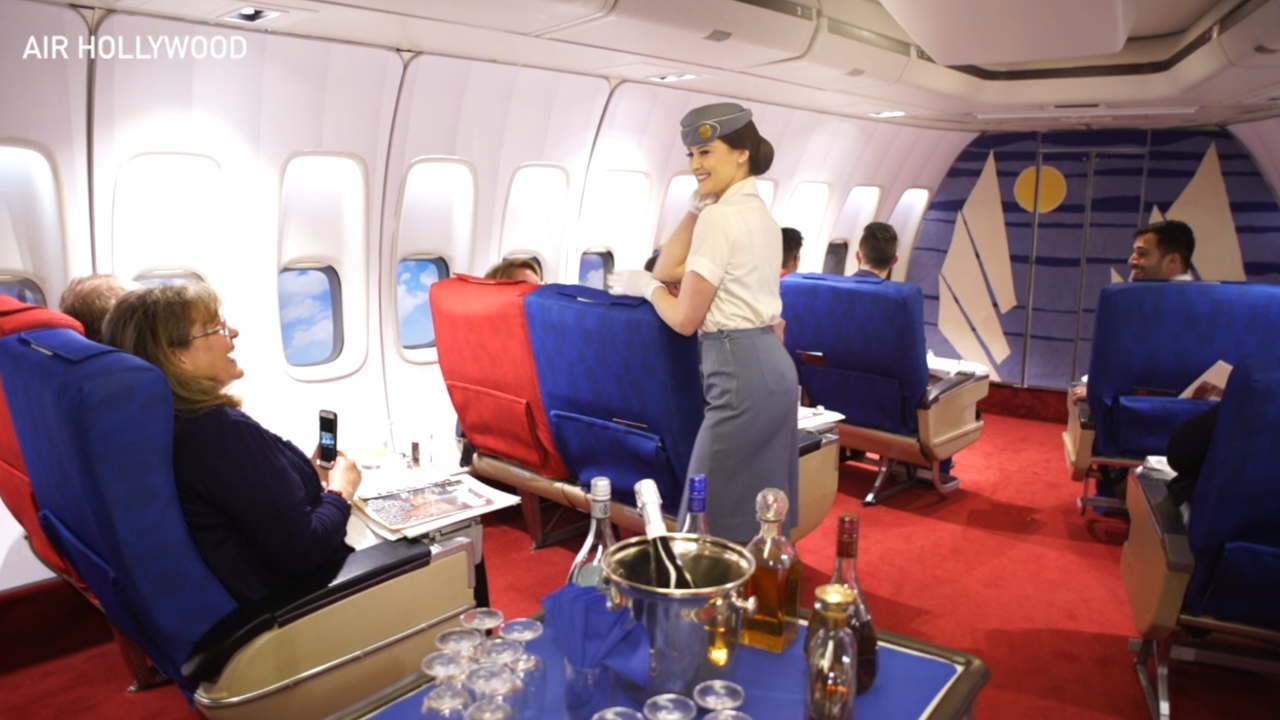 Some of the most iconic scenes from our favorite films and shows take place in the air. But chances are they were filmed on the ground in a warehouse near San Fernando, California.

In fact, the iconic movie Airplane was filmed there.

Any kind of scene related to air travel from security to the interiors can be done at Air Hollywood.

Air Hollywood is the brain child of self-proclaimed aviation geek Talaat Captan, a former movie producer who came up with the idea after facing so many challenges anytime he wanted to do a plane scene.

“You name it. Trying to get in an airport, trying to get a plane, it was really a challenge,” he says. “Then, I realized there’s an opportunity here.”

He keeps Air Hollywood’s four aircraft sets in as close to working order as possible, from cockpit electrics to the overhead bins.

Air Hollywood seems to have thought of everything.

“The entire platform here on the plane is built on airbags on hydraulics,” Captan describes. “We can lift it up and shake it a lot. Literally, if I close the windows and put the sound effect on and then shake the plane, you definitely think you’re on an airplane.”