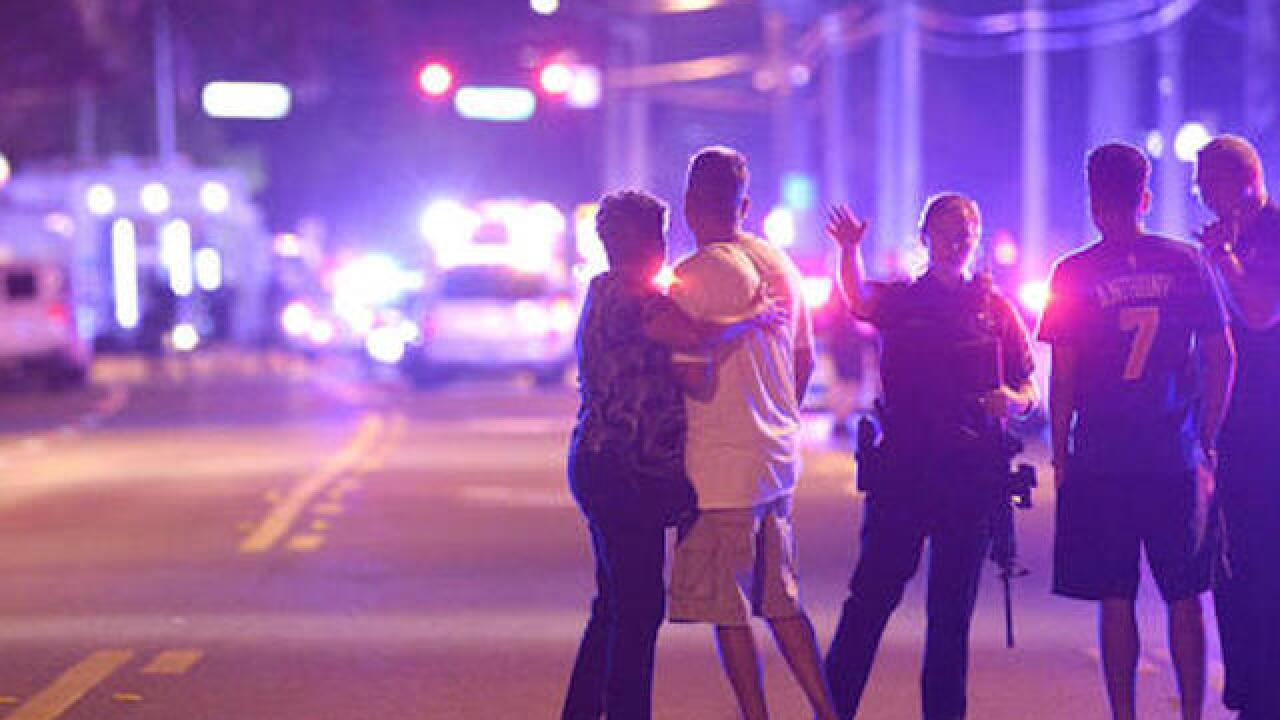 Copyright Associated Press
Phelan M. Ebenhack
<p>In this Sunday, June 12, 2016 file photo, Orlando Police officers direct family members away from a fatal shooting at Pulse Orlando nightclub in Orlando, Fla. With news that Omar Mateen killed dozens of people in a gay nightclub in Florida and was born to Afghan immigrant parents, the Afghan-American community is expressing horror, sorrow and disbelief that one of their own could commit the worst mass shooting in modern U.S. history. (AP Photo/Phelan M. Ebenhack)</p>

ORLANDO, Fla. (AP) — Omar Mateen drove around the Orlando area the night before the nightclub massacre, visiting several places, the mayor said Wednesday as investigators tried to piece together the killer's movements and zeroed in on how much his wife may have known about the plot.

An official who was briefed on the case but insisted on anonymity to discuss a continuing investigation said authorities believe the wife, Noor Salman, knew ahead of time about the attack that left 49 victims dead, but they are reluctant to charge her on that basis alone.

Investigators have spoken extensively with her and are working to establish whether she recently accompanied Mateen to the Pulse club, said a second official who was not authorized to discuss the case publicly. The official said investigators have not ruled out charging others, including Salman.

The FBI has recovered Mateen's phone and will use location data to verify whether he previously visited the club, the official said. Orlando is nearly a two-hour drive from Mateen's home in Fort Pierce, Florida.

Orlando Mayor Buddy Dyer said Mateen drove around on Saturday night before he opened fire at the gay nightclub about 2 a.m. Sunday in an attack that ended with the 29-year-old American-born Muslim being killed by a SWAT team.

"What I know concretely is that he was driving around that evening and visited several locations," Dyer said.

When asked exactly where Mateen visited, and whether the locations included theme parks as reported in news accounts, the mayor said: "I think it's been pretty accurately depicted on the news." He gave no further details.

In other developments, Florida documents obtained by The Associated Press under open-records laws show that Mateen passed a psychological evaluation in 2007 as part of his application to be a private security guard.

Mateen was determined to be mentally and emotionally stable so that he could work for Wackenhut Corp., later renamed G4S Secure Solutions. The records say he took a written psychological test or was evaluated by a psychologist or psychiatrist.

He also stated in his 2007 firearm application that he had not been diagnosed a mental illness and had no history of alcohol or substance abuse.

On Tuesday, a survivor of the massacre, 20-year-old Patience Carter, shed more light on Mateen's thinking, saying he talked about wanting America to "stop bombing my country" — a possible reference to his father's native Afghanistan.

A number of possible motives and explanations have emerged, with Mateen calling 911 to profess allegiance to the Islamic State group, his ex-wife saying he was mentally ill and his father suggesting he hated gays.

The picture grew more complex Tuesday when a U.S. official said the FBI was looking into a flurry of news reports quoting people as saying Mateen frequented the nightspot and reached out to men on gay dating apps. The official was not authorized to discuss the investigation and also spoke on condition of anonymity.

Some psychologists raised the possibility that Mateen was sexually conflicted and lashed out, or else was casing the nightclub and trying to find potential victims online.

Mateen's father, Seddique Mateen, denied his son was gay and said that if he had been in the nightclub before, he may have been "scouting the place."

Mateen's ex-wife, Sitora Yusufiy, said earlier in the week that he was mentally ill and abusive. Amid the latest reports about his club-going, she told CNN: "Well, when we had gotten married, he confessed to me about his past that was recent at that time and that he very much enjoyed going to clubs and the nightlife and there was a lot of pictures of him."

"I feel like it's a side of him or a part of him that he lived but probably didn't want everybody to know about," she said.